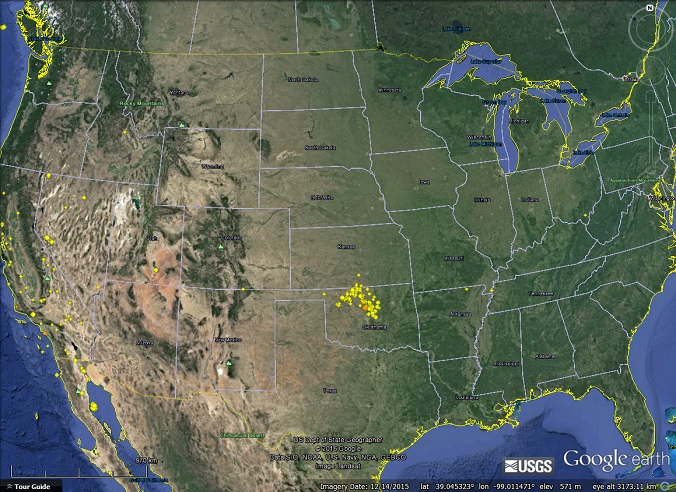 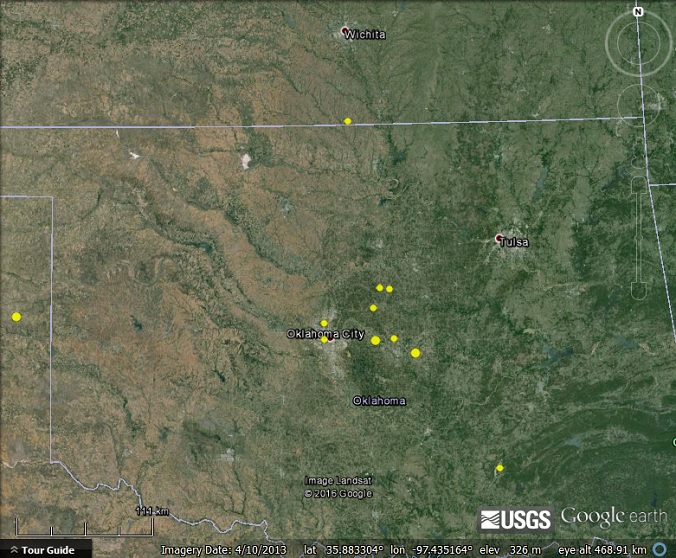 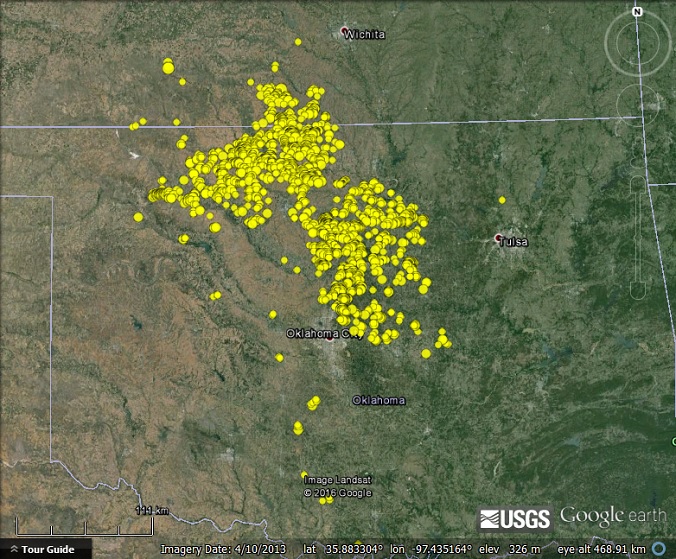 As they did not long after Hurricane Sandy struck the northeast United States last fall, Google has just pushed out new imagery from the devastating tornado that recently hit Moore, Oklahoma. 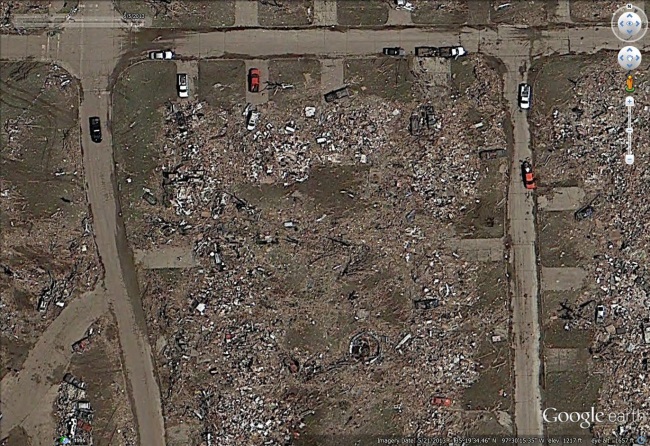 The imagery was captured on May 21, 2013, just one day after the tornado hit.  It’s not the default imagery for the area, but if you simply fly to Moore and turn on the Historical Imagery layer you’ll see it.  For a bit of help with that, this KML file

will fly you there and turn on the historical imagery for you.

Thanks to GEB reader ‘Munden’ for letting us know about it.

As Google often does after horrible events like the tornadoes in Oklahoma this week, Google has created a Crisis Response Page to assist with the relief effort.  The map includes a wealth of information including shelter locations, church and school closings, storm reports, a preliminary tornado track and much more. 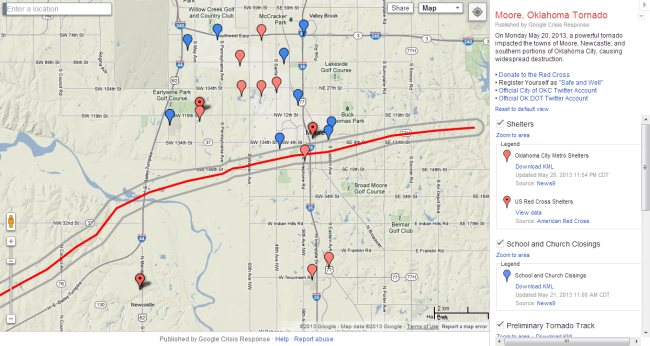 In addition, the +Google for Media page has created 3D models of Plaza Towers Elementary School, Briarwood Elementary School and Moore Medical Center for use as needed.  You can download the models here. 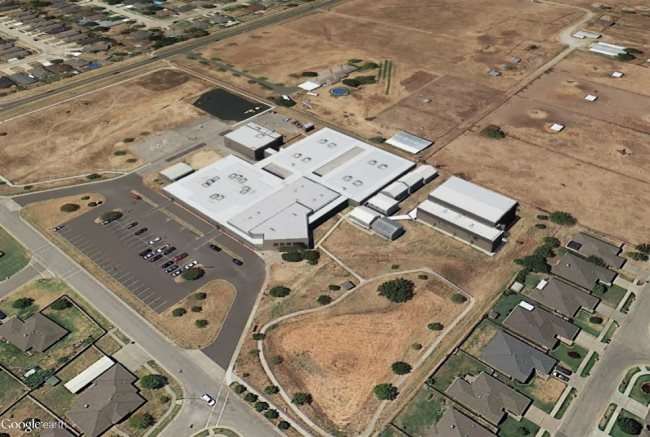 Another source of mapping information is the BBC, which has a detailed map of the tornado, along with a variety of before/after pictures.

While the residents of Oklahoma will certainly value your thoughts and prayers, financial assistance is often the best way you can help.  We strongly encourage you to donate to the American Red Cross to support their efforts.

A few years ago Steve shared some amazing visualizations of the Joplin tornado, and he’s back with similar images from Oklahoma.  You can download the files/movies here, and see a sample below: 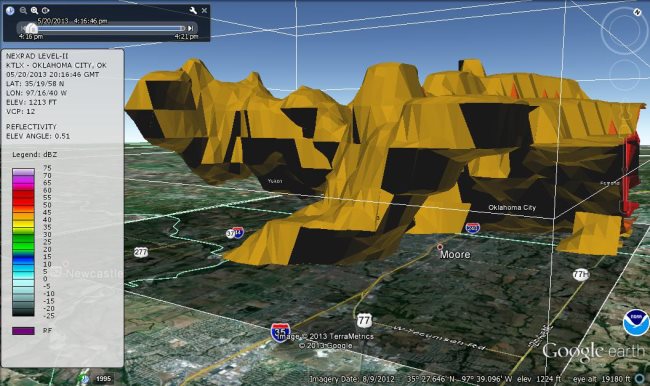