Back in April, the Bingham Canyon Mine was home to the largest non-volcanic landslide in the history of North America, when nearly 70 million cubic meters of dirt and rock collapsed into the pit.  The NASA Earth Observatory website has posted imagery of the post-collapse site, which can be seen here: 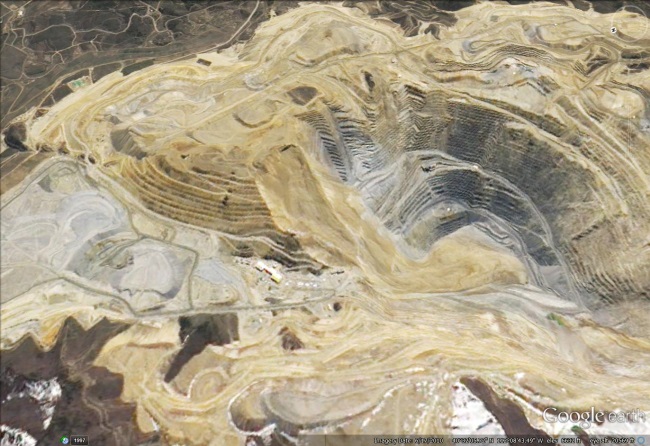 You can view that imagery in Google Earth by loading this KML file.

Fortunately, because of the forethought of mine ownership, no one was injured or killed in the collapse:

The company that operates the mine had installed an interferometric radar system months before the event that made it possible to detect subtle changes in the stability of the pit’s walls. Signs of increasing strain prompted the mine’s operators to issue a press release seven hours before the collapse, with a warning that a landslide was imminent. All workers were evacuated and production had stopped before the landslide occurred; as a result, no one was injured.

You can read more about the collapse and the imagery on the NASA Earth Observatory site.