We recently came across this interesting article. It appears that the Dubai Municipality plans to create a 3D map of the whole emirate. It is intended primarily for government use, but it will also be made available to the general public. It will be captured using octocopter drones.

Dubai apparently has not allowed Google to take aerial photos of the city, let alone map it in 3D. We don’t know the reason for this, but it could be a desire to censor certain locations, as will be done in the Dubai 3D project. However, Google has censored 3D imagery in Greece, either by making the 3D imagery very blocky, as in the case of Cephalonia International Airport, or simply leaving out the location, as is the case with Mykonos Island National Airport

. So is this likely to happen in other major cities around the world, where Google or other mapping companies are prevented from capturing imagery? 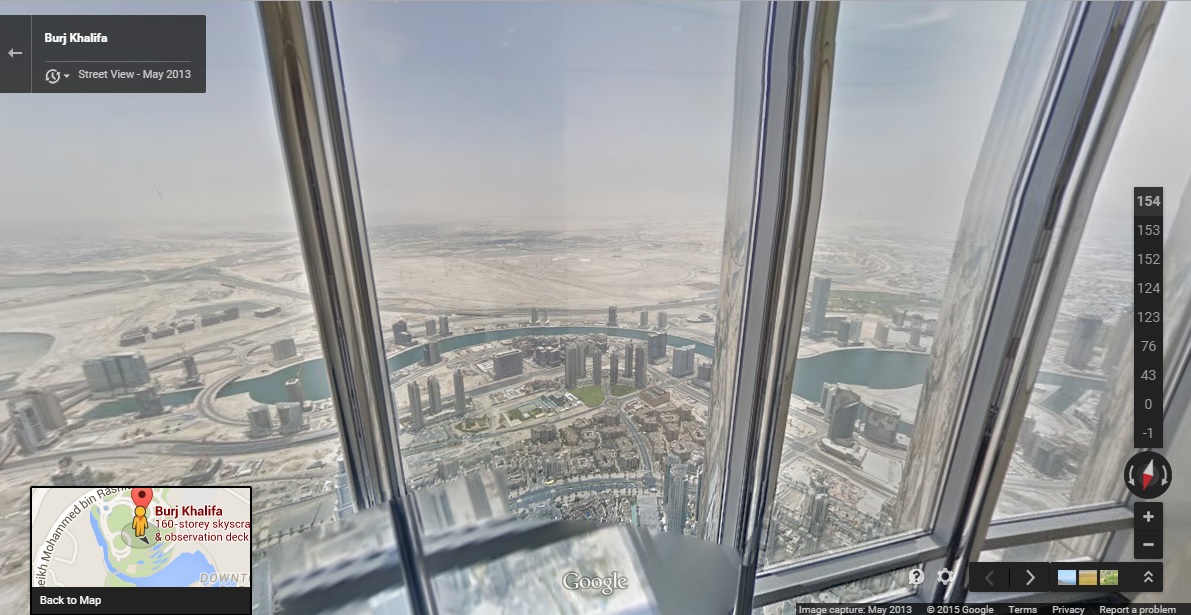 View from the 154th floor of the Burj Dubai as seen in Street View.

The Burj Khalifa in Dubai, the tallest building in the world, is now accessible via Street View.  Google used a variety of devices and techniques (including the “trekker“) to capture the building and it is absolutely amazing. 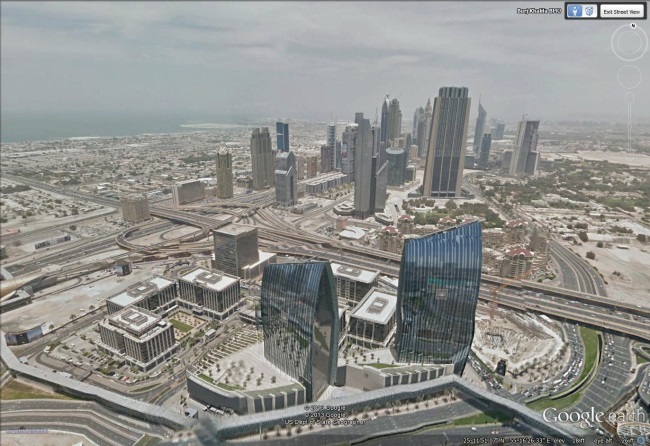 You can experience it by using the normal Street View tools in either Google Earth or Google Maps, though it’s a bit tricky to move to different floors.  A better bet is to use this Street View gallery to check out the various locations that have been captured.

In addition, Google has created a nice video that shows some of the behind-the-scenes work that made this new imagery possible: