We have featured Colin Hazelhurst’s work a number of times before, including a recreation of the famous flight of The Spirit of St. Louis flown by Charles Lindberg, and James Cook’s circumnavigation of New Zealand.

He has recently produced a new tour he calls ‘Americons’ showing the Spirit of St. Louis visiting the Golden Gate Bridge. It is best viewed in Google Earth by downloading this KMZ file

, as you can pause it at any time and have a look around at the scenery. 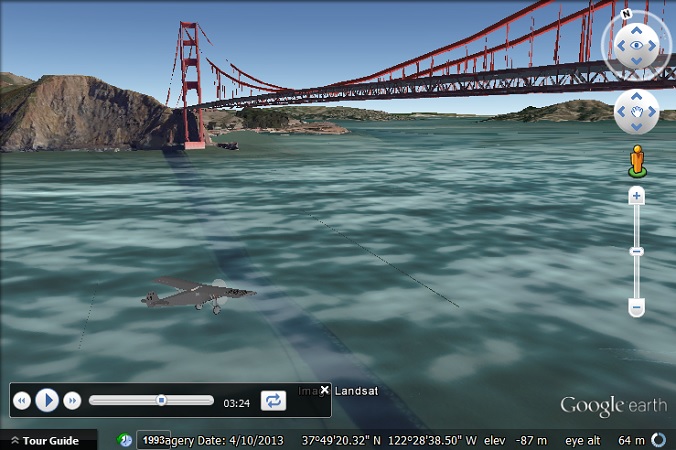 The Spirit of St. Louis flies under the Golden Gate Bridge.

He has also put a video of it on YouTube:

For more on Cook’s voyages be sure to check out Colin’s website. 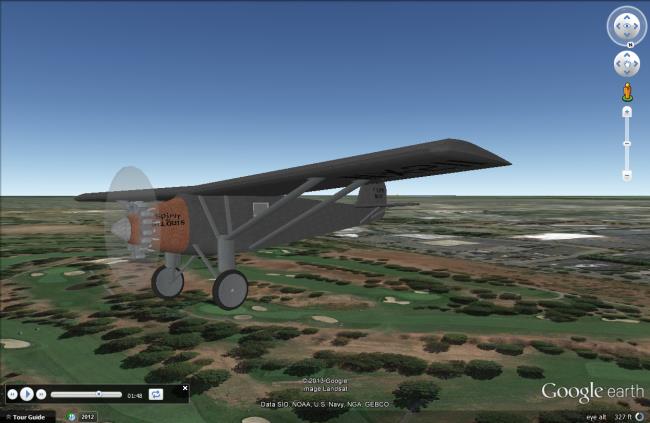 Colin Hazelhurst, who has built impressive tours such as Captain James Cook’s exploration of Australia, is back with an amazing collection of tours that show the voyage of Captain Joshua Slocum in his book “Sailing Alone Around the World“. 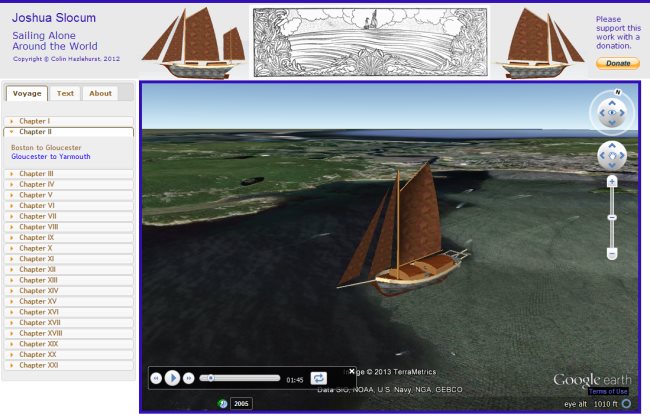 Captain Joshua Slocum is credited with making the first single-handed voyage around the world, departing from Boston in April, 1895 and arriving in Newport in June, 1898 after a journey of some forty-six thousand miles The animations presented on Colin’s site are organized by the chapters of Slocum’s book and within that into the significant passages that made up his voyage.

In addition to the impressive collection of narrated Google Earth tours that you can find on his website, Colin is also converting all of them into YouTube videos for easy viewing.  As an example, here is Chapter III Part 3: “At Fayal in the Azores”:

For more about this great collection of tours, you can follow Colin on Google+ or visit hazelhurst.com/Slocum to see all of the tours.