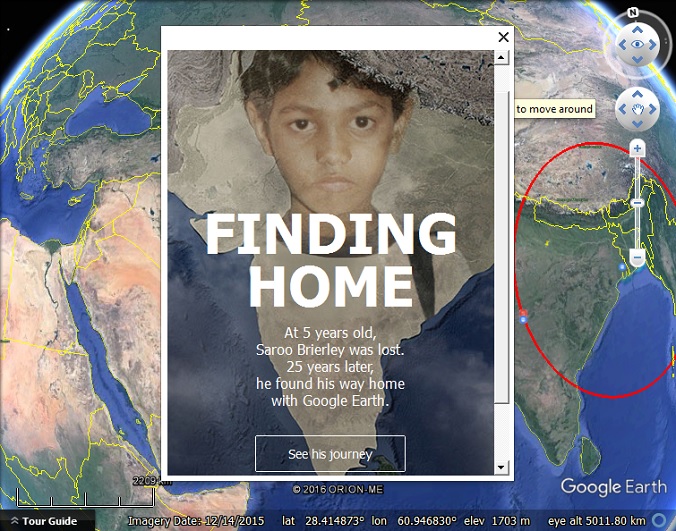 A couple of weeks ago Google updated the Voyager layers in Google Earth. We have already had a look at the new ‘Animal View’ sub layer and the updated ‘Satellite imagery updates’ layer.

The ‘Earth View landscapes’ layer which shows the locations of the landscapes featured in the ‘Earth View’ Google Chrome extension, has not been updated and does not appear in Edition 2 of the Voyager layers.

The ‘Street View highlights’ layer has been updated with all new locations.

The ‘3D cities’ layer only shows recent additions of 3D imagery, rather than the complete set. It also does not include the very latest releases. It covers additions from July 1st, 2015 to about September 22nd, 2015. Edition 1 went up to the end of June.

Although Edition 1 of the Voyager layer is no longer displayed in Google Earth’s Layers it can be accessed by clicking the ‘Download’ link found in the Voyager layer. This copies the Voyager layer into your ‘Temporary Places’ and includes both Edition 1 and Edition 2 of the layers. You can then either save the layers as KML or move them to your ‘Places’. Note that if you wish to keep a permanent record in case Google ever removes them from the default Layers, you should save all the sub layers individually, as the main layer contains network links to KMLs and saving it will not save all the data.

The advantage of downloading the KML version of the Voyager layers is that you can then manipulate them, as we did for the ‘Satellite imagery updates’ layer or as you can see below, you can easily change the colour of the icons in one of the editions and then view the two editions together for comparison. 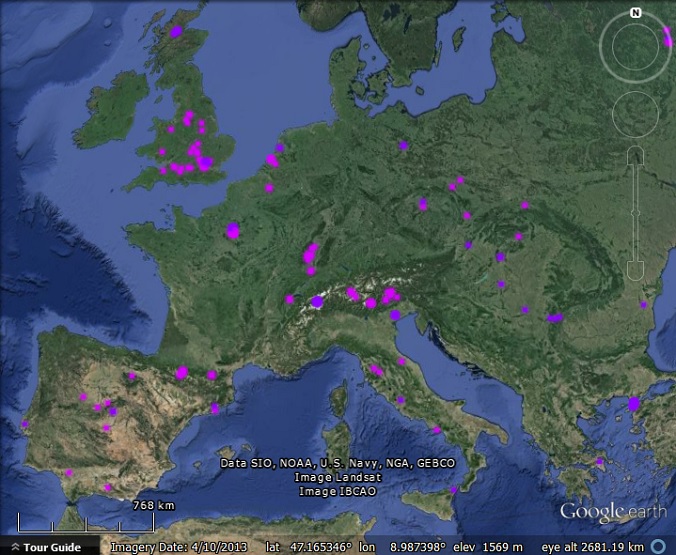 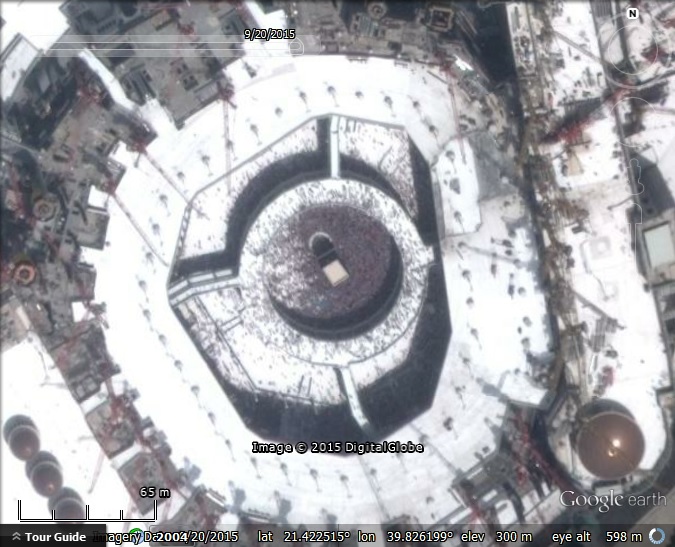 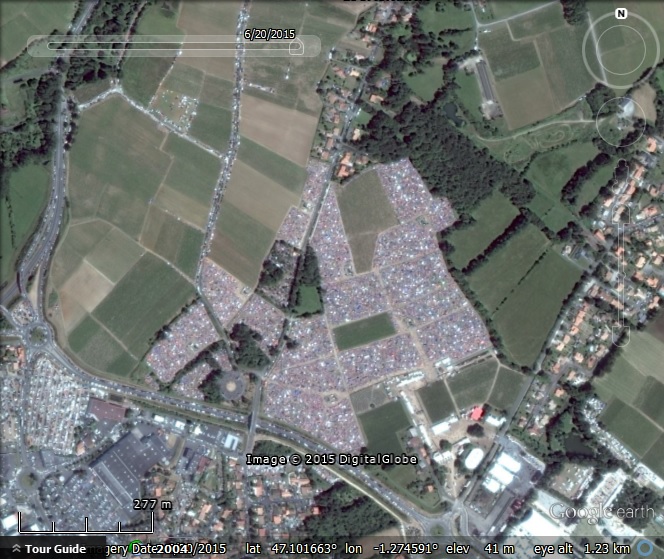 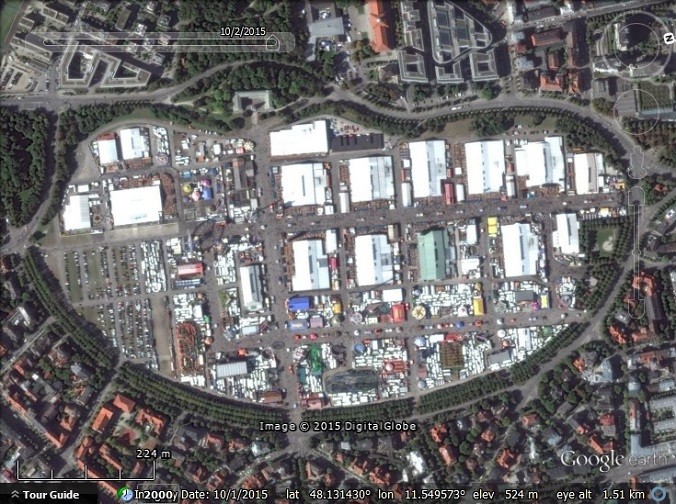 Back in June, timed to coincide with the 10th anniversary of Google Earth, Google introduced some new layers to Google Earth under the heading ‘Voyager’. Today, the layer has received an update and includes a new sub-layer named ‘Animal View’ that is described as ‘exotic creatures in their natural habitat’. 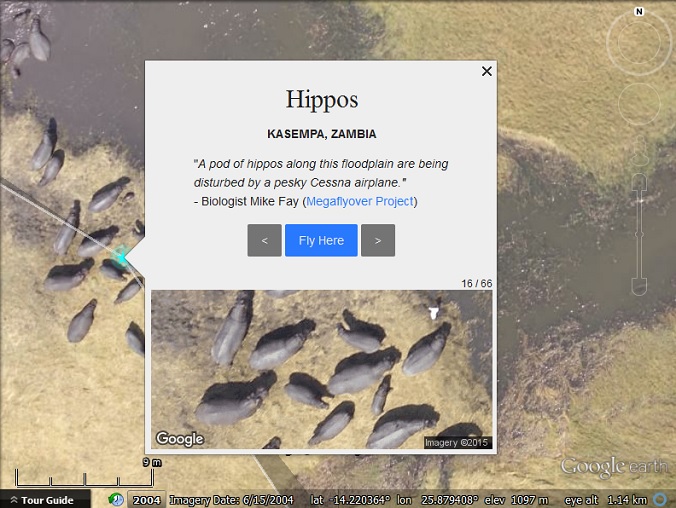 Many of the locations are high resolution aerial images captured as part of the National Geographic African Megaflyover. It also features Street View from various locations, including the recently added Kenyan imagery, Underwater Street View, Street View captured from a boat travelling along the Amazon, and many more locations around the world. 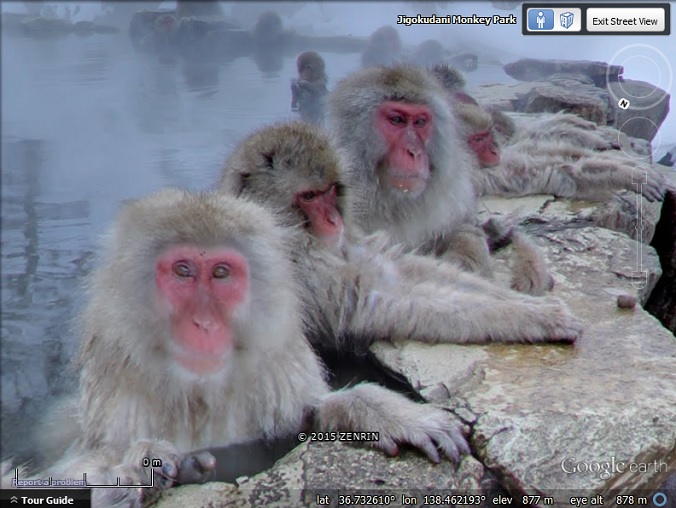 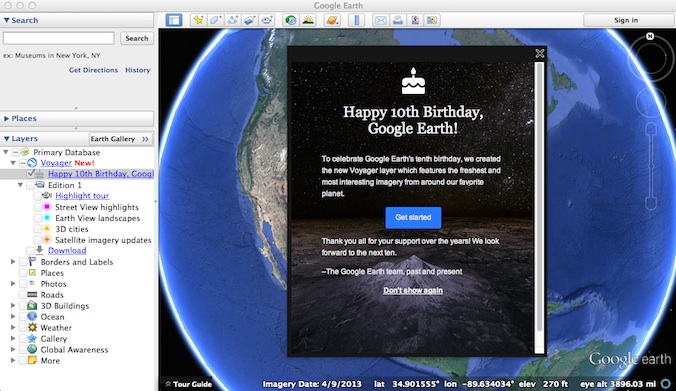 First, let’s talk about the new layer Google announced. If you start up Google Earth today, you get a new layer in the layers panel on the lower left called “Voyager” and you will soon see they are calling it “Edition 1”. Future editions will update the content and possibly add even more features. The layer is intended to help show you the locations of all the most recent imagery and data available in Google Earth in four main categories:

The layer also has a “Highlight tour” that literally flies you around the Earth to highlight samples from each of the new layers. Just to give you a taste, I’ve created short YouTube video that demonstrates the new layer and the tour.

Today’s Google blog post was by Sean Askay who has been written about many times on Google Earth Blog. In the early days after Google Earth was released, Sean used the program for his Master’s studies. He later created some amazing stories using Google Earth and he was so innovative that Google ended up hiring him. He went on to create even more content, but also created the Tour mode in Google Earth that is actually a great resource for doing self-guided demonstrations (including the new Voyager layer). My favorite was the one he did with Astronaut Buzz Aldrin for the 30th anniversary of the Apollo 11 landing on the moon in 2009.

In Sean’s post, he not only announced the new Google Earth Voyager layer, but also a larger collection of beautiful Earth Views for the popular Chrome extension, and a slick new Earth View web application that shows not only the views, but also a little animated globe mapping the location of each shot.

Interesting Hints at the Future of Google Earth

Google made it very plain in their blog post, and in the new layer, that they look forward to seeing Google Earth for another ten years. Considering our fears of the possible demise of our favorite app, for the last couple of years, this is really good news. But, it gets even better. According to a recent interview on Wired, Sean is now the lead engineer overseeing future work on Google Earth. That’s particularly good news since two of the most important guys that built the original Google Earth have recently left Google (Michael Jones is now CEO of Wearality, and Brian McClendon is now going to Uber). In the Wired interview, Sean, and Google Earth Outreach manager Rebecca Moore, made some interesting comments about future plans for Google Earth which indicate a lot of thinking about leveraging the vast array of data Google has developed to create even more dynamic databases for new versions of Google Earth. And hints at uses of VR and AI technologies.

So, for the millions of fans of Google Earth out there, this really is a good cause for celebration. The future looks much brighter for Google Earth. Thank you Google for maintaining your commitment behind one of your greatest products!