On Monday we showed you a way to find all the satellite imagery from a given date range; in our case we looked for imagery taken since July 1st, 2015. Yesterday we had a look at who supplies the imagery to Google via a more manual process of outlining all the imagery and then identifying the source.

Today we are looking at interesting sights we came across when going through all the imagery.

We came across an image taken on July 22nd, 2015 on the border of Paraguay and Argentina. The flooding appears to have affected both Asunción, the capital city of Paraguay, and Clorinda, a town just over the border in Argentina. 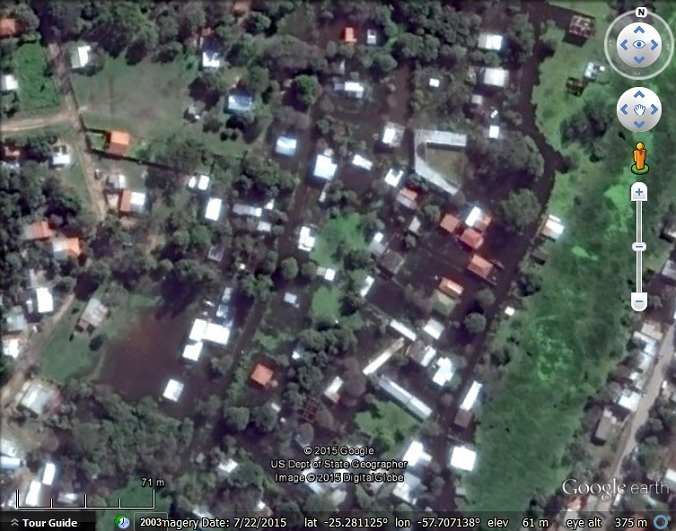 There is also a black and white image which shows flooding in Campinas, Brazil, but it looks like an area that probably has seasonally high water and the flooding may not be abnormal.

Near Sorocaba, Brazil, we came across some newly demolished houses. Going back through historical imagery, it looks like an area was demarcated for new development at the end of 2014, a number of houses were built on it during 2015, then some time just before the latest image was captured, they were all demolished again. If any of our readers knows why, please let us know in the comments. 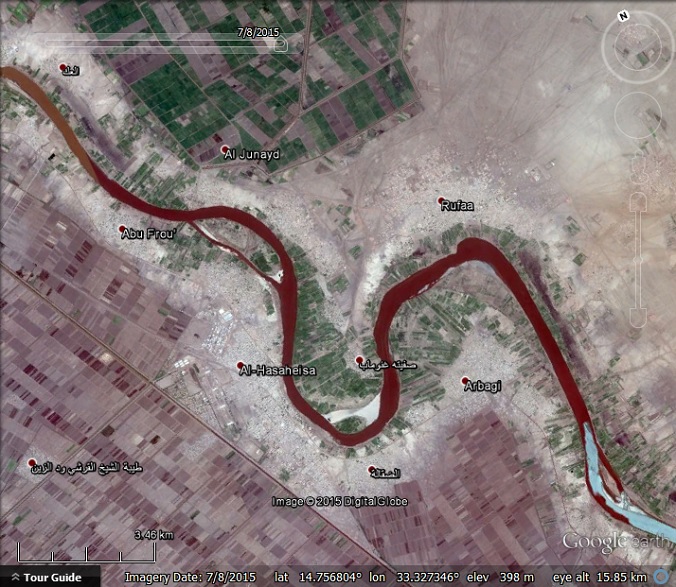 In the Democratic Republic of the Congo we came across some interesting patterns that look like small scale diamond mining. And sure enough, the nearby town of Mbuji-Mayi has been called the diamond capital of the DRC. 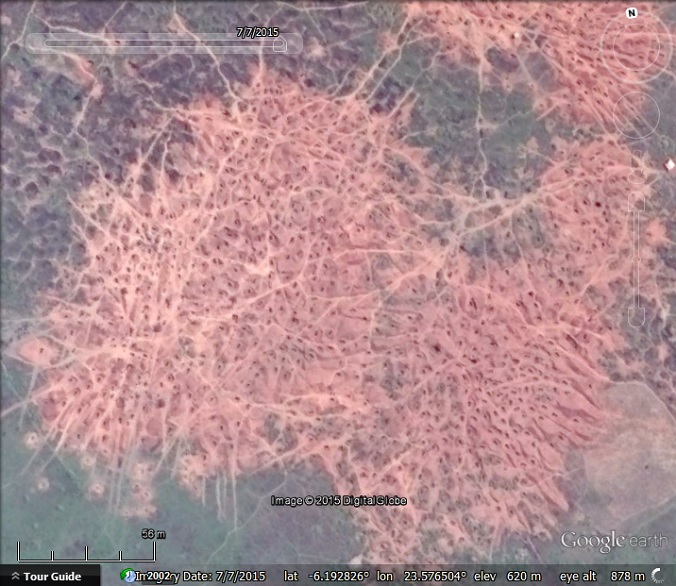 In Denmark, we can see what we believe is the Roskilde Festival, one of the largest music festivals in Europe. The shape of the image (a diamond) suggests that the image was captured specifically for the festival. Another ‘special event’ image is an image of Calgary, Canada that was captured at the time of the Calgary Stampede, an annual rodeo, exhibition and festival. However, the image is low quality black and white, so there is not much to see, although “Calgary Stampede” can be seen written on the roof of one of the buildings. 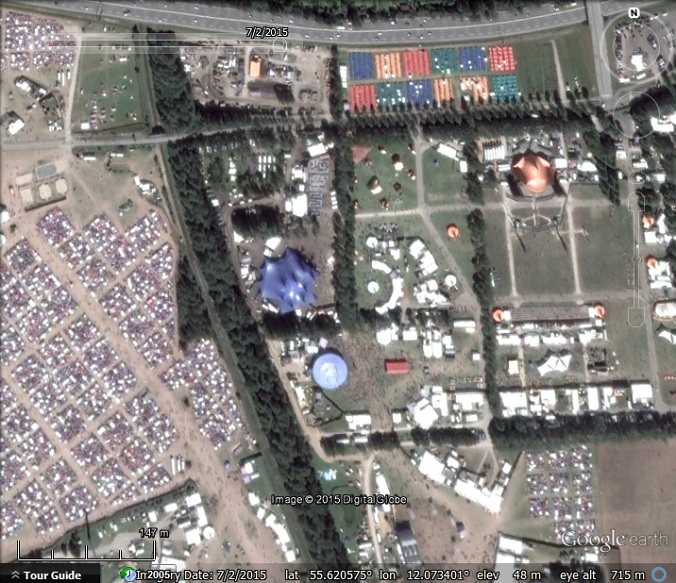 On the Yangtze River, China, we can see a large number of barges apparently pumping sand to fill in the river bank. 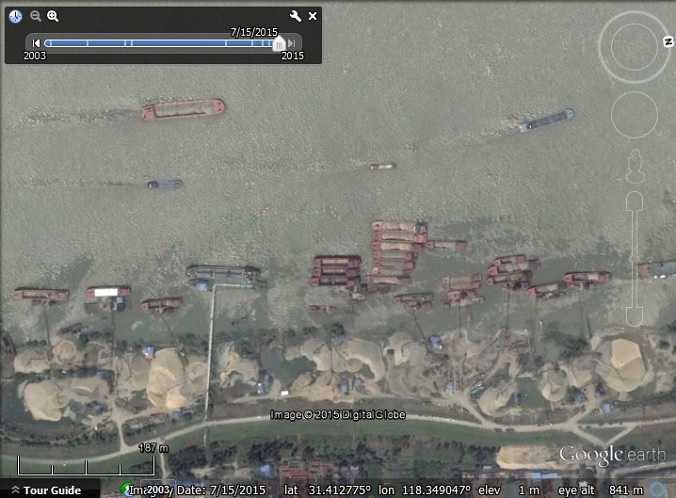 Also in China we came across Shanghuzhen, just north of Shanghai, that at first looks flooded, as there is water everywhere. But on closer inspection we believe it is just naturally a very wet place. 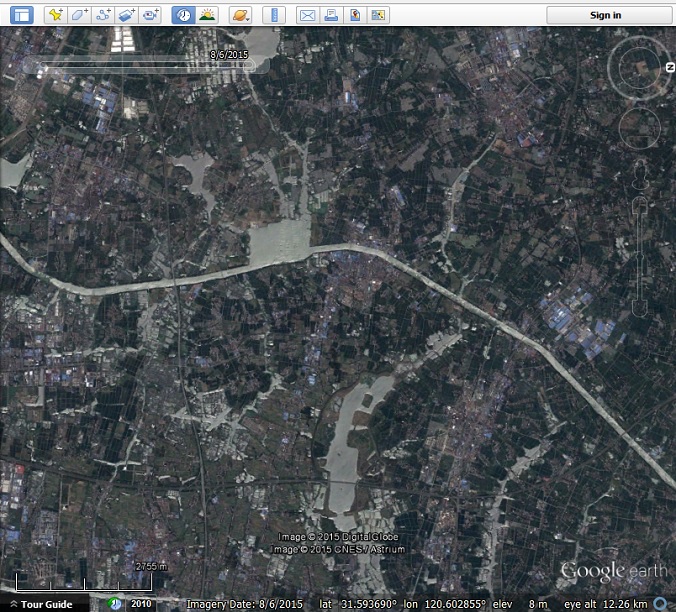