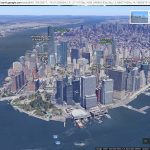 The big news in April was the release of a new version of Google Earth. It is browser based, and currently only available in Google Chrome and as an Android App. At the current point in time it is missing some major features, including ‘historical imagery’ and the ability to create content. But, we must realise that it is still in development and Google has indicated that those features and more will be coming. 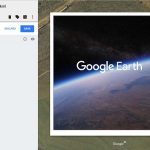 We had a look at how to embed the new Google Earth in a web page and what the various parameters in the URL mean. We also demonstrated some ideas for getting some unusual views by manipulating the parameters. 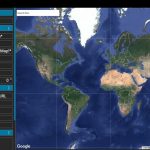 Josh of GE Teach released a tool for creating tours in the the new Google Earth. 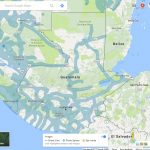 Guatemala is the latest country to receive Street View. Also of note is this post by Google about Street View releases in California, featuring some of the tallest trees in the world. 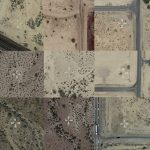 We had a look at some mysterious marks in the Arizona desert that turn out to be calibration targets for the Corona spy missions. 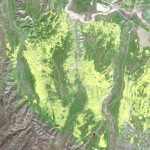 We had a look at the amazing colour changes that can be seen in Sentinel-2 imagery of California due to the unusually spectacular blooms of flowers following a long drought. 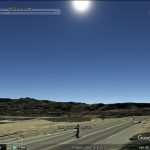 We created a JavaScript tool that helps you to estimate the time of day an image was captured using shadows to work out the angle of the sun. As a bonus, it can also tell you the approximate height of the objects casting shadows. 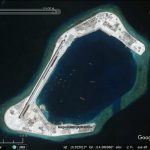 We revisited a couple of places, including the islands that China is building in the South China Sea and the ongoing war in Yemen. 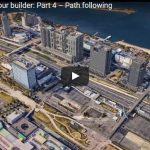 We released part 4 of our ‘Tour Builder’ series. We added a feature for creating tours that follow a predefined path. 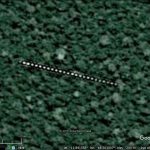 We had a look at some mysterious dots found in satellite imagery of the Amazon.