We recently came across this interesting article about some mysterious crosses in the Arizona desert around Casa Grande. Also see here. Apparently the crosses were used as calibration targets for the Corona Missions. See here for an analysis of the resolution of the Corona imagery. 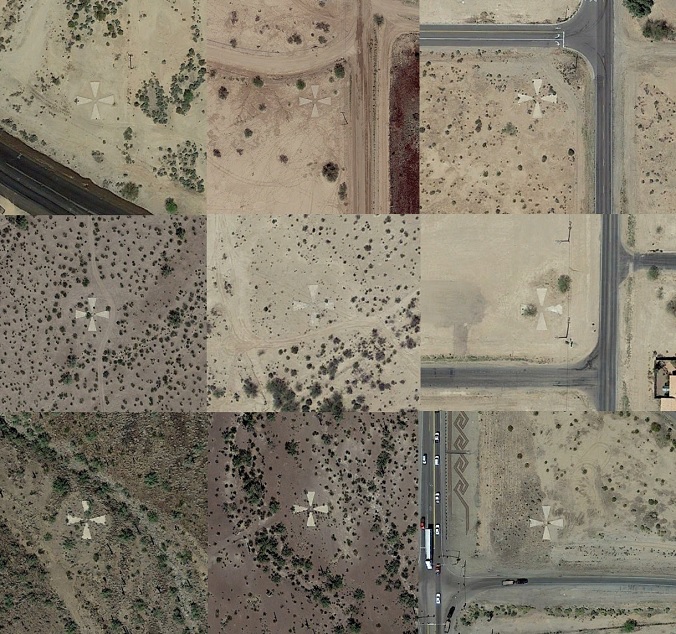 A selection of the crosses as seen in Google Earth imagery

We thought it would be interesting to try and find all the crosses in Google Earth imagery. The article referenced the location of one of them, and finding more was relatively easy as they are laid out in a grid pattern with approximately one mile between crosses. We marked quite a few, and then came across a KML file in this thread which included quite a number we had not found. We combined our collection with that KML file and now have a total of 138 markers, and an additional three that we are unsure of and one that we believe was broken up.

Wikipedia says there were originally 272 laid out in a 17×17 grid. 17×17 is 289, so some points on the grid were never filled. It is probable that some points were unsuitable due to unfavourable terrain, or the government was unable to lease the land. Many of the grid points are now residential areas or farm land so some of the crosses were probably removed. Nevertheless, there are still a number within residential areas. The distances between the crosses is not exact, and they don’t all line up exactly. Although most of them have the cross lined up with the cardinal directions, not all of them are so aligned. 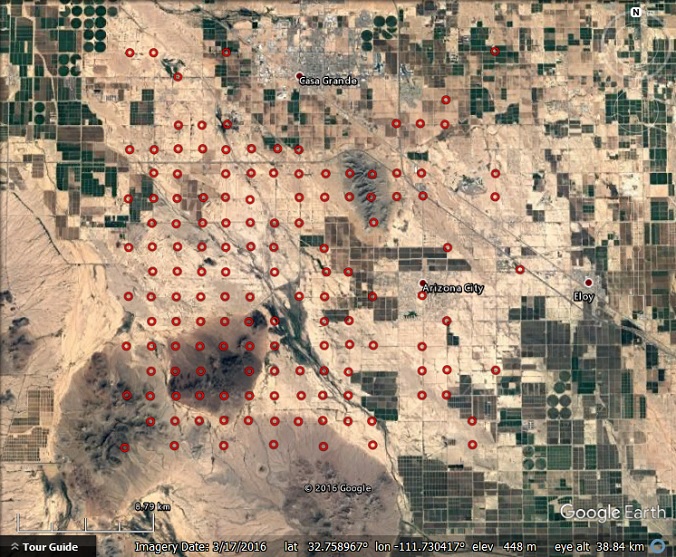 The locations of all the markers we were able to find.

See the full collection in Google Earth with this KML file

We will explore other calibration targets around the world in a future post. If you know the locations of any such targets, let us know the coordinates in the comments below.