A couple of years ago a GEB reader asked us about a row of dots he had found in the Amazon. At first we thought it might be a small aircraft and a similar effect to the well-known ‘rainbow effect’. 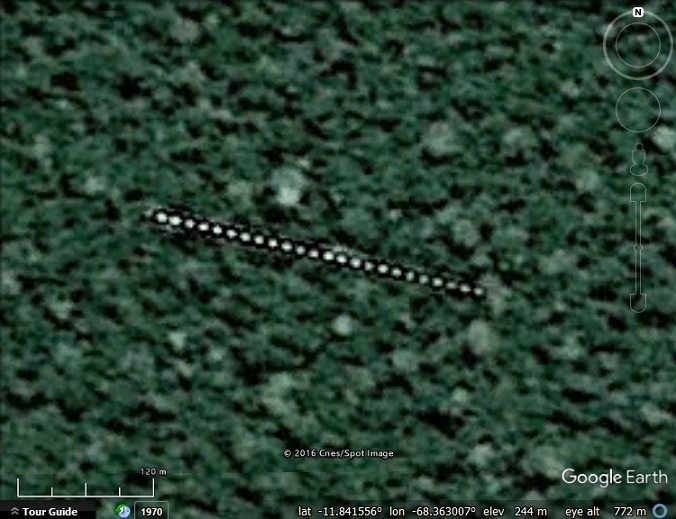 However, we had a look around the region and found a number of other nearly identical rows of dots. They all occur in imagery labelled ‘CNES/Spot Image’. This is low resolution imagery that has been used in a number of places in Google Earth to fill in the gaps where there is no high resolution satellite imagery available. Sometimes it is just two or three dots, sometimes a long row. All the rows line up in the same direction which strongly suggests that they have something to do with the way the satellite captures the imagery. 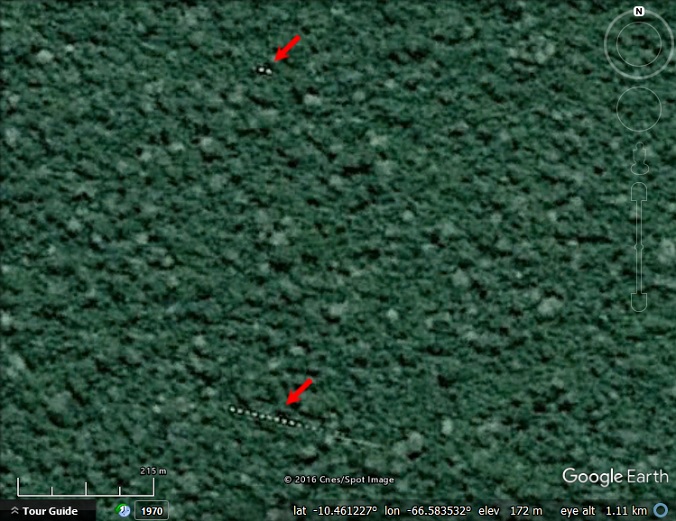 There have been seven SPOT satellites so far and since Google Earth does not put a date on the SPOT imagery, we don’t know which satellite in particular the imagery comes from. Many satellites use either a single sensor or a row of sensors, which in combination with a moving mirror can be used to photograph a large area. We have discussed this before with the Landsat 7 satellite. The best explanation we have at present is that a single sensor malfunctions temporarily and this leaves a trail of dots in the image as a result. We considered the possibility that that sensor is being blinded by something highly reflective on the ground such as a tin roof. However, although there are some rows of dots in farmed areas, we could find no obvious correlation between human habitation and the dots. 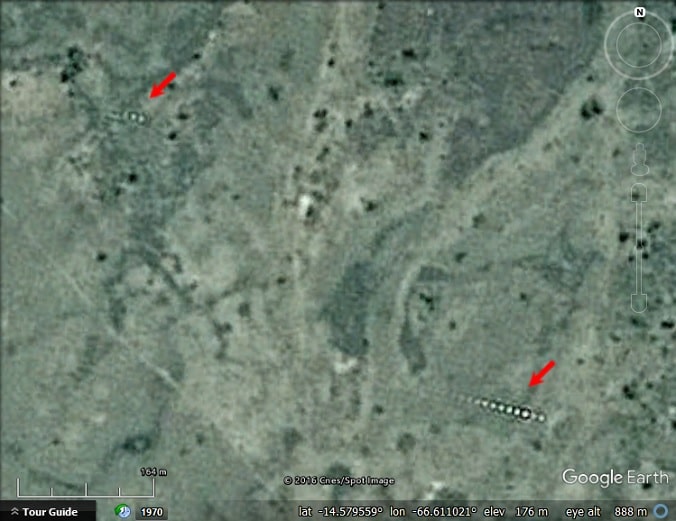 To see all the dots we have found so far in Google Earth, download this KML file. Do not read too much into the distribution of our placemarks as that has more to do with the extent of SPOT imagery and our search method than anything else.

If any of our readers has noticed a similar effect in other parts of the world, or has a better explanation for their origin, please let us know in the comments.