While Google Earth only shows the 2005 imagery of Osama bin Laden’s compound, Stefan Geens at Ogle Earth discovered some DigitalGlobe imagery of the area that was captured in mid-January of this year! 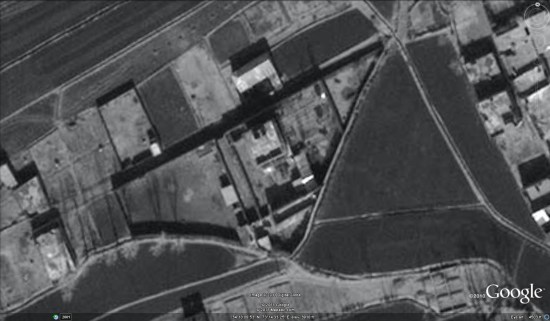 . Stefan has added a yellow outline of the compound so that it’s easier to find, but you can turn that off for a better look at it.
Stefan has been going a great job of keeping up with the latest developments today, so be sure to keep up with Ogle Earth for his latest discoveries.

is the product of successful partnership with Google, Esri and DigitalGlobe, with those companies having donated millions of dollars in critical support, satellite imagery and GIS-mapping technologies to enable early warning and monitoring for 500 global heritage sites. Each site has a coordinator to manage the information, which comes in from not only professional site monitors, but also volunteers, travelers and local communities. 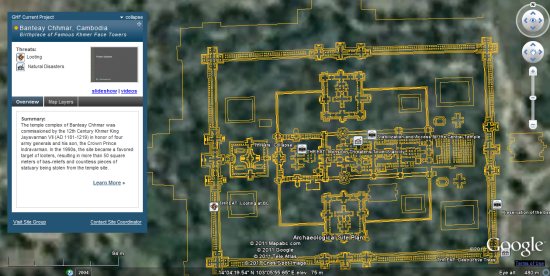 Sites are marked on the map with various colors to indicate the state of the site. Black means the site was destroyed, Red means “rescue needed”, Yellow indicates the site is “At Risk” and Green means the site is stable. Sadly, it’s a very colorful map.

The goal is to scale this to allow thousands of experts from around the world to collaborate on the project. The sites are estimated to generate over $100 billion in tourism revenue by 2025 for the world’s poorest countries, greatly contributing towards poverty alleviation and the UN Millennium Development Goals.
For more, check out the GHN community at: globalheritagenetwork.ning.com.

Back in mid-January, Rio de Janeiro, Santa Catarina and other areas of Brazil expereinced devastating mudslides as the result of nearly 10 inches of rain in a single day. The landslides are reported to have killed nearly 1000 people, and have left at least 8,700 homeless. Since then, NASA has been attempting to capture fresh imagery of the area but has been unable to due to satellite imagery’s biggest nemesis — clouds.
The situation is similar to the flooding in Pakistan last year; Google wanted to provide imagery of the area to assist those that were trying to help, but they were unable to get any for quite a while due to persistent cloud cover.
Fortunately, clouds broke a few days ago and NASA’s EO-1 satellite was able to capture some remarkable images of the area. 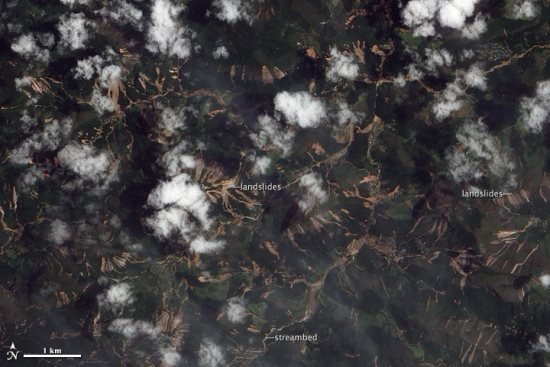 with imagery of the mudslides, for those that wish to view the imagery inside of Google Earth.
UPDATE: After we published this post, DigitalGlobe sent us a great PDF they put together showing before/after shots of some of the affected areas. Download the PDF here. 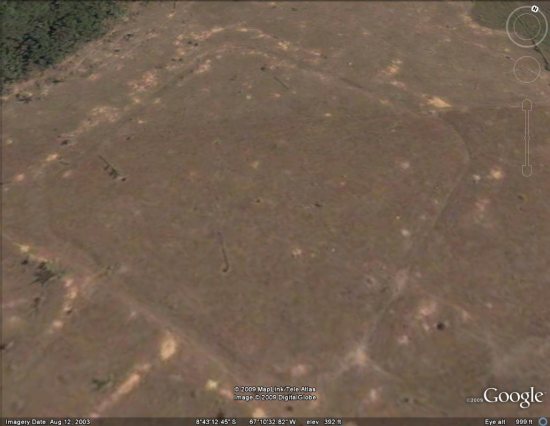 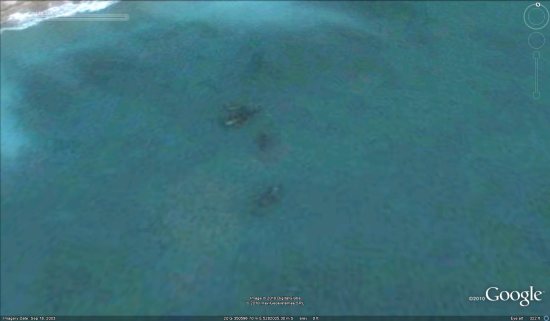 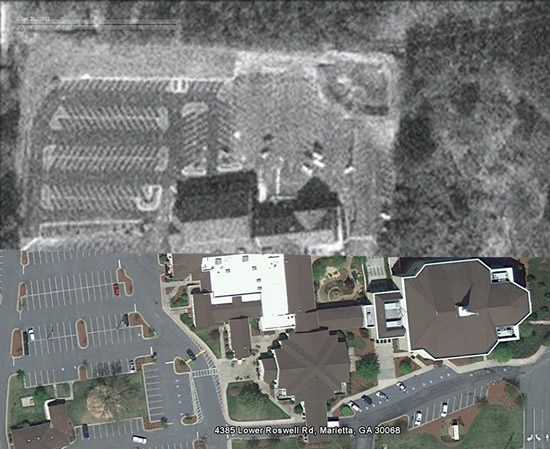 The final day of Where 2.0 saw a bunch of great keynotes. Here are some of the highlights:
Walter Scott of DigitalGlobe gave us some staggering numbers. In their database, they have over 1 billion square kilometers of imagery, which is more than the surface of the earth a few times over. Some locations have hundreds of different images. Walter’s main point was that while road maps are great, far less than 1% of the earth is covered with roads — raw imagery provides the details.
Ted Morgan of Skyhook Wireless gave some equally impressive numbers. Of note:
• There are 200m wifi access points, 1.9m cell towers in the US.
• The skyhook system receives over 300 million location requests daily.
• They’re releasing “Local Faves” on April 15, which is a very easy way to add location-based actions into your application. This will be a free service for up to 100,000 Faves per month, with minimal cost beyond that.
Next up was Jeremy Stoppelman of Yelp. He provided a lot of background on how Yelp was formed, and gave us some fun numbers as well:
• In the past 30 days, they’ve had 31 million unique web visitors.
• They have 1.3 million active iPhone users
• They have roughly 10 million local reviews, with a million more being added every three months.
• They have a staff of 25 that help moderate content. They also use Amazon’s Mechanical Turk to help with that.
• When they unveiled “Monicle”, mobile traffic rose 40-50%.
• When they added “check-ins” to the iPhone app, “quick tips” increased 6x and photos increased 4x.
Dave Fetterman of Facebook covered a variety of topics, but didn’t have anything groundbreaking to say. He’s quite entertaining, though — if you can picture someone after they’ve had 7 Red Bulls, that’s Dave.
Next we heard from Jeffrey Johnson of the Open Solutions Group, John Crowley of STAR-TIDES and Schuyler Erle from SimpleGeo. They discussed how technology is changing with each major crisis that occurs. Of note is that after the 2004 Indian Ocean Tsunami, it was roughly three weeks before they had aerial imagery available to assist in the relief effort. After the earthquake in Haiti is was only 26 hours! They also spoke at great length at how incredible OpenStreetMap was during the rescue efforts in Haiti.
The last speaker of the morning was Josh Williams of Gowalla. Since SXSW (The “South-by-Southwest” Conference) a few weeks ago, they’ve grown more than 50%. At that conference over 600 people checked-in at @ev‘s (Twitter CEO Evan Williams) keynote address. In addition, they’re now teaming up with various companies to give away more cool stuff.
After lunch, I had a chance to sit down with Mok Oh from EveryScape. They’re doing some cool stuff that is essentially “StreetView Indoors” and it’s quite slick. A good example to check out is the “Cheers” bar in Boston. You can also browse through their site to see other locations.
There is no tie to Google Earth yet, though he’s a fan of the KML format and it’s something they’re considering. Dropping these into Google Earth as a layer would be pretty slick. They’re also working on mobile versions of the site, but details were still fuzzy.