Yesterday, June 8th was World Oceans Day. What better way to celebrate it than to look at Street View under the oceans, a feature first introduced in 2012. Google, in conjunction with the XL Catlin Seaview Survey team have recently released 40 new underwater Street View locations. In addition, the Google LatLong blog is releasing a series of articles by members of the XL Catlin Seaview Survey team.

The blue markers for some of new imagery do not yet show in either Google Maps or Google Earth, so we recommend for now using the map in the Google LatLong blog post to find and explore some of the new locations. 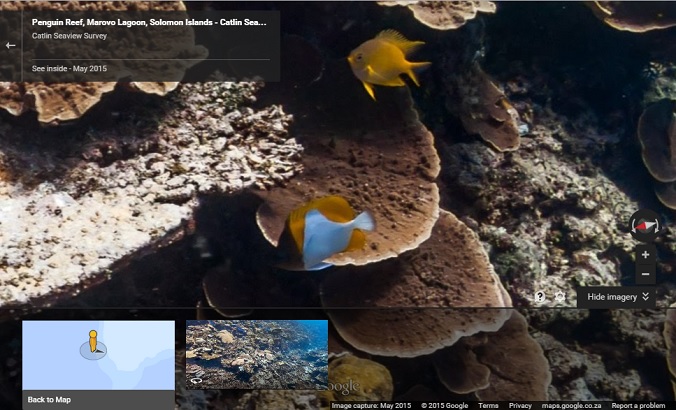 A reef in the Solomon Islands. 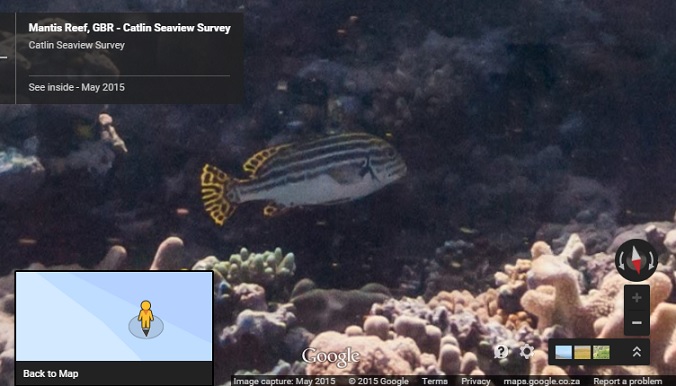 Google or the XL Catlin Seaview Survey team needs to develop a smaller camera system that can be remote controlled so that it doesn’t scare off the fish. Nearly everywhere you look in the imagery, there are shoals of interesting fish in the distance, but finding close up shots is really difficult. Clearly they are a bit camera shy, presumably because of the size of the Street View camera plus diver. 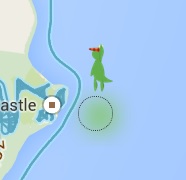 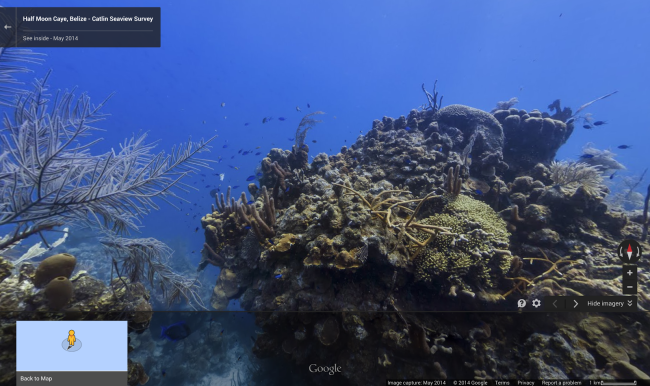 Google first released their 3D Ocean feature in Google Earth more than five years ago, and it’s something that has seen steady improvements over the years.  Here are some of the more interesting recent developments:

From Google themselves, here’s more of what they’ve launched with Underwater Earth recently:

We are happy to announce 7 new underwater street view collects off Monaco and Mexico, including whale sharks and coral reefs in partnership with Australian non profit partner Underwater Earth’s “Catlin Seaview Survey” and launched in honor of the Economist Ocean Summit, where Prince Albert II of Monaco dove below Rocher Saint Nicolas virtually using the new Liquid Galaxy videowall. We also released the first ever San Francisco shoreline imagery collected from the water in partnership with Marine Advanced Research by placing a Google trekker camera atop the stable autonomousWAM-V® USV robot. Underwater Earth aims to reveal the reefs with more to explore at maps.google.com/ocean.

There have been some amazing developments to Google Ocean over the years, and it’s only getting better. What’s your favorite feature so far?

Yesterday Google released Street View imagery for a few new countries, but they also released their first ever underwater imagery — and it looks amazing! 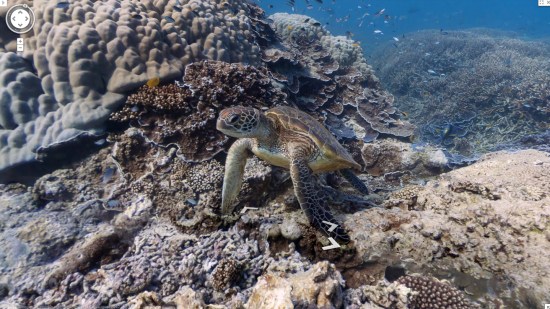 As reported on the Google Lat Long Blog, the new imagery is thanks to a partnership with The Catlin Seaview Survey. For now you can find it in Google Maps but it’s not yet available in Google Earth. I expect it will be soon, but no word on it yet.

In the meantime, here are some great sights to see:
• Swim with a turtle
• Follow a manta ray
• Watch a sunset
• Dive in Maui’s Molokini crater
• Snorkel in Oahu’s Hanauma Bay

They’ve also posted a video that shows how the imagery was captured, which involved a special camera called the SVII.

When you notice the imagery finally appear in Google Earth, please leave a comment below and let us know. For more, check out the full post on the Google Lat Long Blog.