On November 5th, 2015, Bento Rodrigues, Brazil, was inundated in toxic sludge after a mine dam burst. See here for the full story as well as some ground level photos showing the magnitude of the disaster. More here, including a video.

Drag the slider to compare the before and after images. If you do not see the images below or have problems with the slider try refreshing the page. If that does not help then please let us know in the comments what browser you are using. 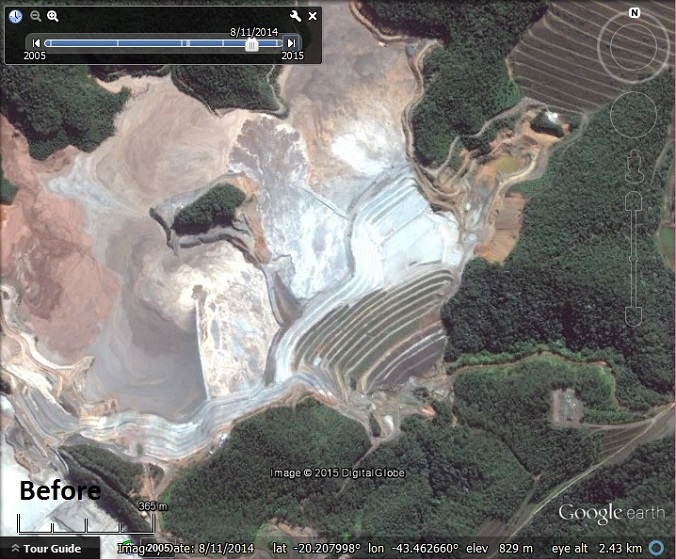 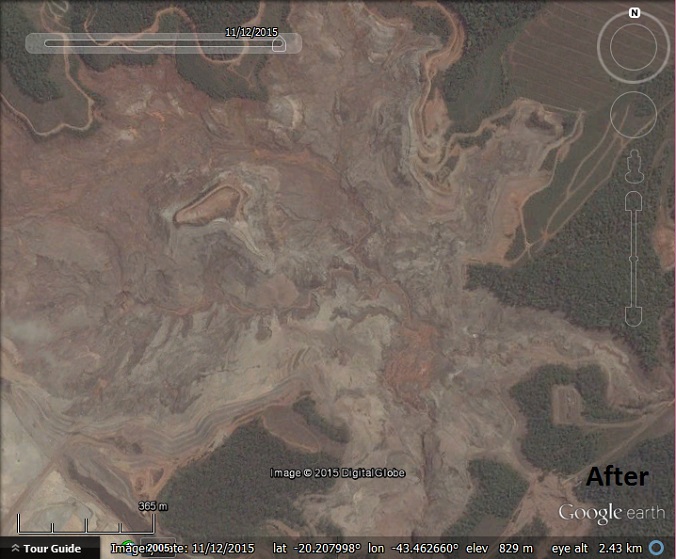 The dam that collapsed. 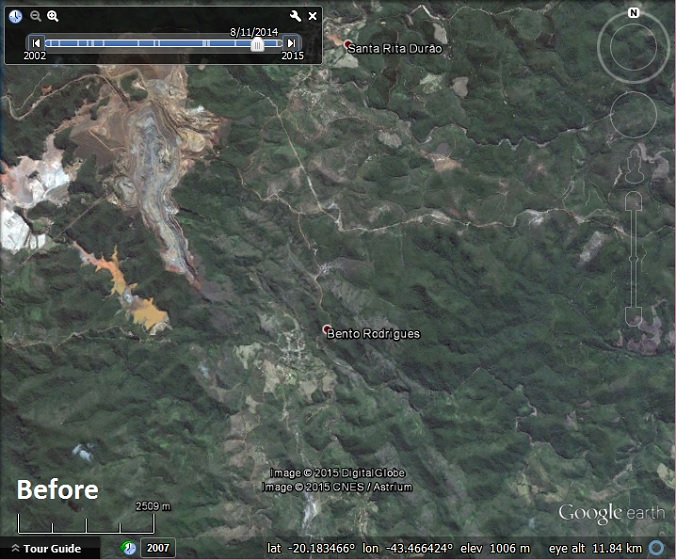 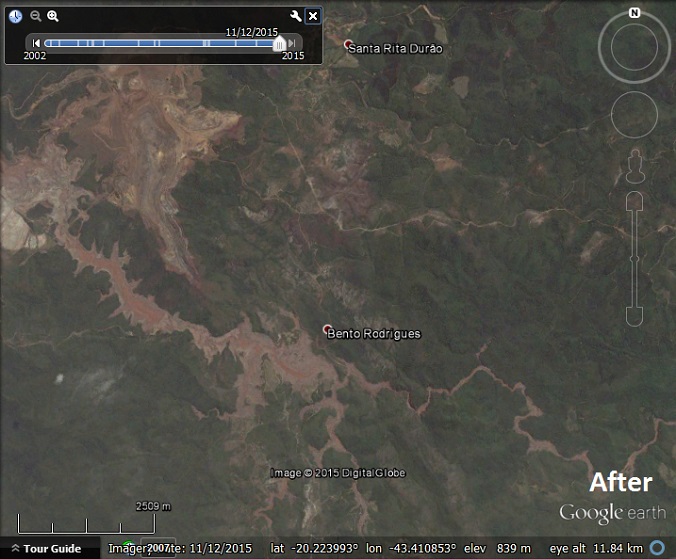 The area near the dam. 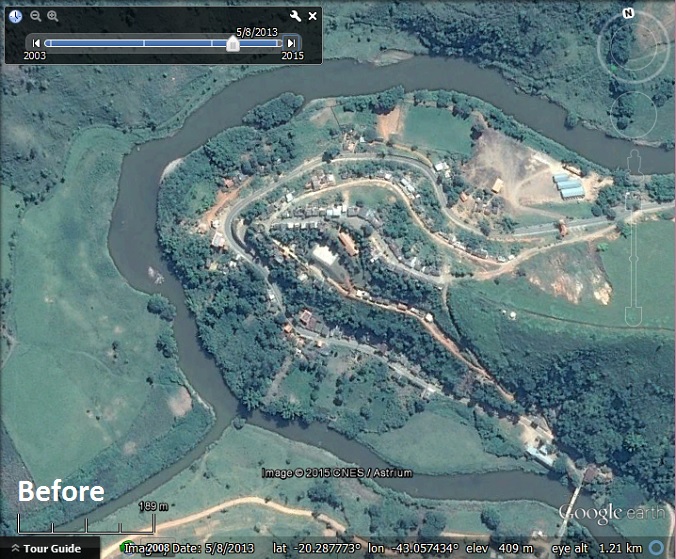 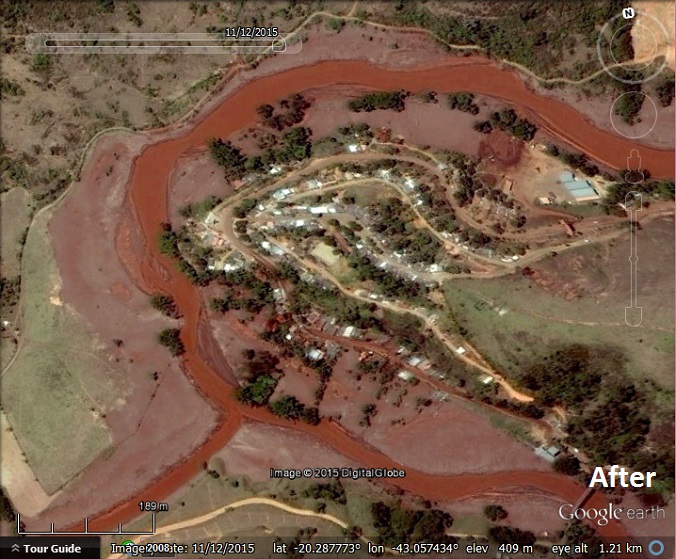 Over 40 km downstream the town of Barra Longa was affected too. 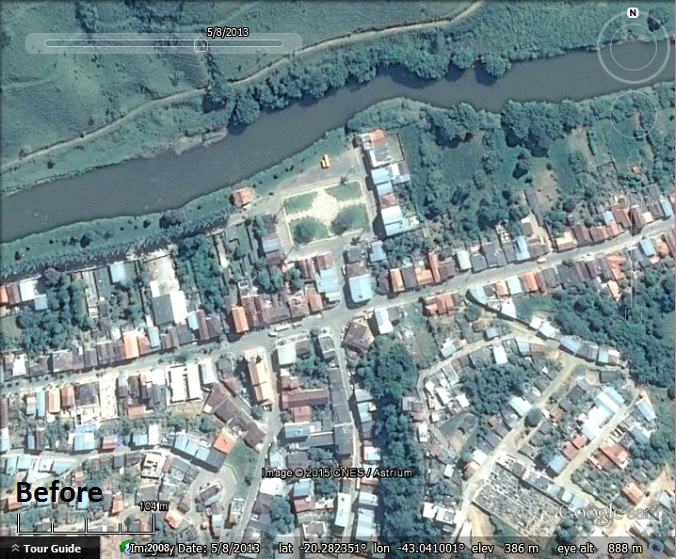 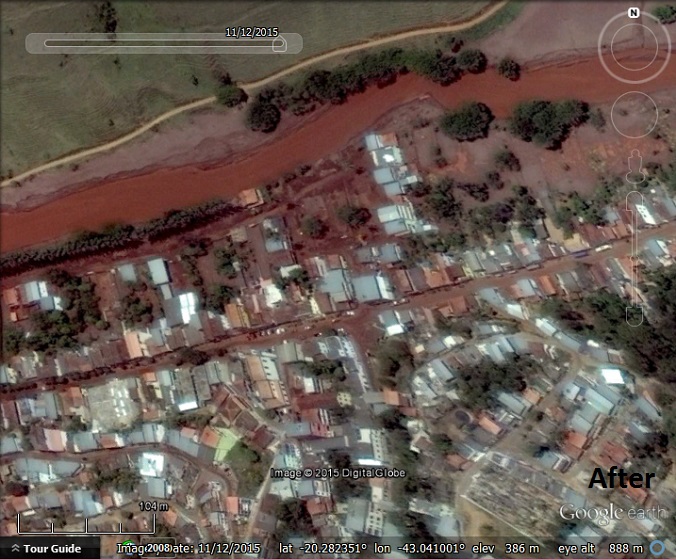 Wikipedia has a satellite image of the mouth of the river showing the mud reaching the Atlantic Ocean and here is a video showing it from ground level.