Flooding is a remarkably common phenomenon around the globe. Satellite imaging companies often try to capture imagery of the floods as such imagery is useful for governments and emergency services. DigitalGlobe, for example, has its First Look program through which it captures imagery and distributes it to emergency responders. Today we are looking at a few locations that we know about via the FirstLook program and where the imagery has since made its way into Google Earth. However, none of the imagery in today’s locations really captures the full scale of the events. This is due to a number of reasons:

Eastern Sudan – July / August 2016
In late July and early August there were heavy rains and subsequent flooding in eastern Sudan. According to this article tens of thousands of people were affected and thousands of homes damaged or destroyed. There is a DigitalGlobe image of the town of Sennar and surrounding areas that was captured in response to the floods. Although there is a lot of standing water in the image, we could not find any flooded houses or evidence of houses washed away. 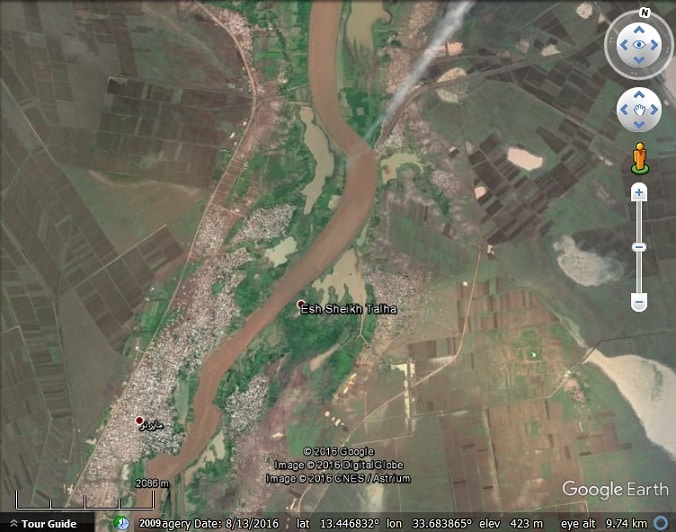 Skopje, Macedonia – August, 2016
In early August, 2016, Skopje Macedonia experienced severe flash flooding, killing at least 21 people. See this article for photos. In this case the imagery in Google Earth comes from CNES / Astrium. We can see some flooded areas, but the imagery does not quite cover the worst affected area (the northern parts of Chento). 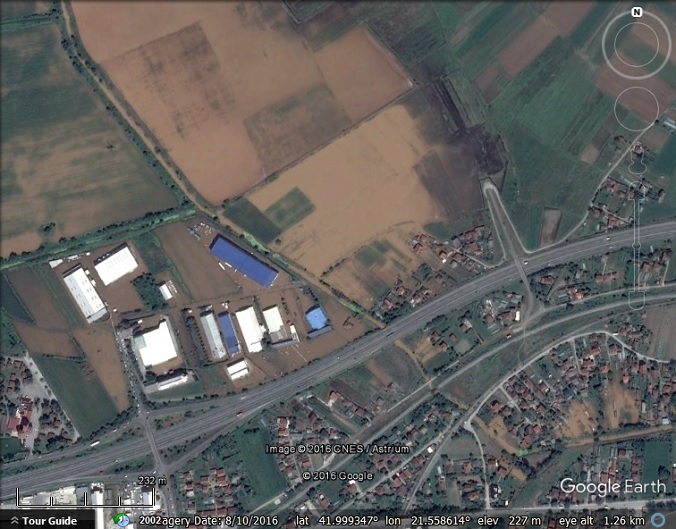 Chetwynd, Canada – June, 2016
Chetwynd, Canada, experienced severe flooding in June, 2016 prompting a state of emergency to be declared. There is a DigitalGlobe image of Chetwynd captured after the event. Although we can see wet areas we could not find any washed away roads or bridges. We believe that the worst damage took place in areas not covered by the image. 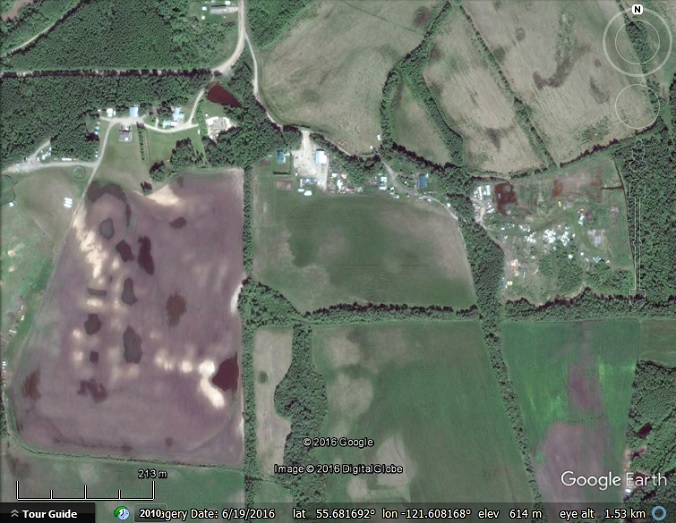 Wuhan, China – July, 2016
The city of Wuhan was just one of many locations in China that experienced severe flooding in July. There is a CNES / Astrium image captured after the worst of the floods had already subsided, but the river is still very full, flooding some of the buildings along its banks. 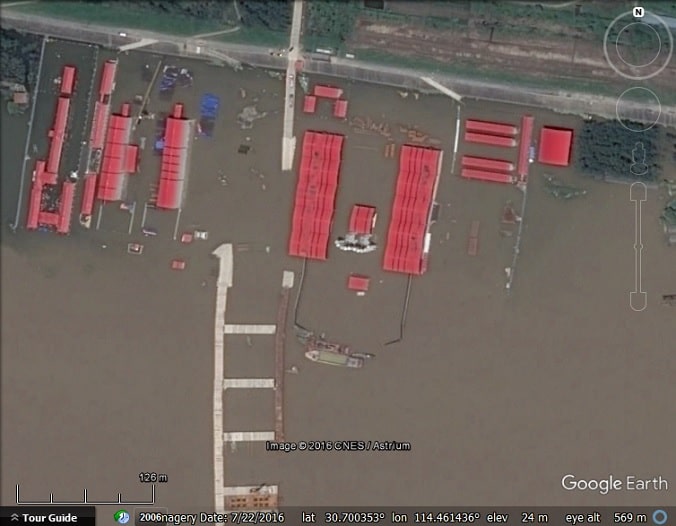 In all the above locations we are looking at the imagery in the default layer. There is almost certainly more imagery hidden in ‘historical imagery’ that Google has chosen not to put in the default layer. However, Google has not updated ‘historical imagery’ since early June so we can’t see it. We should also mention Pekalongan City, Indonesia which experienced flooding in June, 2016. We can see bits of a Digital Globe image, but the parts we can see do not cover the affected area.

To see the locations above in Google Earth, download this KML file

. We have marked out the extent of the relevant imagery in each location.

As we mentioned in Monday’s post, southern Louisiana is experiencing major flooding. One of the worst affected areas is to the east of Baton Rouge, where the Amite River has burst its banks, flooding several neighbourhoods.

We were able to find a Sentinel image captured on August 14th, 2016 which shows the extent of the flooding at that time. 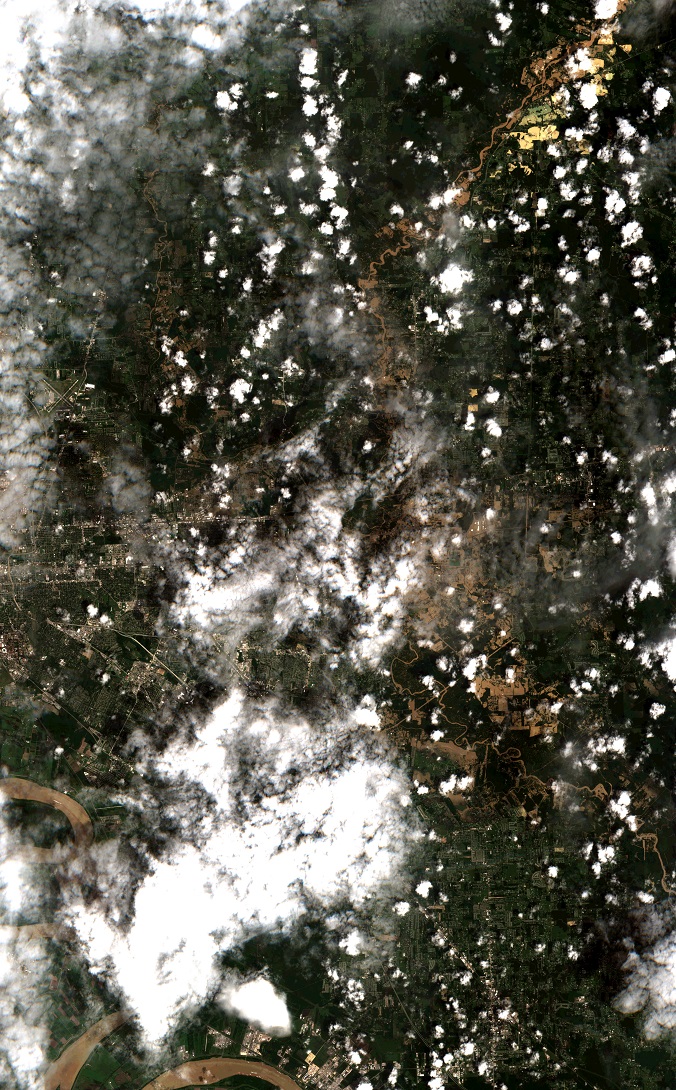 And zooming in a bit:

To see the image in Google Earth, download this KML file

The original Sentinel image covers a lot more area than we have shown here or included in the KML, but much of the image includes thick cloud cover and we focused on the area with the worst flooding to keep the file size reasonable.

Unseasonably warm weather in the eastern US resulted in tornadoes just before Christmas. In the following weeks high rainfall has lead to the upper Mississippi river and its tributaries experiencing flooding and the water is expected to continue causing floods as it flows south over the next few weeks. We looked around for satellite imagery and the best we could find is a very low resolution image from NASA’s Terra satellite featured in this article. We did try looking for Landsat imagery, but it takes Landsat 8 sixteen days to fully image the planet, which it does in strips and it is a matter of chance whether the location of interest is on a strip that has been imaged recently. In this case we found no recent Landsat 8 imagery for the area of interest.

If we look on Wikipedia, however, we find out that the flooding of the Mississippi is a common event with records going back hundreds of years. The most recent major floods were in 2010 and 2011.

We did look at some imagery ( 1, 2, 3 ) soon after the 2011 event but at the time there was no imagery in Google Earth. Since then, quite a lot of imagery has been added which shows the flooding and is worth taking a look at, as it can give us some idea as to what to expect this year. 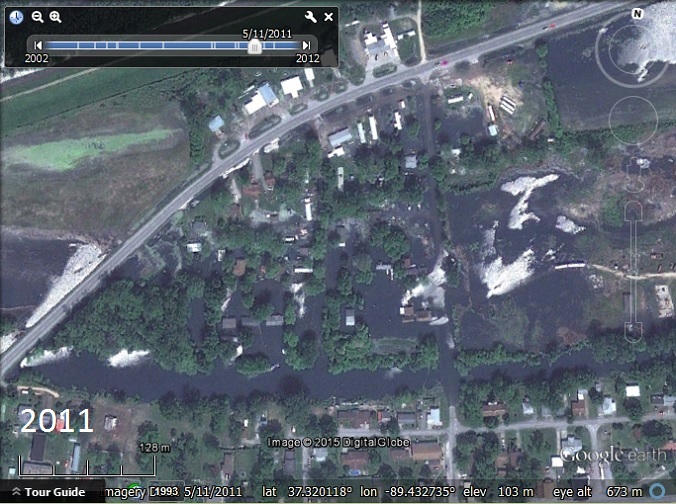 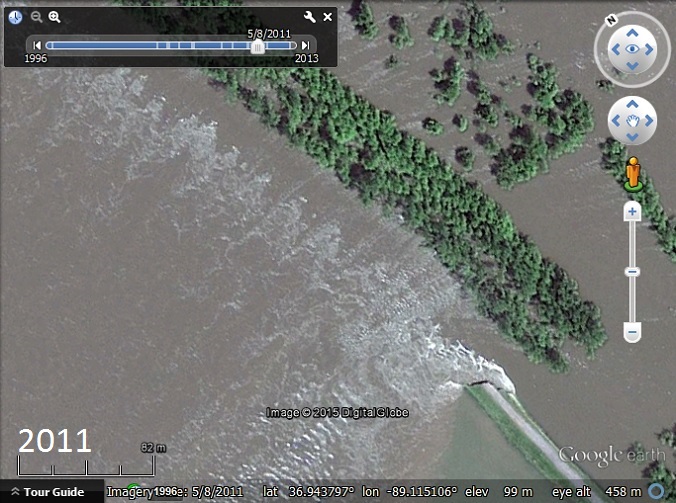 Road washed away near Cairo, Missouri. 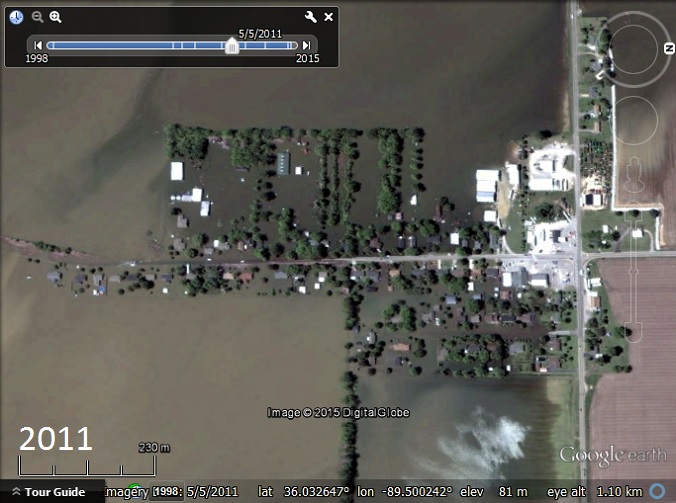 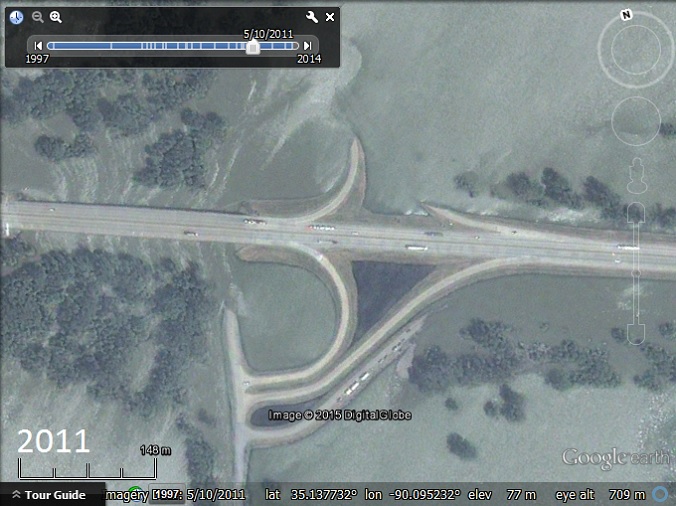 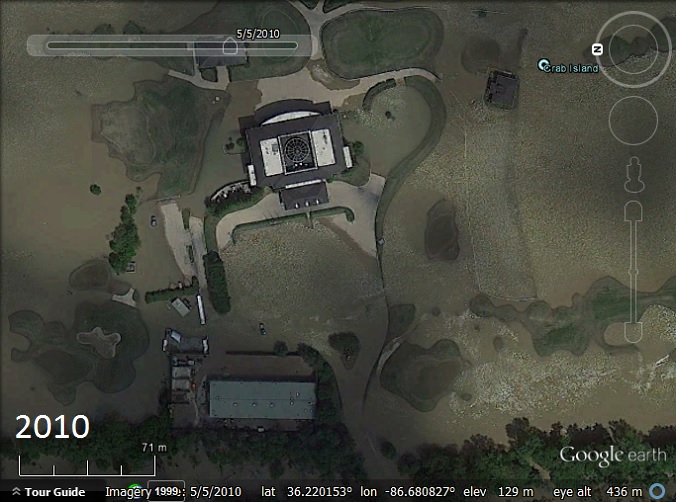 To see the above locations and others in Google Earth, download this KML file. 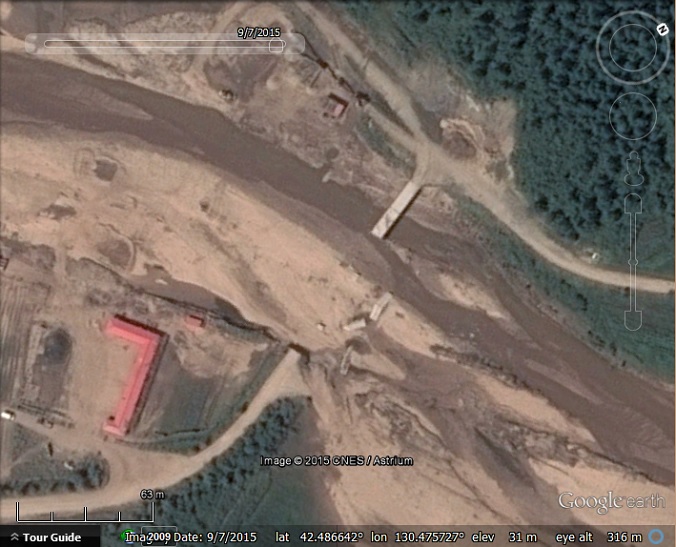 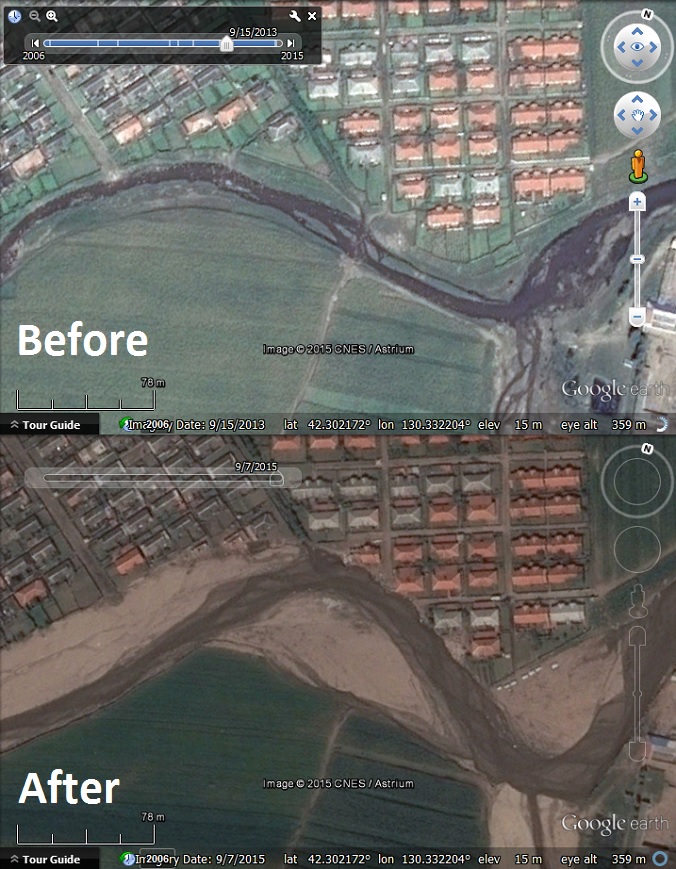