The last time Google released an imagery update map was as part of the new ‘Voyager’ layer introduced at the end of June. An anonymous reader let us know about a number of recent updates in Europe, and also suggested that there might be a way to automatically find imagery updates. We think this is a good idea, especially given our recent experimentation with historical imagery density.

We showed you in this post a map of North Korea with areas highlighted in red that change when you move the timeslider between two recent dates. However, upon further analysis, it seems that method is unreliable because Google Earth does not necessarily get the historical imagery correct when you are zoomed out too far, as we explored in this post. It is a useful technique, but requires quite lot of manual effort, is somewhat unreliable and it is difficult to display the results in Google Earth.

The main problem is that the Earth is a very big place. A fine-grained search similar to what we have been doing with historical imagery density could easily take months. However, there is a feature of Google Earth that we can take advantage of to make it easier. If you zoom out, the time slider shows all the dates within the view, and then reduces the list as you zoom in. So it is possible to first scan the globe at low resolution and then only do higher resolution passes in areas where you know there is imagery in the date range you are looking for.

A few caveats before we present the results:
1. As we discussed in this post, when Google first adds imagery to Google Earth it usually appears in the default layer and only a week or so later gets added to historical imagery. So our technique will not find the very latest additions.
2. As we saw when we analyzed the ‘Satellite imagery updates’ layer, a significant proportion of the updates that Google makes to the imagery is not recent imagery. We are only looking for recent imagery and will not find updates of older imagery. Thus, if Google does eventually release a new ‘imagery updates’ map we expect it to have significantly more areas than our map.
3. As we have mentioned before, the Google Earth plugin often reports erroneous figures where there is no historical imagery but there is some nearby. This is especially common along coast lines.
4. This is our first attempt and we have not checked it for accuracy.

We searched for all imagery newer than July 1st, 2015 and here are the results: 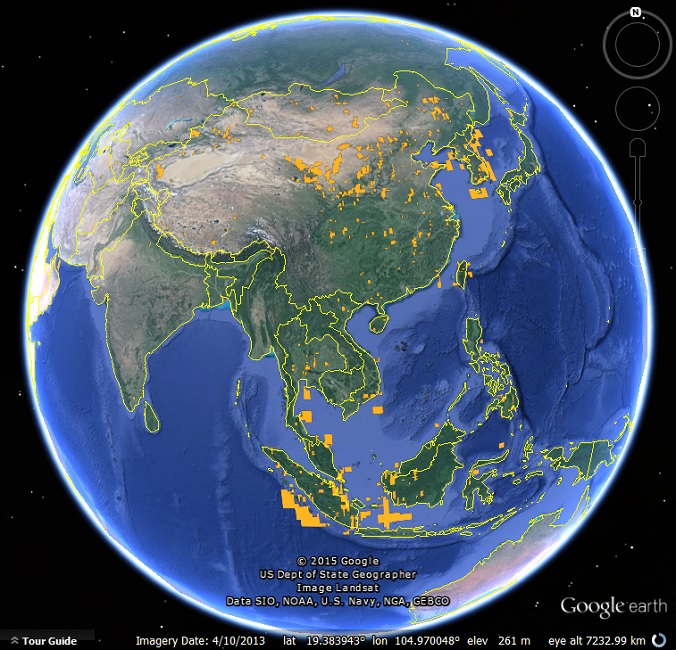 We also had a look at some of the locations and identified and outlined the actual areas. We did find a few areas that got missed by the search so it looks like we need to play around with some of the settings for greater accuracy. 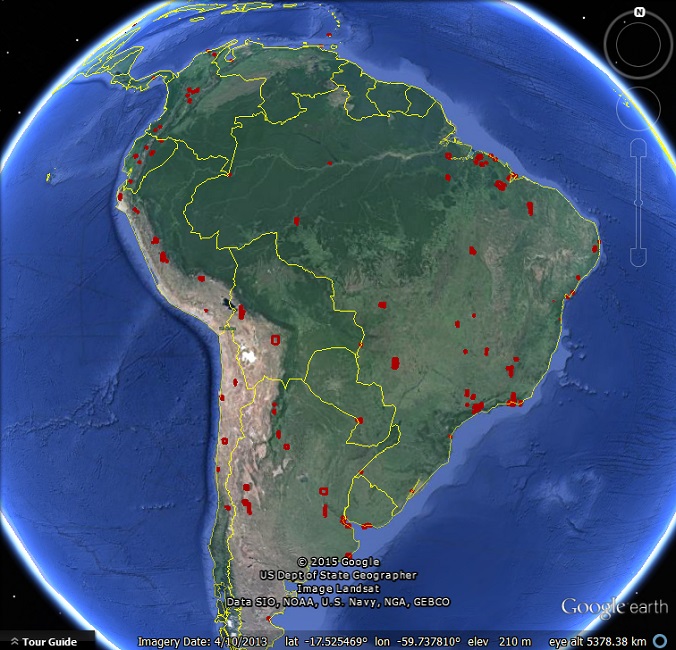 . Remember that the outlining was done manually and not very carefully, so it is not very accurate, nor is it complete.