Google Earth is an amazing tool for education.  Frank has shown off educational uses for Earth a number of times over the years, and we’ve seen other examples such as schools allowing the use of Google Earth on exams, students using SketchUp to model their cities, and many others.

I’ve worked with a number of teachers in the past two years to show them how they can incorporate GE into their lessons. 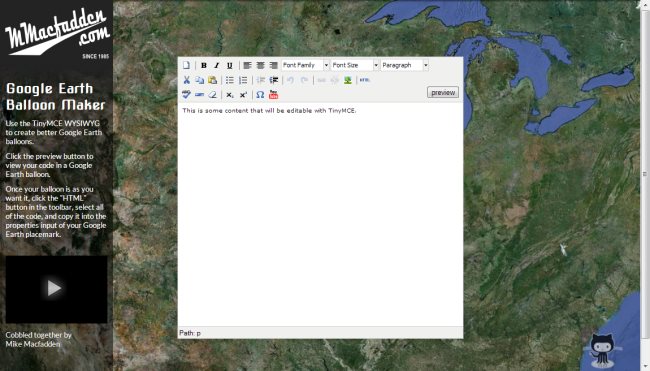 In short, it’s a WYSIWYG tools that generates the necessary code to build high-quality information balloons in Google Earth, without requiring the educators to know how to write the code behind them.  It’s a fairly simple tool, but could be quite useful in many situations.

You can watch the video below to learn more, or visit mmacfadden.com/balloon-maker to try it for yourself.