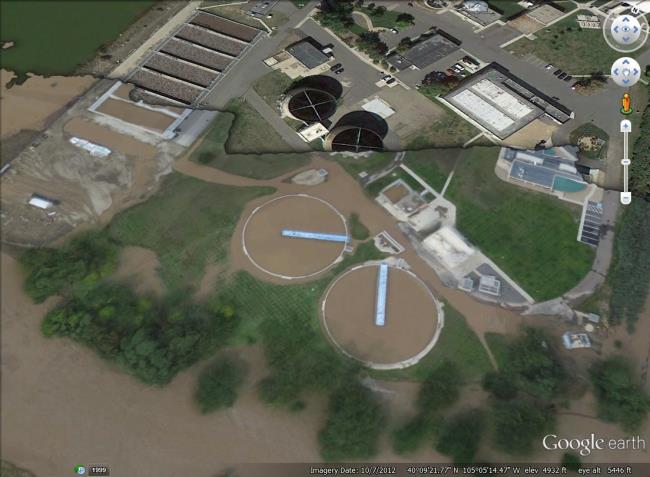 Google was given permission to provide overlays from a Monday night assessment of damage done by the Federal Emergency Management Agency (FEMA). This overlay shows the areas FEMA has assessed so far for flooded areas, light damage to catastrophic damage in a graphical fashion. You can download the overlays here