A few weeks ago we created a KML of all the known areas covered by the automatically generated 3D mesh that Google is rolling out in Google Earth, and followed that up with some fun with the stats of the areas covered. Since then, we have been receiving regular finds from GEB readers. Last weekend was a particularly large batch with around 40 new areas. Our readers reported that at least two of the areas, La Rochelle and Clermont–Ferrand both in France, were available previously but had been temporarily removed.

So, given all this new eye candy, lets have a look at one of the locations and see what can be seen. We picked Bergen, Norway. The new 3D imagery generation depends on taking pictures from different angles and using that to automatically generate the 3D structure. This means that moving objects cannot be captured. It seems to do particularly badly with water, as the water is constantly moving and has a changing texture. However, cruise ships docked in harbor seem to be stable enough for fairly good imagery. We were able to quickly identify two of them because their names are actually just legible – something we were never able to see on ordinary overhead imagery. There is a third cruise ship in harbor that we were not able to identify so easily. 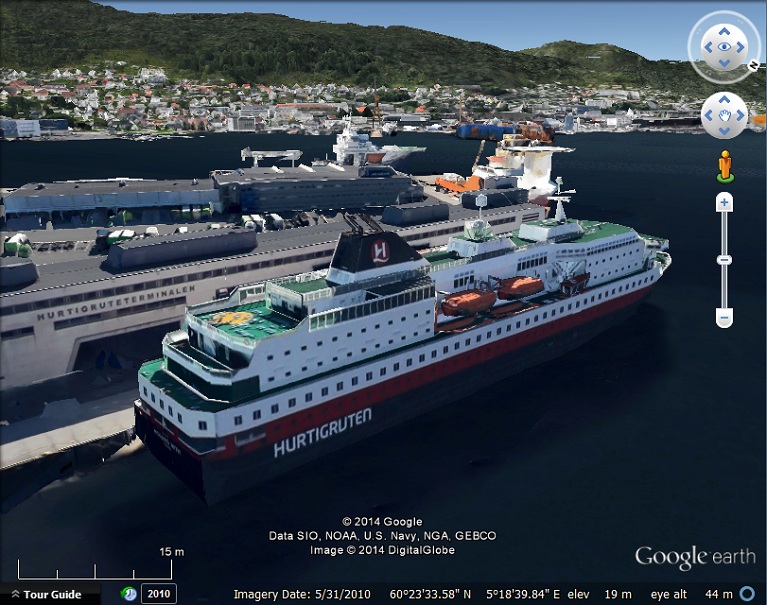 The cruise ship Richard With. 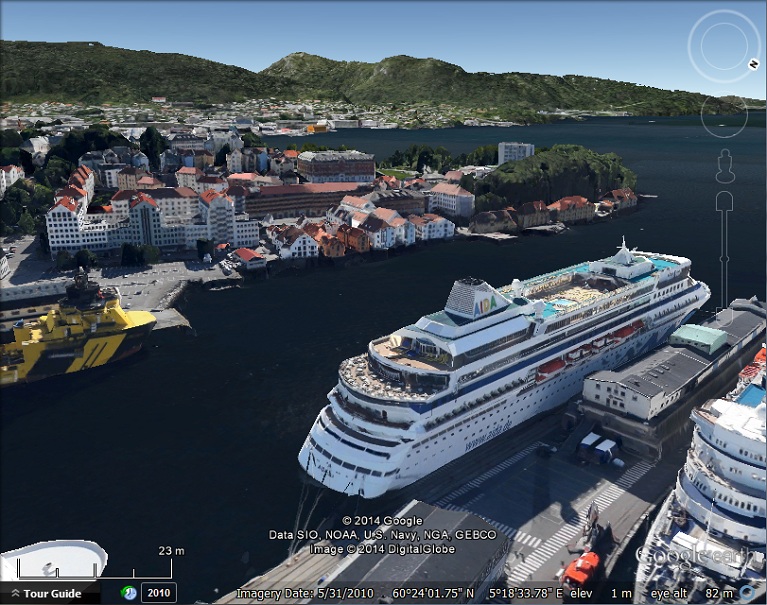 Prior to the 3D mesh update, there was a 3D model of another ship the Costa Medterranea made by LadZ who has made quite a number of ship models that you can see in the SketchUp 3D Warehouse. 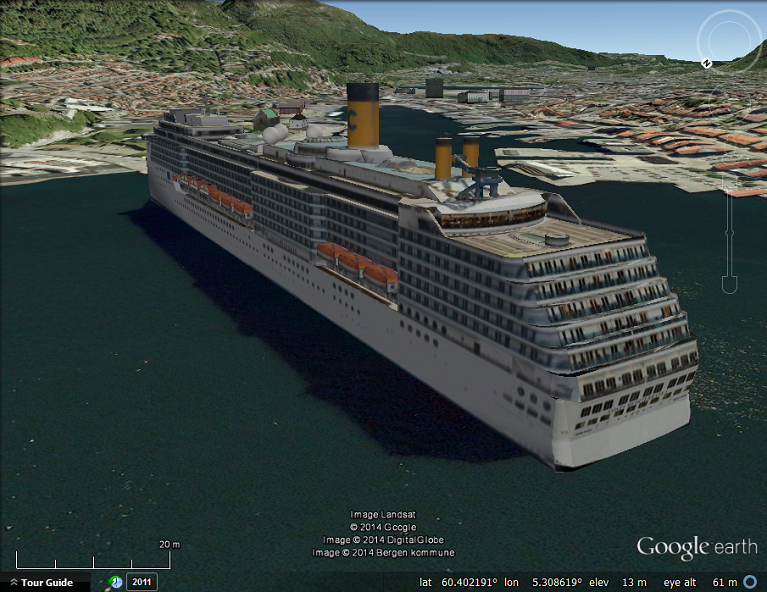 Back in 2005, we pointed you to a network linked KML showing the current locations of all Costa Cruise ships and amazingly, it still works! However, we found that if you leave it running for a while it can crash Google Earth. You can use it to find the location of the Costa Medterranea above. We also showed you in 2009, an excellent site Marine Traffic that shows the current positions of nearly 70,000 ships, including locations of Richard With and AIDAcara.

And for cruise ship enthusiasts out there, at least two more are visible from Street View.