We recently came across this interesting article about a South American phenomenon of mounds known as surales. Apparently scientists have demonstrated that they consist largely of earthworm excrement and are created by the earthworms. The patterns they produce are reminiscent of fairy circles and ant and termite cities that we have covered in the past.

We tried looking for the surales, but they proved quite difficult to find. We found places we thought might be surales but had no way of confirming they were not termite mounds or just small bushes. In one case we even found a hopeful location with Street View but we could see termite mounds in the Street View. 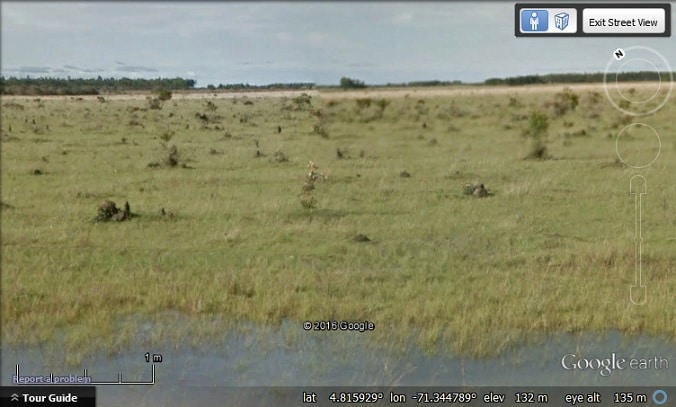 Possibly a mix of surales and termite mounds

Luckily, we came across this article, which includes a video of one of the scientists using Google Earth to show off some of the locations.

Surales come in a variety of sizes: 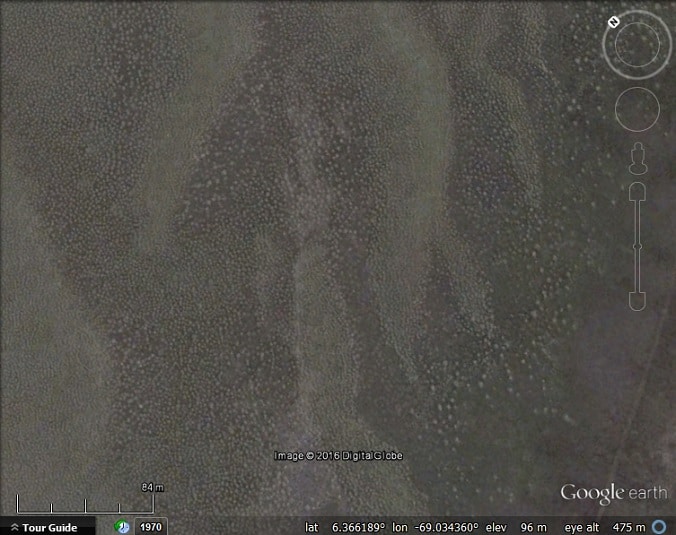 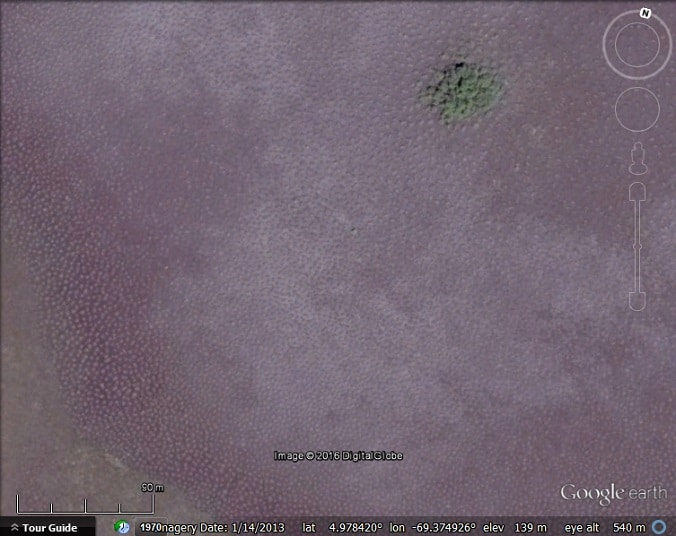 It is difficult to distinguish them from termite mounds, and sometimes they occur together: 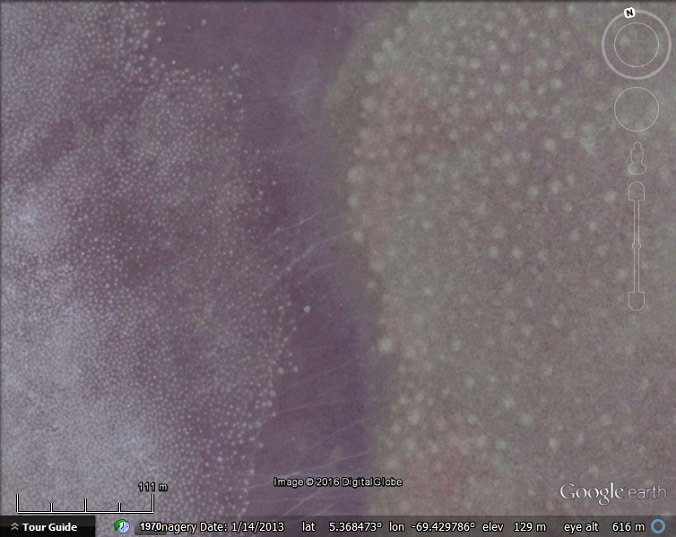 Surales on the left, termite mounds on the right.

Surales form a variety of patterns: 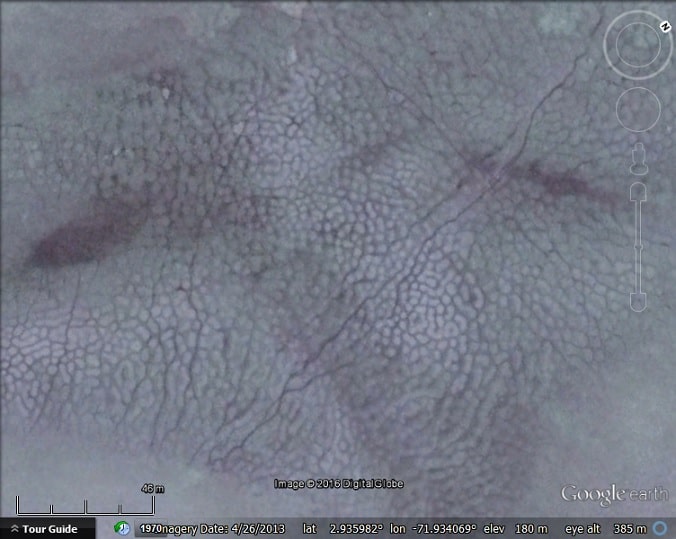 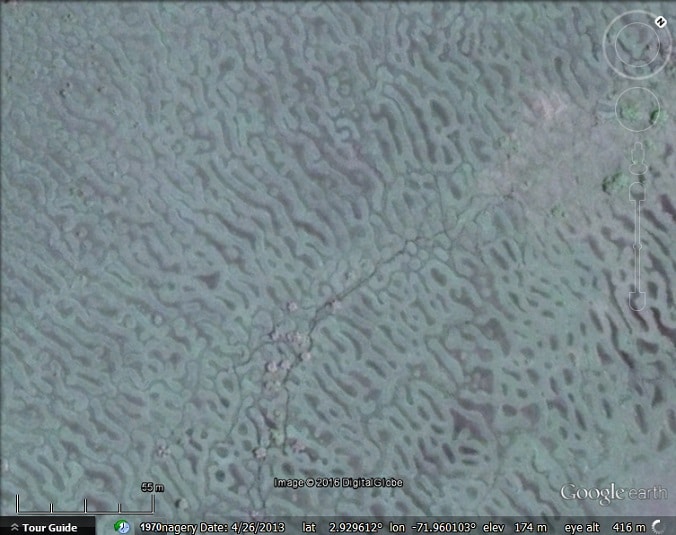 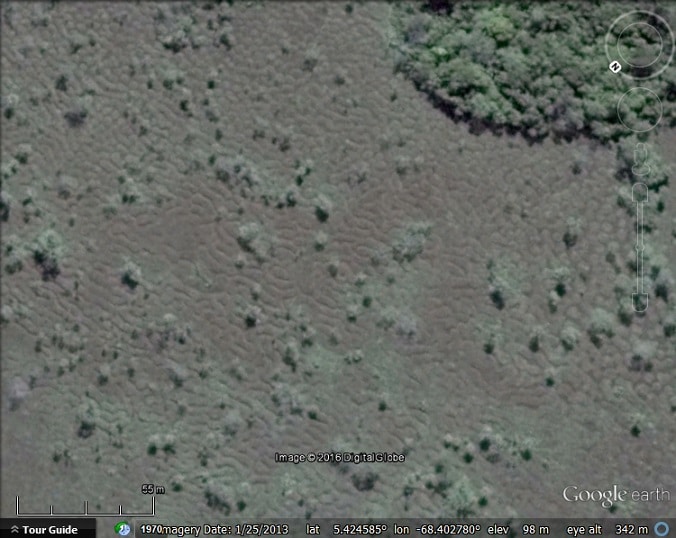 The original science paper can be found here

For the above locations and more from the video, download this KML file