This year, for Christmas, we have taken inspiration from our Halloween Pumpkin Earth decoration, originally created by Frank back in 2006. With additional inspiration from the Google Santa tracker, we created a model of Santa’s village to decorate Google Earth. 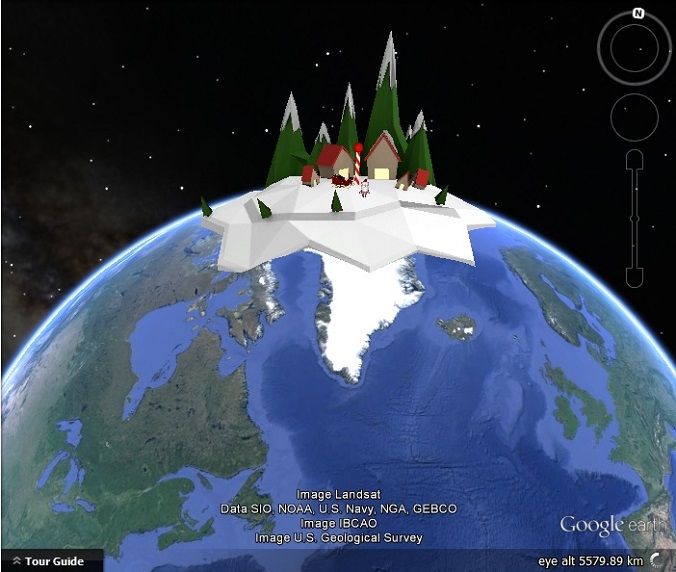 To view it in Google Earth download this KMZ file

In past years we have looked at Giant Santa’s and Christmas Trees in Google Street View (via Google Sightseeing).

This year we look at a reindeer near Ersfjordbotn, Norway that the Street View car followed down a road. 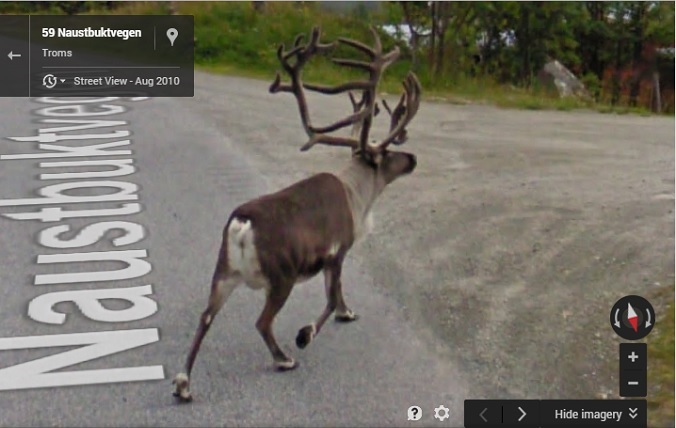 A reindeer in Norway. Found via Virtual Globe Trotting. See it in Street View.

A search for the world’s largest Santa Claus finds this article, claiming the statue in North Pole, Alaska is the largest, at 42 feet (12.8m) high. 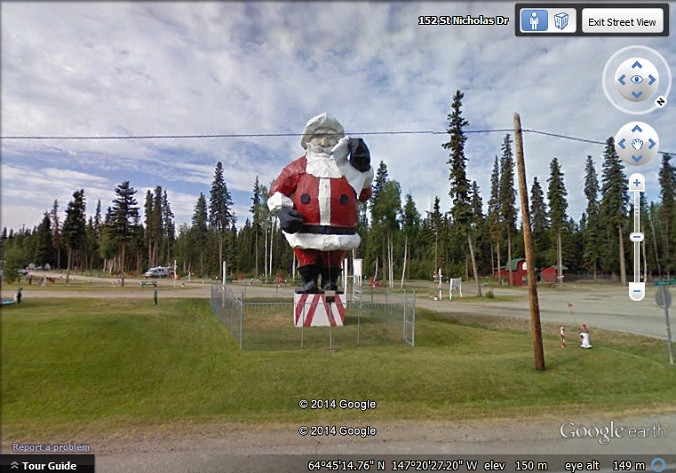 However, there has in past years been a statue in Auckland, New Zealand that at 18m (59 feet) was larger than the Alaskan one. But it seems that it was too expensive to maintain and has been mothballed for now. So to see it, you must look at historical Street View from November 2009. 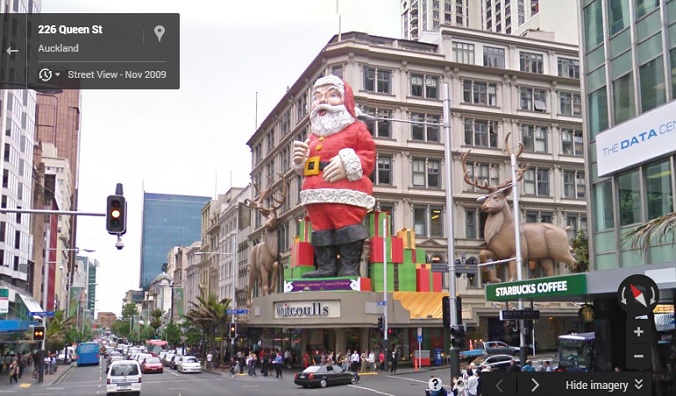 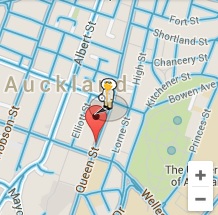 It is interesting to note that the little yellow Street View man is all dressed up for winter even though it is mid-summer here in the Southern Hemisphere.

As they’ve done for years, Google is once again helping to track Santa’s journey around the world tomorrow! All of the action will be tracked on the official Santa Tracker site at google.com/santatracker. Santa’s journey will begin soon! 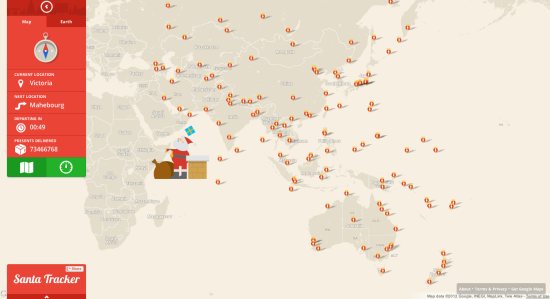 To follow Santa while you’re on the go, there is a Santa Tracker app available for Android, which gives you easy mobile access to track his journey.  New this year is Chromecast integration, so you can stream Santa’s location live on your TV. 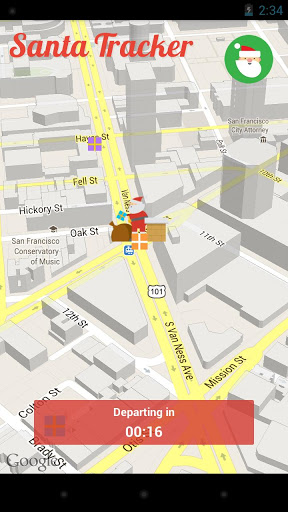 Also, you can keep up with the latest via the Google Maps page on Google+, Facebook and Twitter. Learn more about the 2013 Santa Tracker on the Official Google Blog.

As we mentioned a few weeks ago, there is also the separate NORAD Tracks Santa site.  Be sure to check out either one to help keep up with the big man as he makes his journey around the world. 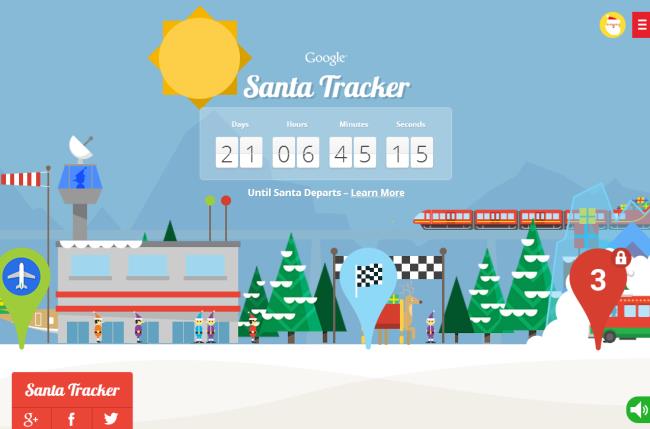 With Christmas just a few days away, there are a variety of Christmas-themed maps and games popping up. A few days ago, Google Sightseeing showcased a variety of giant Santas that can be found in Google StreetView. You can grab this KML file

to view them in Google Earth 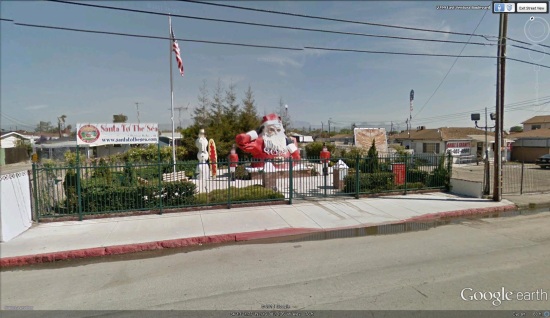 There’s also a site that creates a custom animated Christmas message, showing snow on top of a Street View image of your house, or you can take it further and have a short movie created with your Street View imagery, along with photos that you upload. (both via Google Maps Mania)

Check back tomorrow for details on how to track Santa’s progress on Christmas Eve!