With more than 680,000 residents within a few kilometers of it, scientists keep a close eye on Japan’s Sakurajima Volcano. A few weeks ago a new advisory was put out for the volcano and an image was captured by NASA less than an hour later. In the image you can clearly see the plume trail stretching for many miles. 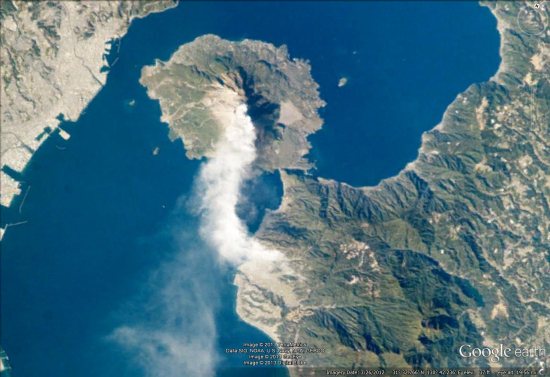 You can view this image in Google Earth by loading this KML file.

Because of the high-resolution base imagery in the area and the 3D terrain of Google Earth, the volcano looks quite amazing even without NASA’s image laid on top of it. The imagery is from 2005, though the historical imagery in Google Earth offers part of the island with slightly newer imagery. In any case, it looks quite awesome. 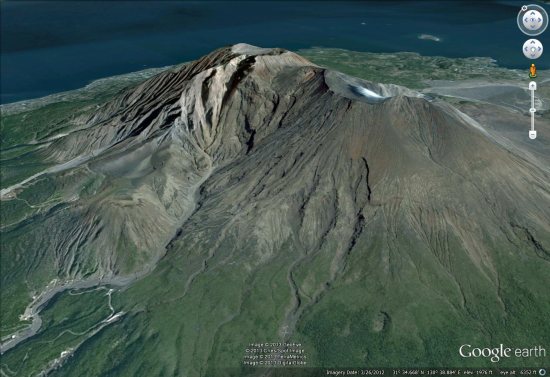 You can read more about the volcano and this new imagery over on the NASA Earth Observatory site.