Last week Google updated the 3D imagery for New York City and San Francisco. We had a brief look at New York and noted a problem with Street View crashing Google Earth. We also had a look at some interesting effects in the 3D around San Francisco.

GEB reader Jebster noted that the New York streets seemed curiously free of cars. Closer inspection reveals ghostly images of cars, and in some cases multiple images of the same car. It appears Google is using a new technique that we have not seen before, which involves merging multiple images. The overall result is that the roads appear to have fewer cars than one would expect. We do not see this technique being used in the San Francisco imagery. 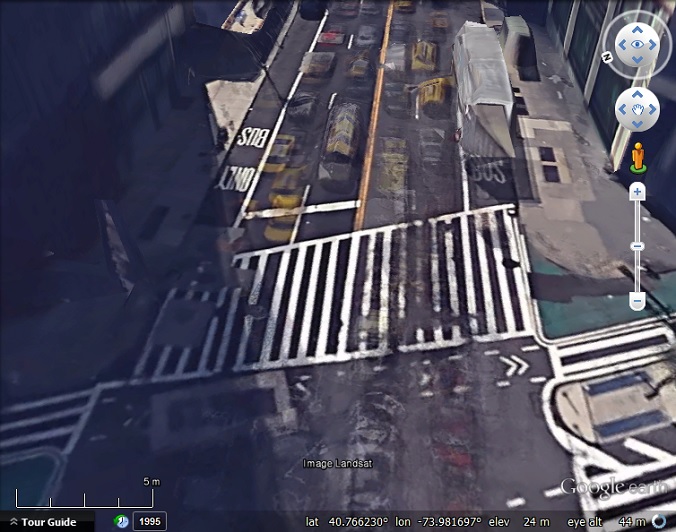 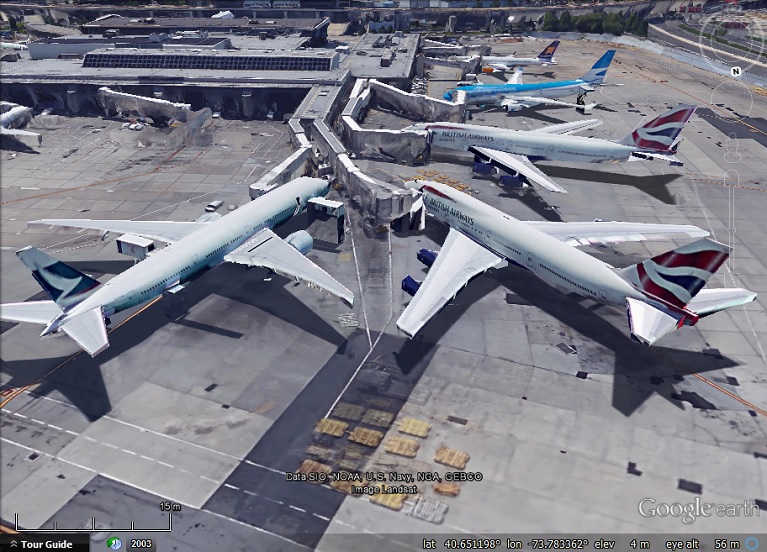 Some particularly good aircraft models at John F. Kennedy airport suggest Google manually improved on them. A noticeable absence of aircraft on the runways of what is a very busy airport suggests they were removed with the same technique used for moving cars. 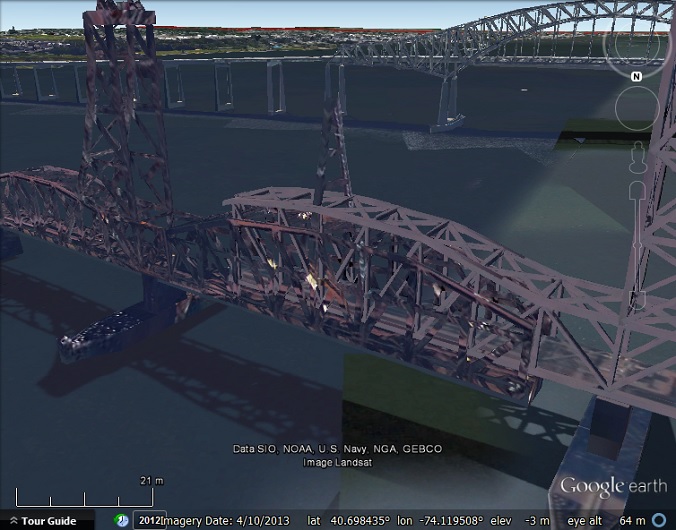 There is an overlap between the old and new 3D imagery and they are not aligned perfectly, resulting in this broken bridge. 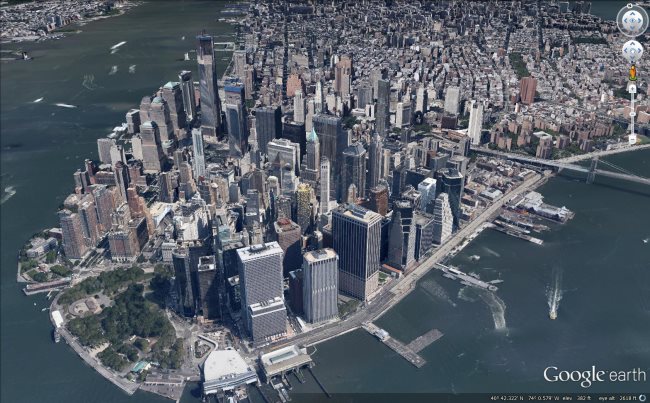 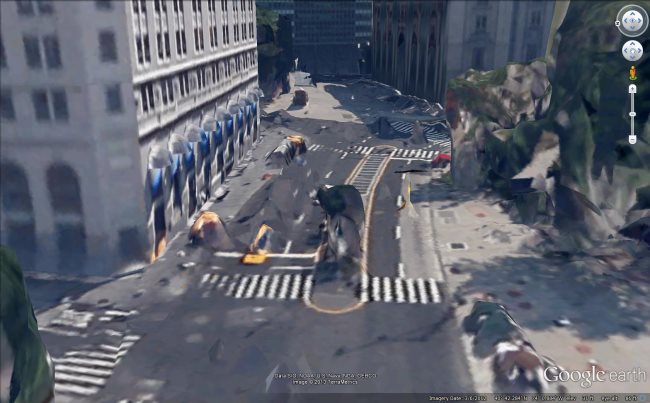