With the Super Bowl coming up in a few days, Google has created a variety of tours of MetLife Stadium in New Jersey.  Because that area doesn’t yet have “3D Imagery”, the model of the stadium is still the “old” style and is remarkably sharp and includes 3D goalposts and many 3D objects (such as trees) around the stadium. 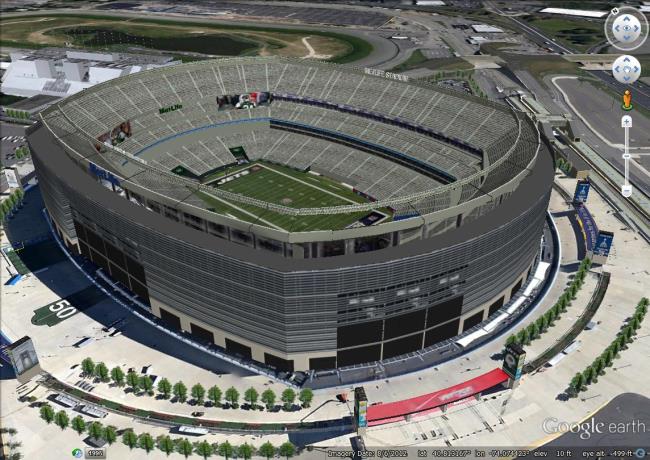 While you can certainly fly there and check it out for yourself (searching Google Earth for “MetLife Stadium” should take you there), Google has created a handful of Google Earth tours to help show it off.  The files are fairly simple, but do a nice job of showing off the stadium.

To make the files easy to grab, they’ve uploaded them to a special Google Drive folder.  Inside you’ll find four tours, each available as either a KML file (for use in Google Earth) or an MOV file to watch directly in your browser.

For other (American) football resources, check out Google’s list of all 245 college football stadiums, a great look at the Dallas Cowboys stadium, or a simple game of football that you can play inside of Google Earth.

(via +Google for Media)