The Erskine Fire was a wildfire near Lake Isabella, California. It was only one of many wild-fires that occur in the California region every year (there are an average of around 8,000 fires per year). According to Wikipedia, the Erskine fire cost US$ 19.3 million, destroyed 309 buildings and caused two fatalities.

We noticed a reddish brown strip that appears to largely match the edge of the region that was affected by fire. We cannot tell whether it is a natural geological feature (that for some reason stalled the fire), a result of the fire itself or a result of fire-fighting efforts. If any of our readers knows what it is, please let us know in the comments. 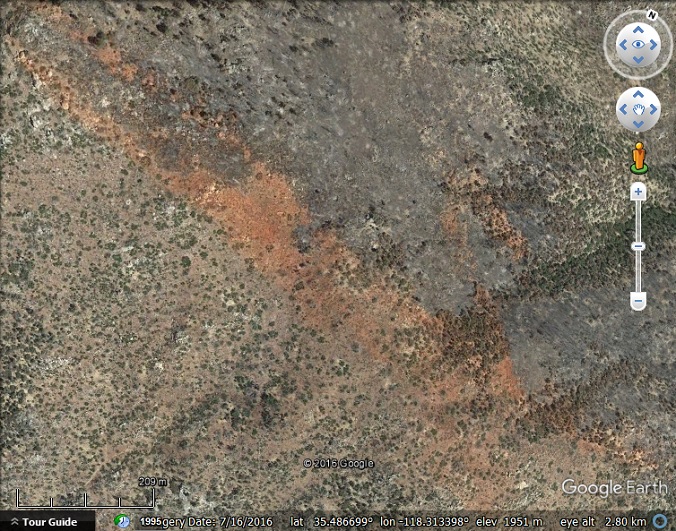 Here are some ‘before and afters’ of the damage caused by the fire: 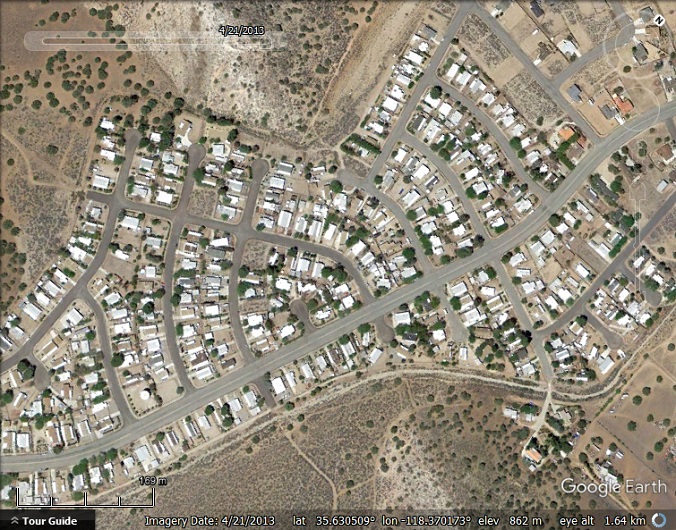 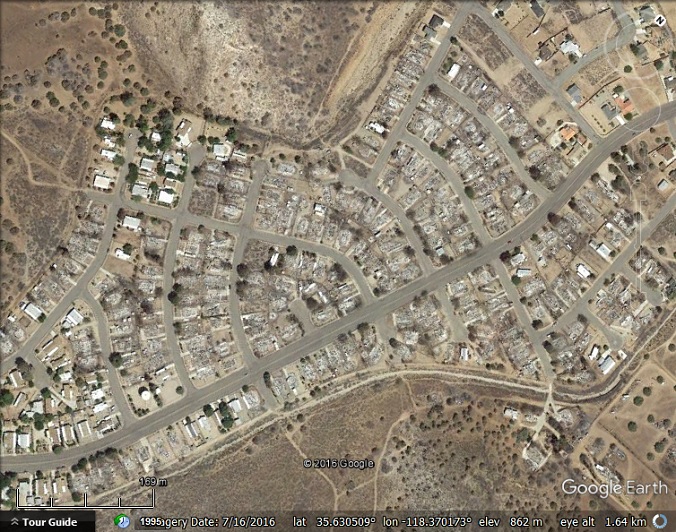 This was the worst affected area, a suburb of a small town called South Lake. 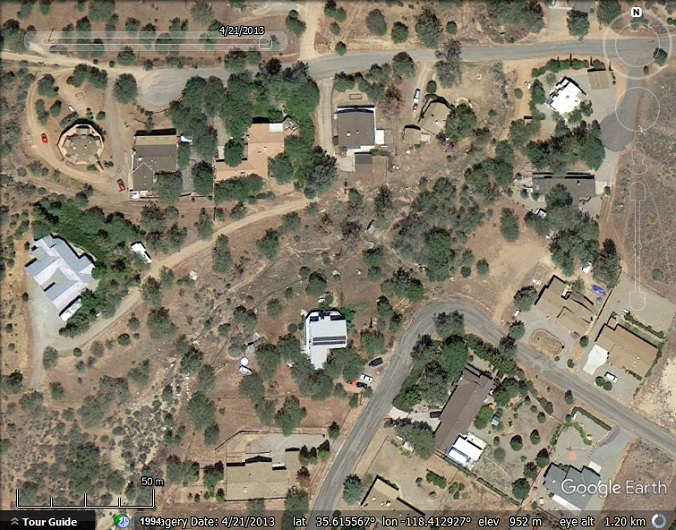 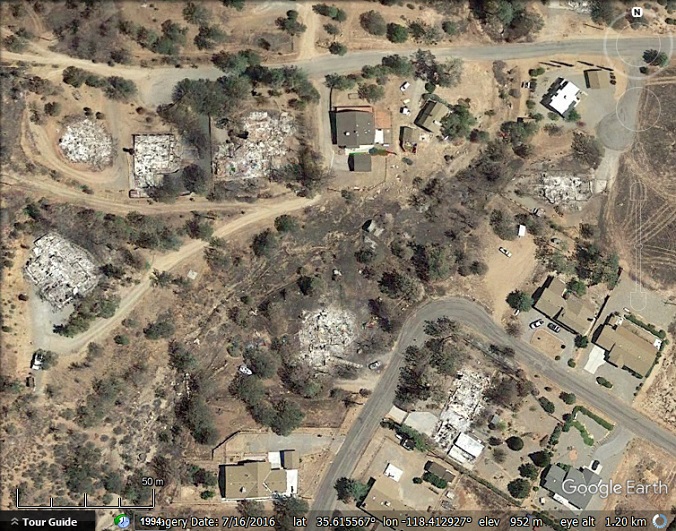 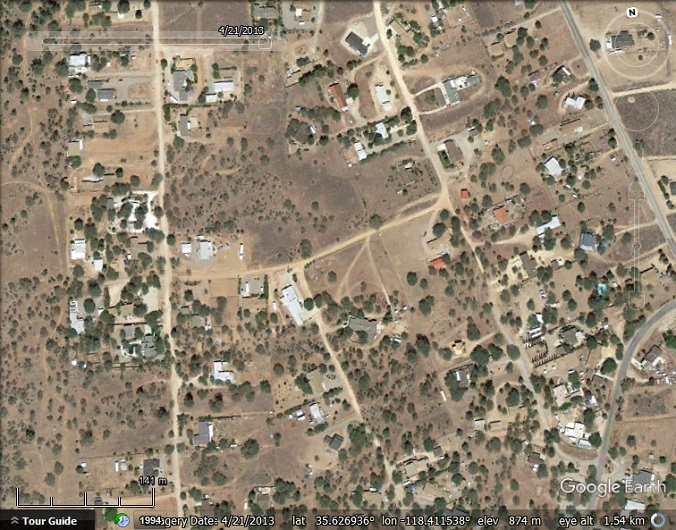 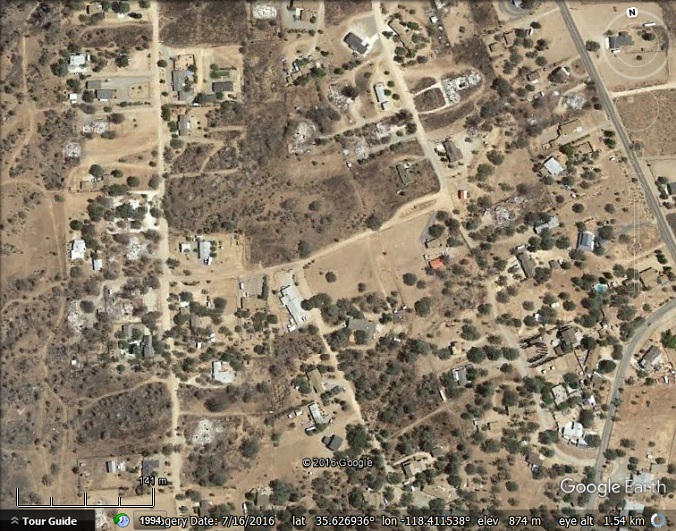 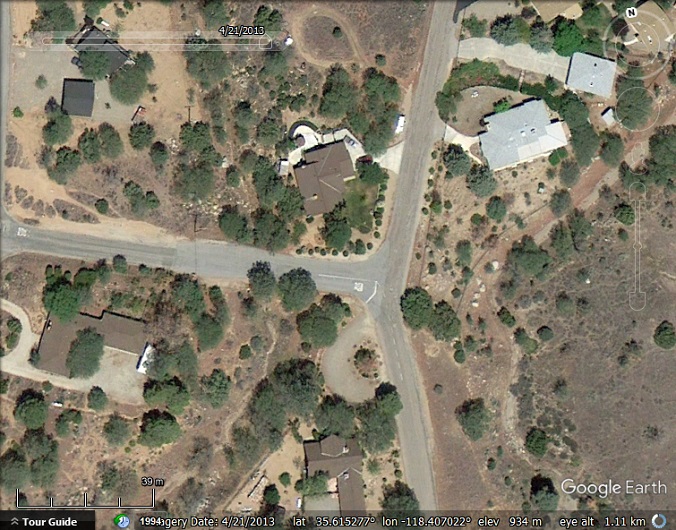 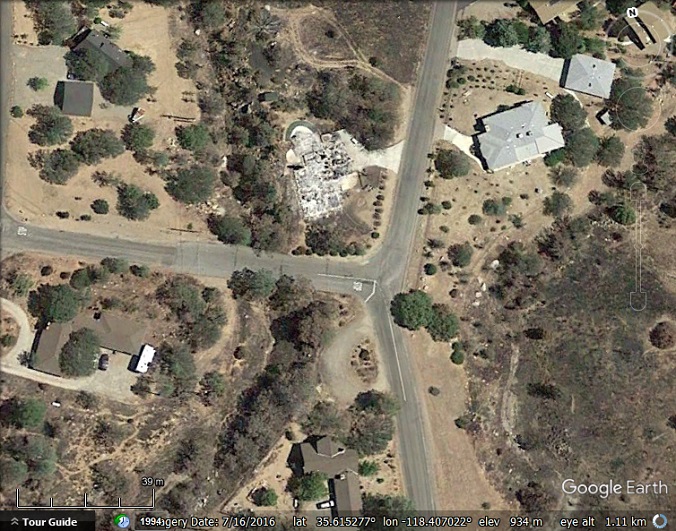 This KML file has placemarks showing the locations of the damaged buildings we were able to find as well as an image overlay from the map shown on Wikipedia showing the approximate extent of the fire.