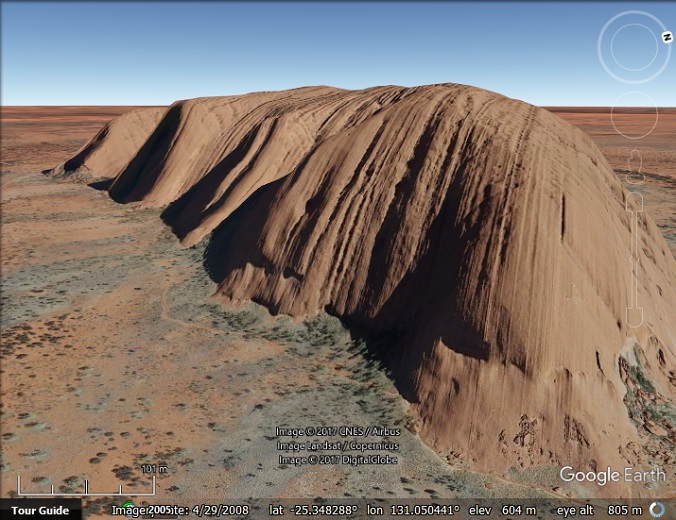 In late March, 2017, Tropical Cyclone Debbie crossed the eastern coast of Australia and then moved on to New Zealand. The heavy rainfall resulted in major floods all along its path. The floods were captured in several Sentinel-2 and Landsat images in early April. The best image we could find is a Sentinel-2 image captured on April 8th of the region around Rockhampton, Queensland, Australia. 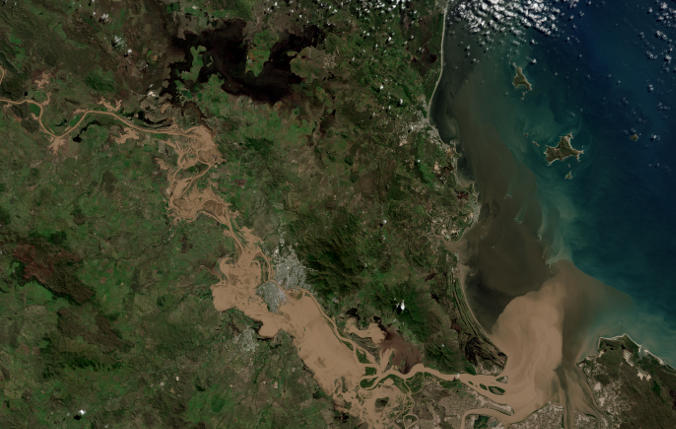 The region around Rockhampton.Copernicus Sentinel data, 2017.

The imagery was obtained via the archive on Amazon AWS and processed using GeoSage’s Spectral Discovery tool.

As you can see from the measuring stick in this article the recent flood wasn’t the worst on record, but wasn’t far off.

and a high resolution version of just the Rockhampton area

. We can’t share the full processed image as it is over 350Mb.

We have introduced you to NSW Globe in the past, but it is well worth a revisit.

New South Wales is an Australian state. Its local government has made available, via a Google Earth KML file found on this site, a wealth of information. The most recent addition is property price and sale information for the whole state. 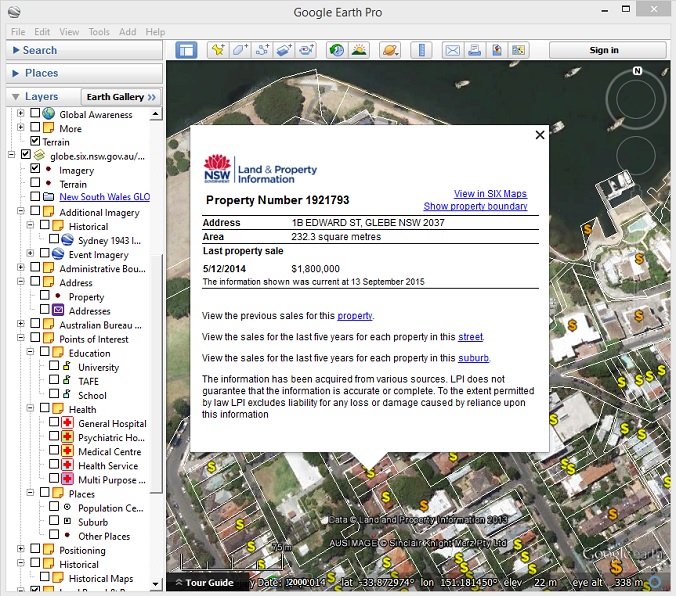 The popup includes links to property sales information from the last five years for the property in question or for the street or suburb.

Most interesting is how all the data is served. We believe that they are using Google Earth Enterprise. Note that the KML file does not open in ‘Places’ but rather in the ‘Layers’ section. We have seen this before with links from the Google Maps Gallery. One of the side effects of this is that you cannot save it for later, so you have to reopen the downloaded KML file every time you want to view the data. It also stops you from downloading all the data locally and sharing it – a form of copy protection.

The imagery loads smoothly as if it is just another Google Earth layer. Also interesting is that it comes with its own terrain model (as a selectable layer) that is slightly different from Google Earth’s built in terrain. From what we could tell by looking around Sydney, Google Earth’s terrain model is higher resolution.

The New South Wales (Australia) Government has just released a new product they’re calling the NSW Globe which compiles a ton of information about the state into a single, powerful KML file. The goal of the site, according to NSW minister for finance and services Andrew Constance:

The tool allows users to find out more about their property or local area, and provides access to historical information including aerial photographs of Sydney from the 1940s, as well as flood maps from places like Bourke, Moree and Wagga

Inside the KML file you’ll find the following:

For example, here is a shot of Sydney using the 1943 imagery: 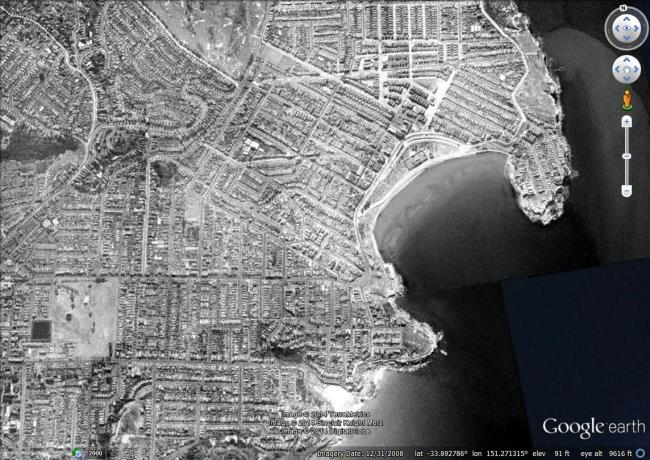 It’s quite an impressive product and it provides an amazing amount of information about New South Wales. Check it out for yourself at globe.six.nsw.gov.au.