Terrain
Since the first days of Google Earth, the 3D terrain has been most of the most amazing features in the program. It makes everything look better, and creates stunning views of the largest mountains in the world (such as K2, seen below). 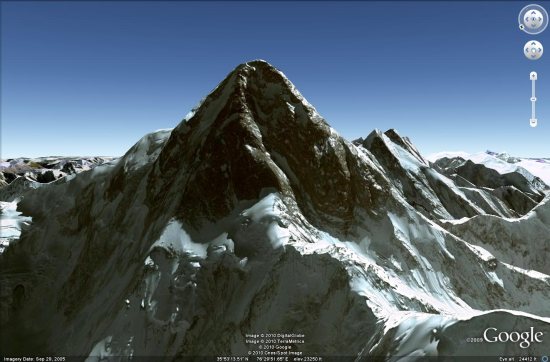 3D terrain is enabled by default, but you can edit it by playing with the “Terrain Quality” settings in the main [Tools] > [Options] menu.
Trees
Introduced in late 2010, sprouting out of the 3D terrain, is the 3D trees feature. The initial release featured more than 80,000,000 trees in a handful of cities, and Google has added a few more since then. However, the new 3D imagery seems to be replacing the 3D trees so I’m not sure we’ll see any more cities get the trees. Google hasn’t announced anything about that, but we haven’t seen any new trees added in months, and their focus seems to be on the 3d imagery. Regardless, the trees look amazing and are a great addition to Google Earth.

Tours
“Tours” in Google Earth are a great feature where you can record a path for someone to follow, then allow them to watch it for themselves (including audio, image and video overlays). A great example is the “Rebirth of Crissy Field” tour that we posted a few months ago.
An unrelated but similarly-named feature are the new “Tour Guides” that go along with 3D imagery in a few cities. Those are built-in tours that show off highlights in the new imagery. They’re currently only available on mobile devices, but the imagery should be out on the desktop versions of Google Earth before the end of the year and presumably the tours will come with it. 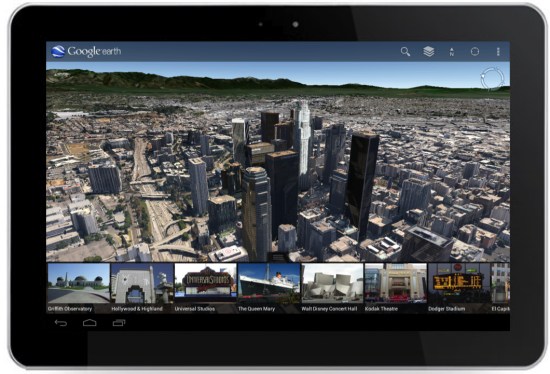