In a recent press release by Amnesty International there is a story about a cover up by the Nigerian army of a mass killing of over 350 people in the town of Zaria, Nigeria, in December 2015.

The article mentions a possible mass grave visible in satellite imagery. However, no coordinates are given so we were unable to identify the location in Google Earth. This article includes a screenshot of the location from Google Earth, but again, does not give coordinates. However, it does include a map of a number of buildings that were completely destroyed. Based on the map we were able to locate them in Google Earth as seen below: 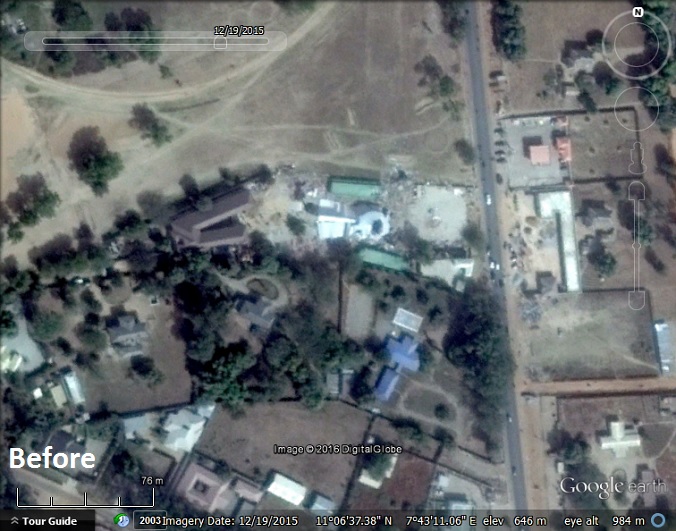 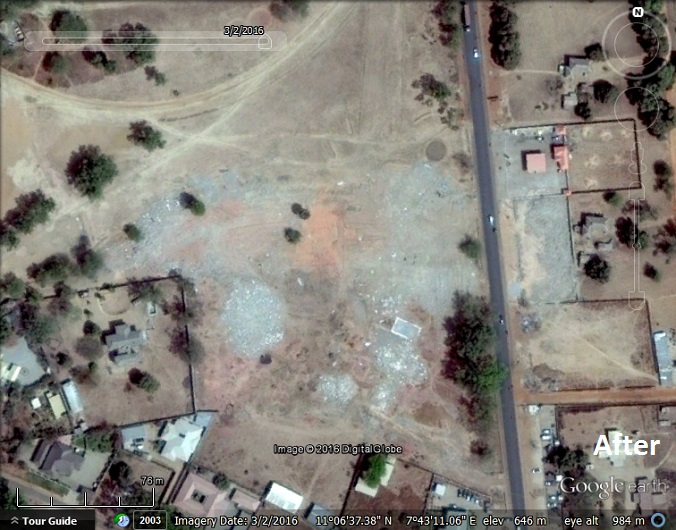 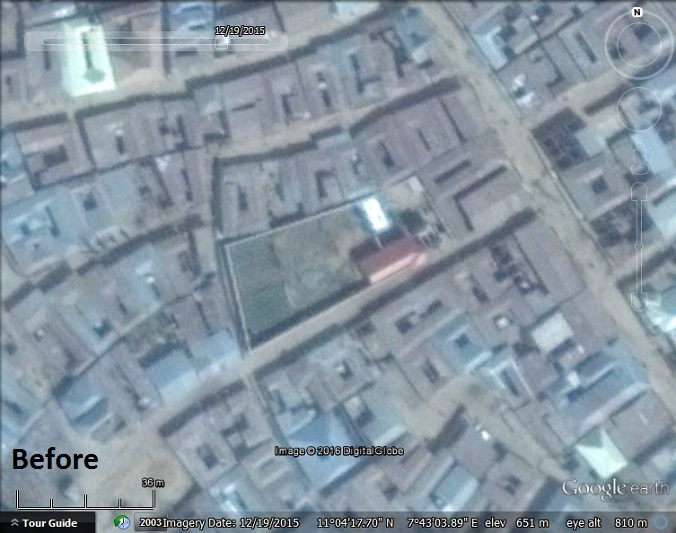 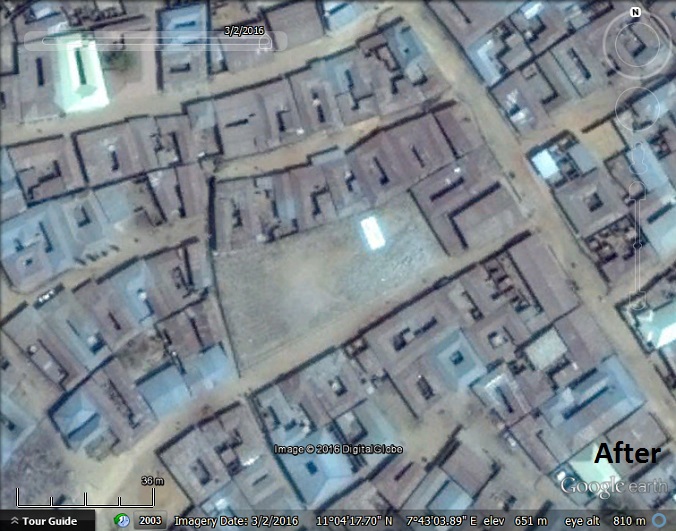 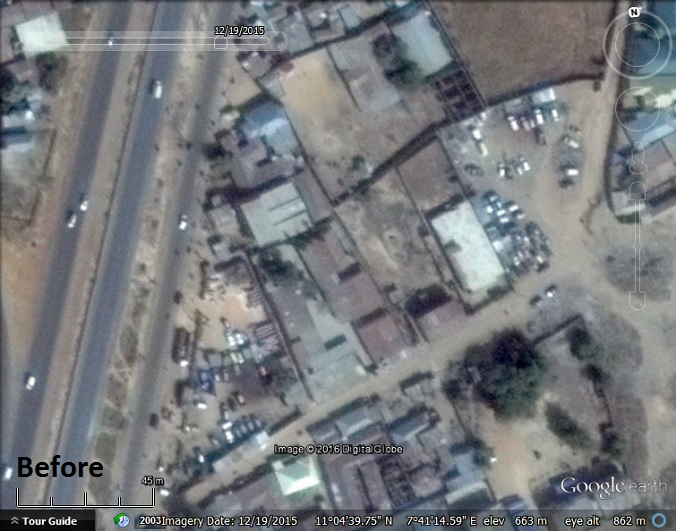 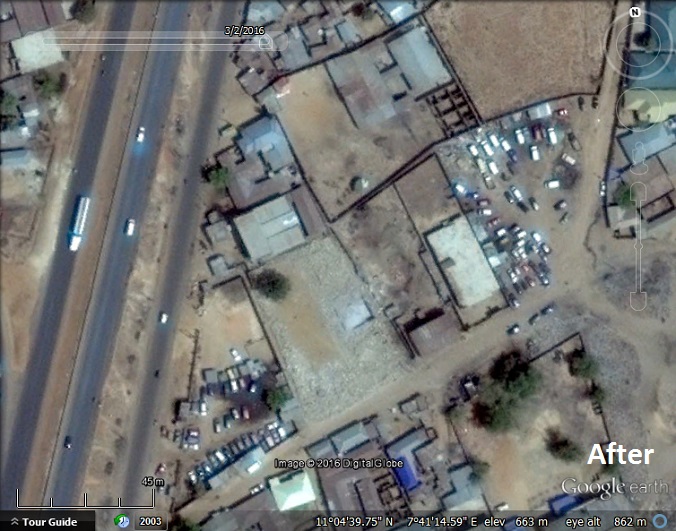 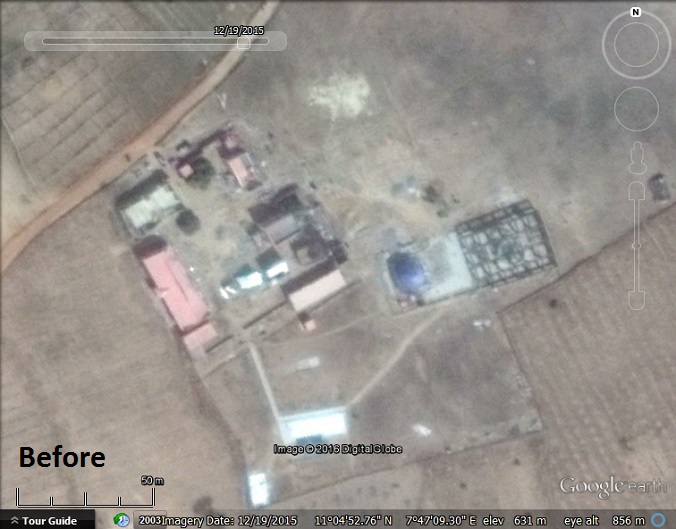 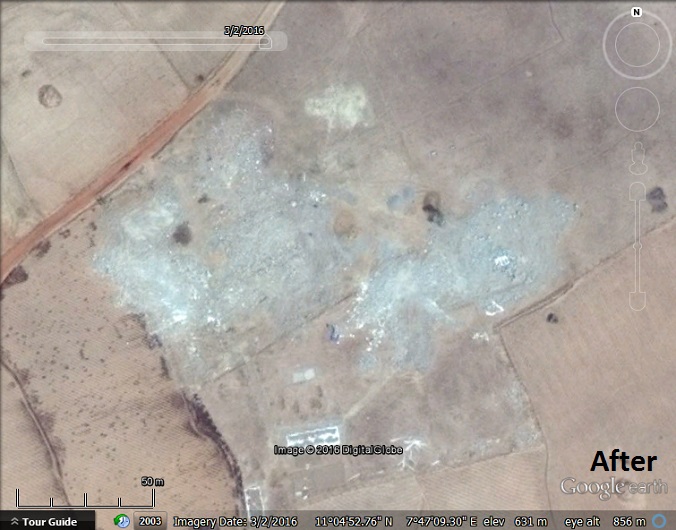 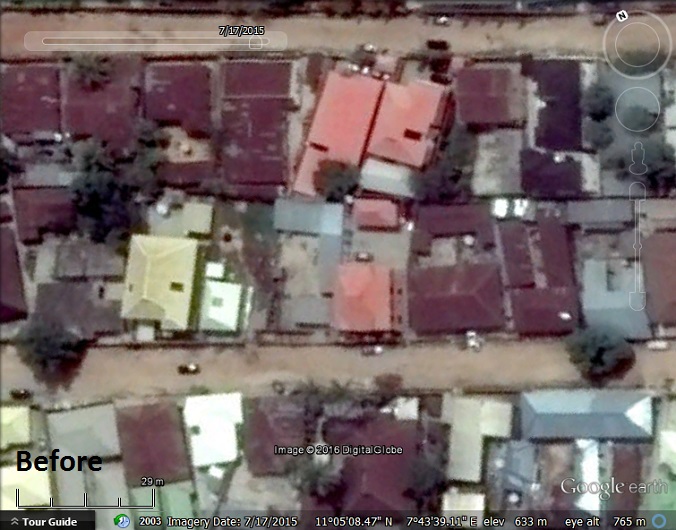 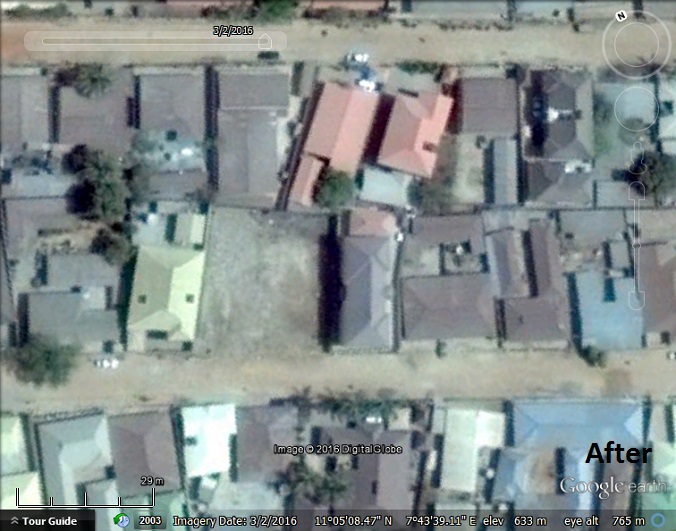 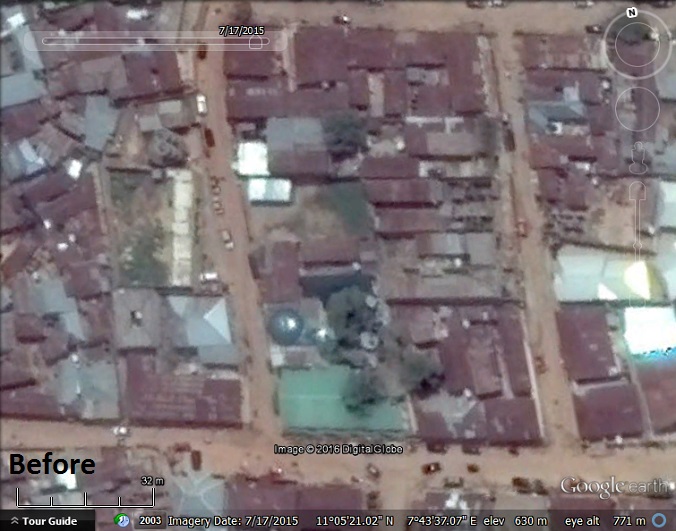 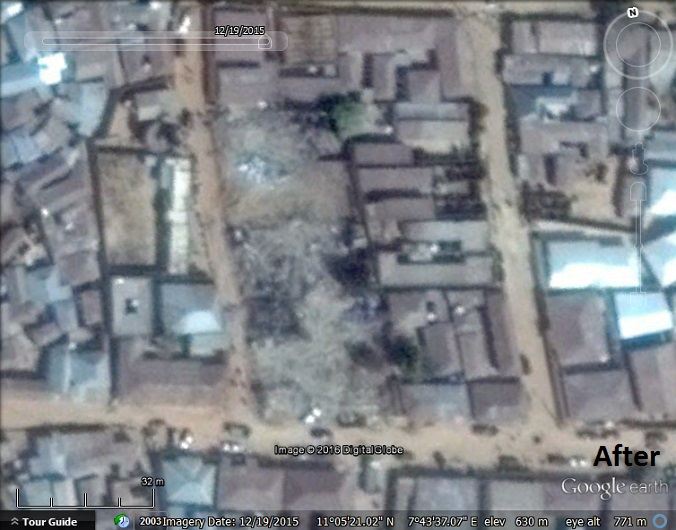 To see the above locations in Google Earth download this KML file. If any of our readers manages to locate the suspected mass grave site please let us know in the comments. A ground level photo suggests it is near some overhead high voltage power lines.

Although the imagery above does not prove that there was a mass killing, nor directly implicate the Nigerian army in a cover up, it can be used to corroborate witness testimonies. We believe that as satellite imagery becomes more frequent and more readily available, it will become increasingly important in cases like this. We would also like to comment that not enough news outlets include coordinates when showing satellite imagery. It is important to allow readers to be able to confirm imagery for themselves by looking it up in Google Earth or other sources.