In July we noticed that Google had got the altitude wrong for the 3D imagery of the city of Crotone, Italy and it looked like it was under water. They have since fixed it. However, we have just noticed that an area in southern California has a similar problem. Maybe Google felt that some virtual water would help with the recent drought. There are interesting effects that look like levees designed to keep the water out where it meets either 3D imagery or the Salton Sea which does not show the water animation. 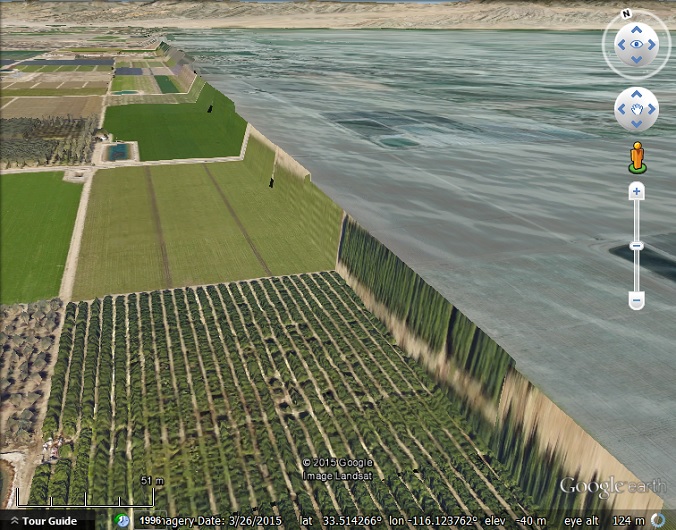 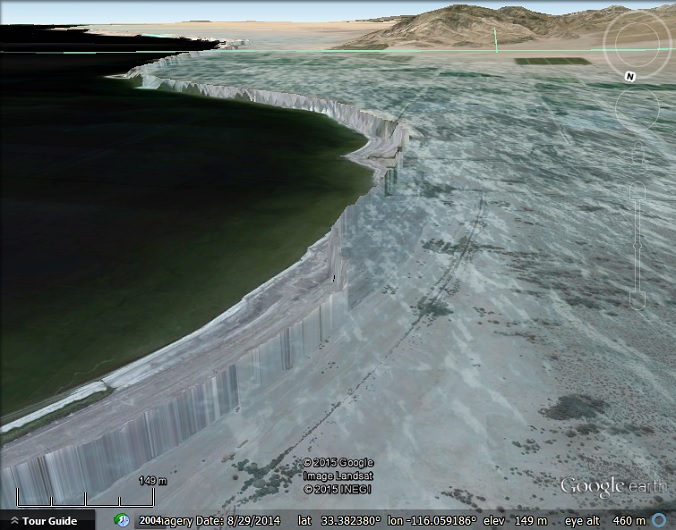 The Salton Sea has an interesting origin that you can learn more about in this YouTube video.

We had a look around at other parts of the world that have land below sea level and found only one other place – Death Valley, which is also in California. The water only covers the northern end of Death Valley. 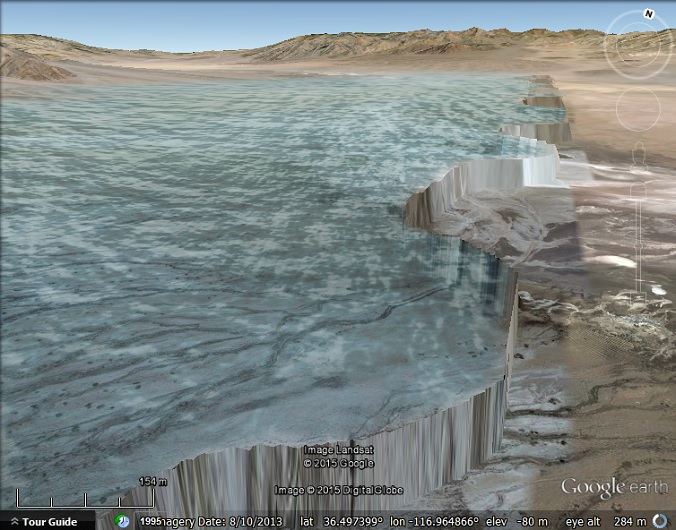 It would appear that Google Earth has an internal map of what is land or sea and does not show the animation for most locations that have land below sea level, but something has gone wrong with it in the locations above.

To see the effect, turn on ‘Water Surface’ in the ‘View’ menu. However, the levee effect remains even with the water surface turned off.

If anyone knows how long this has been in Google Earth please let us know in the comments.