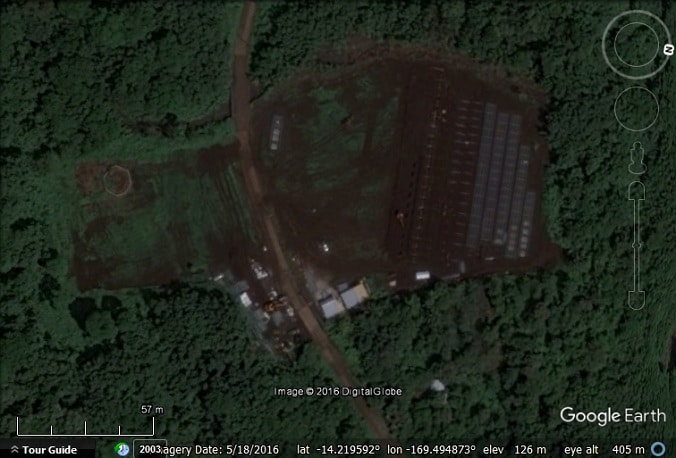 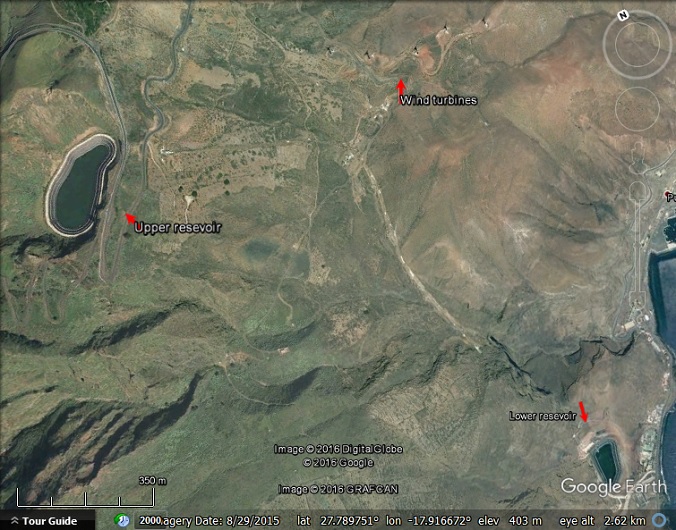 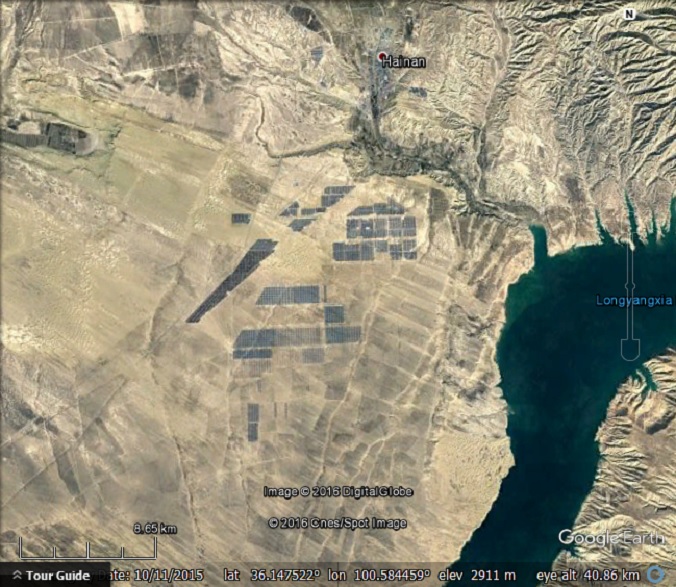 Tesla has started taking orders for the Model 3, its first electric car targeted at the mass market rather than the luxury car market. It was unveiled at a special even in California last night, March 31st, 2016. Tesla’s cars run on lithium-ion batteries. To make enough batteries for their cars, Tesla is building what will be the world’s largest lithium-ion battery factory, Gigafactory 1. 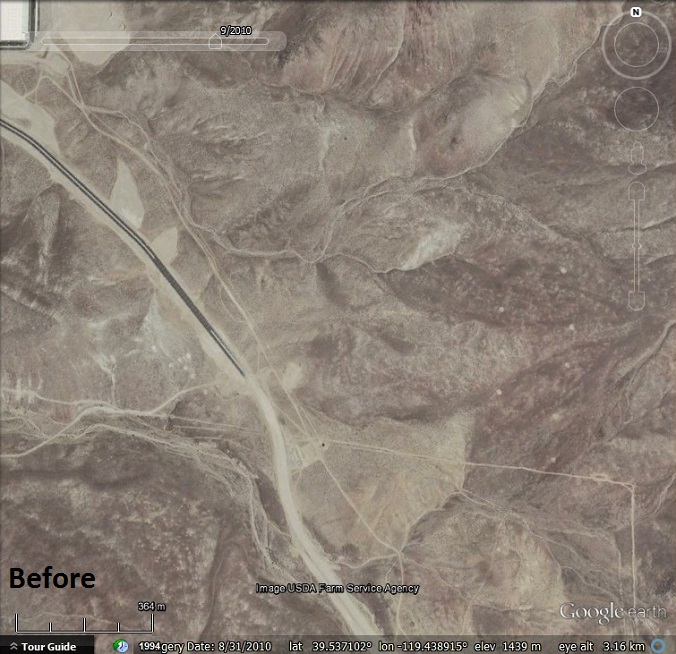 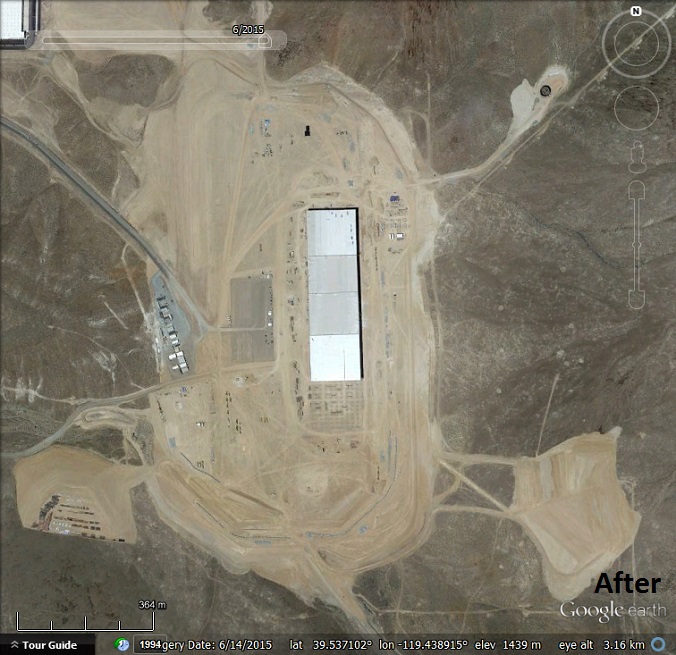 To make the batteries, they need large quantities of lithium. They are hoping to get a lot of it from a mine in Nevada, not far from Gigafactory 1. Read more about it here. They will, however, probably need lithium from all over the world.

Some lithium mines look pretty much like any other mine in Google Earth, but a number of the larger ones get the lithium from brine water pumped up from underground into large evaporation ponds. Evaporation ponds used for obtaining salt from seawater often turn red, as we have seen before but it seems lithium evaporation ponds tend to be turquoise, with occasionally some green. 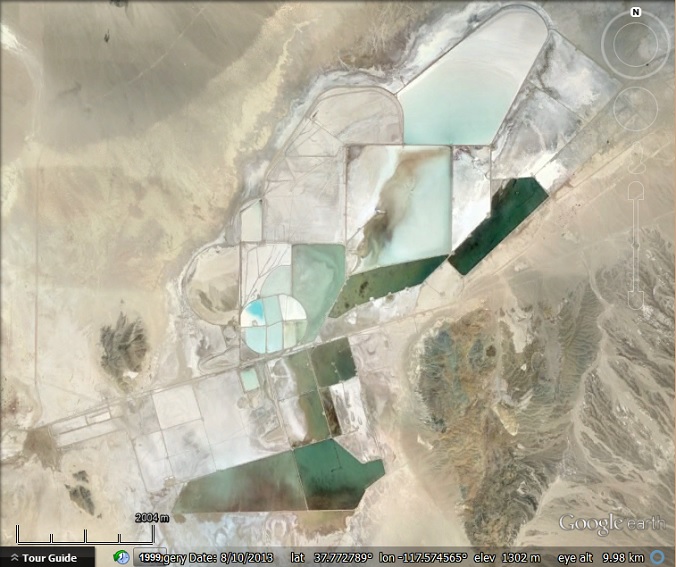 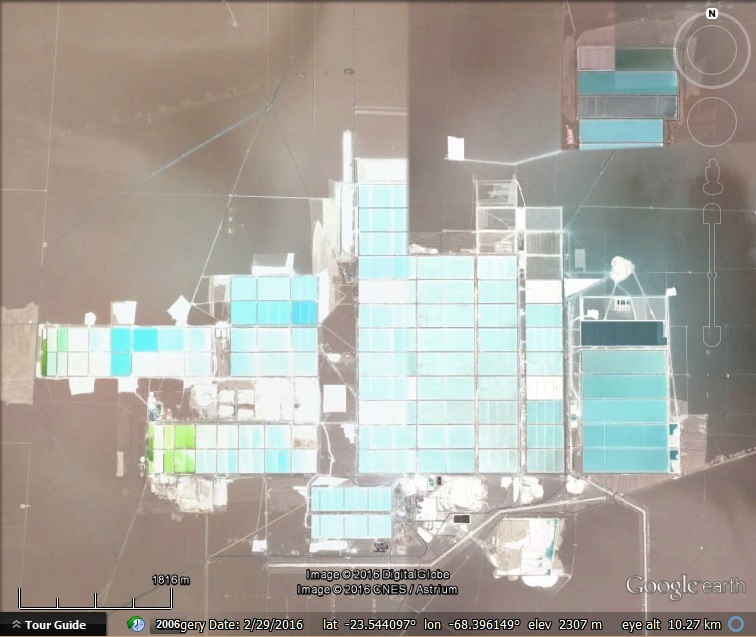 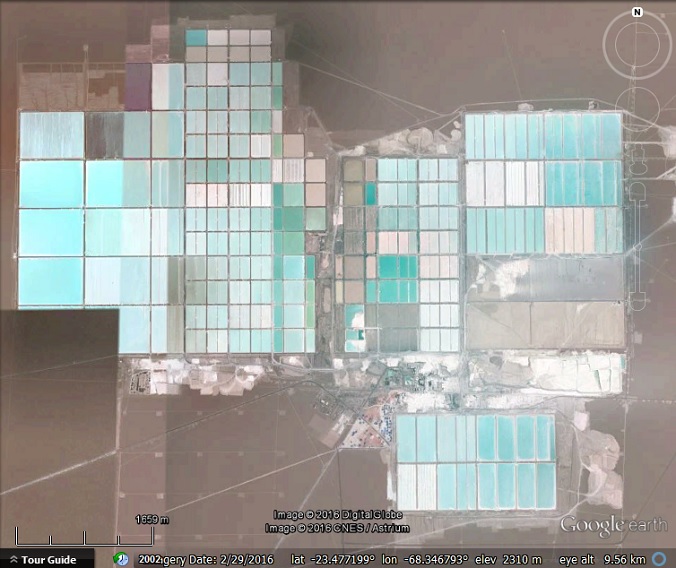 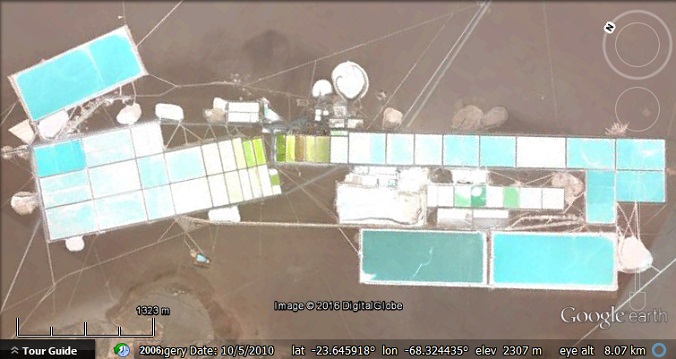 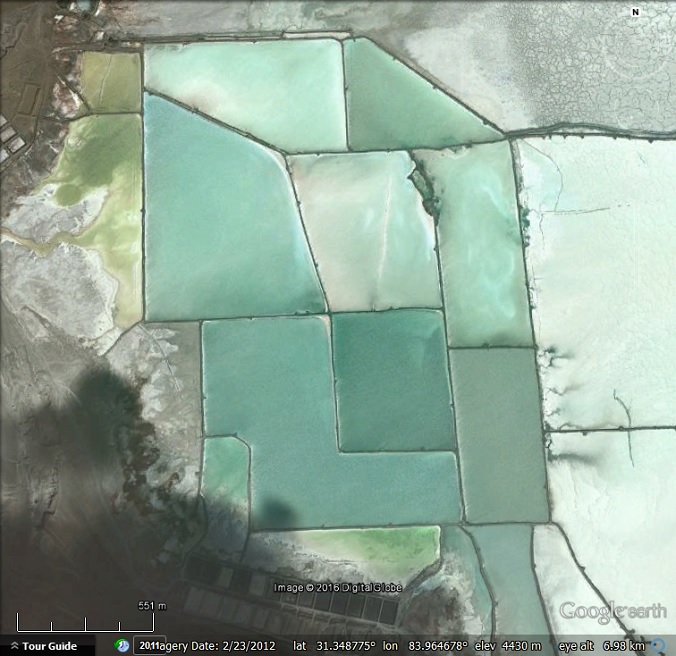 To find the above locations in Google Earth, as well as a few other related locations, download this KML file

While researching this story we came across an image in South America dated February 28th, 2015, which is not yet in ‘historical imagery’. This means that there has been at least one imagery update in Google Earth since the last one we reported. We will not be able to tell the extent of the update until the imagery is pushed into ‘historical imagery’.