Over the past few days a crisis has played out surrounding the Oroville Dam in California. 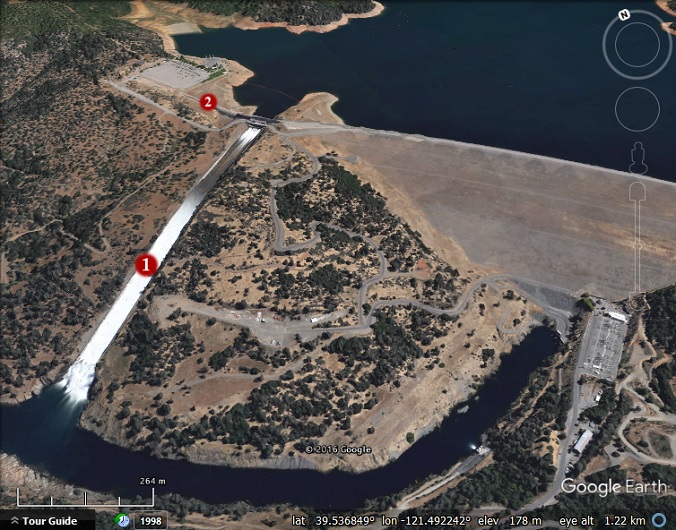 It started with a hole developing in the dam spillway (1). In response, the California Department of Water Resources closed the spillway on February 7. But due to high rainfall, the water levels in the dam kept rising until they eventually overflowed the emergency spillway (2). However, it soon became apparent that the water was eroding the soil at the base of the emergency spillway and there was concern that it might collapse. This resulted in an evacuation order on February 12th, affecting around 188,000 people who live in the danger zone downstream of the dam. At some point the main spillway was reopened and by February 14th the water levels were low enough that officials lifted the evacuation order.

You can get a more in-depth description of the events here and on Wikipedia.

There is an animation here showing the areas that would have been flooded if the emergency spillway had failed. 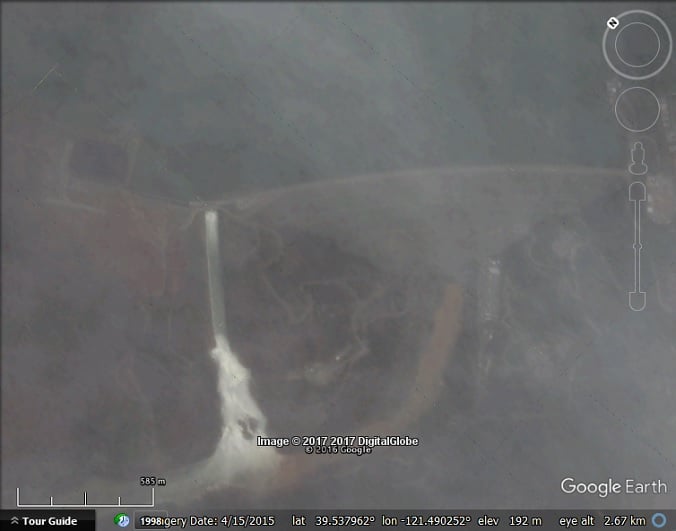 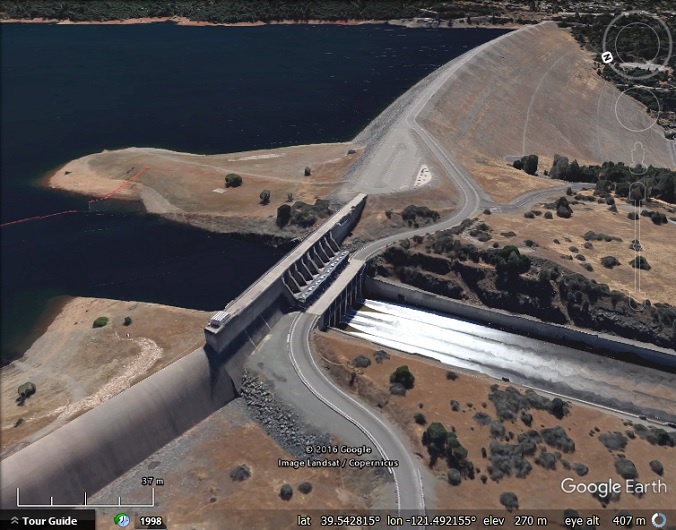