We were investigating China’s new Silk Road that has been in the news recently (find various maps via Maps Mania), and we came across some strange shapes in the city of Jiayuguan, China. 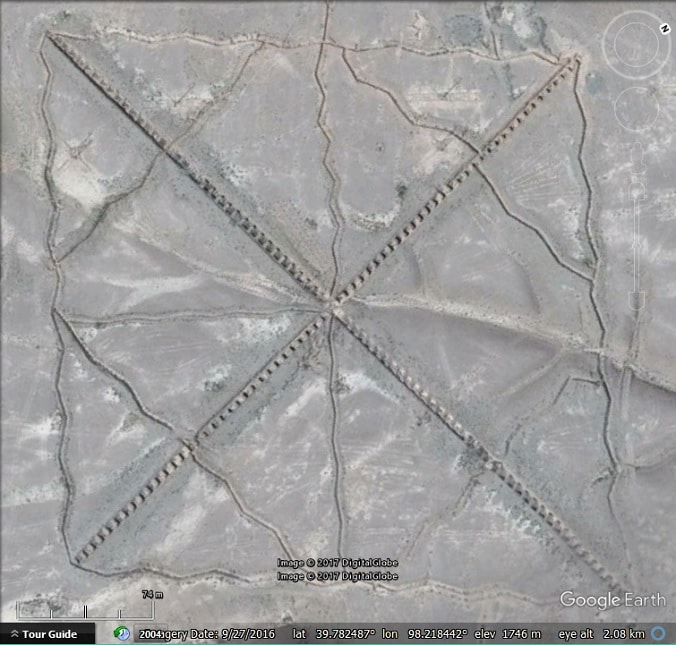 The most striking is this square with an ‘X’ and various zig-zag lines. 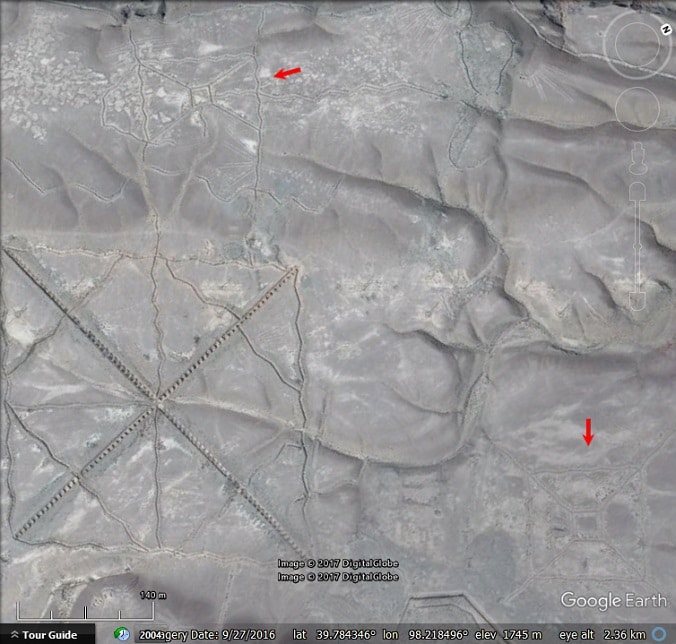 Next to it are two other shapes.

There are also many other zigzags that look like ditches and what look like power lines of various sizes crossing the area. If any of our readers knows what the shapes are, please let us know in the comments. We don’t think they are ancient ruins, as those are reasonably well documented and consist of a fort and a wall across the pass that is the Western end of the Great Wall of China (which actually consists of lots of separate walls). 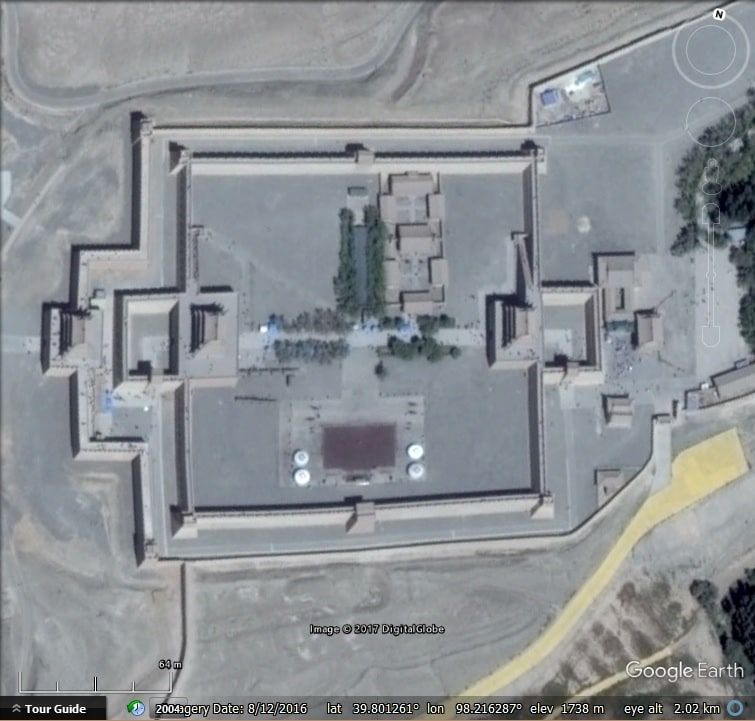 Nearby there is a large geoglyph apparently made with trees. According to this post it is the Chinese character ‘lóng’ in cursive script. 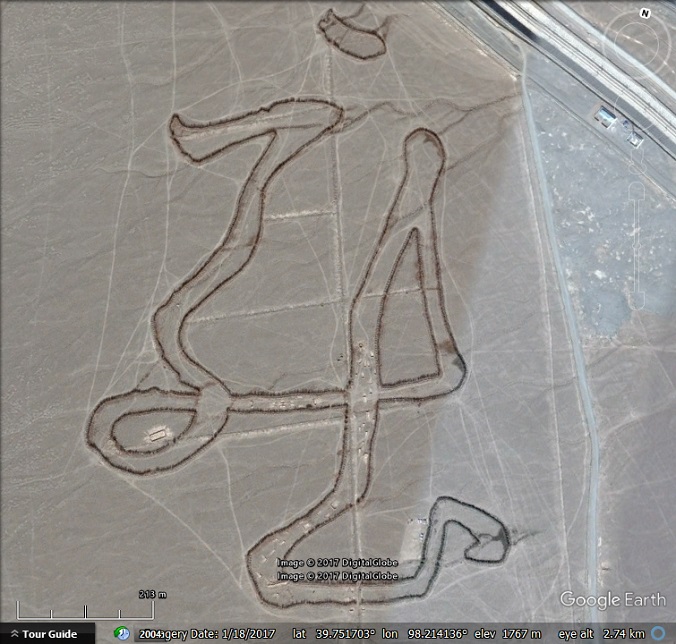 At 1 kilometre high, it must be a record, but we couldn’t find any references to confirm that.

On the nearby hills, there are three more geoglyphs that are part of the Rhythms of Life series by Andrew Rogers that we covered in 2011. Read more about them here. 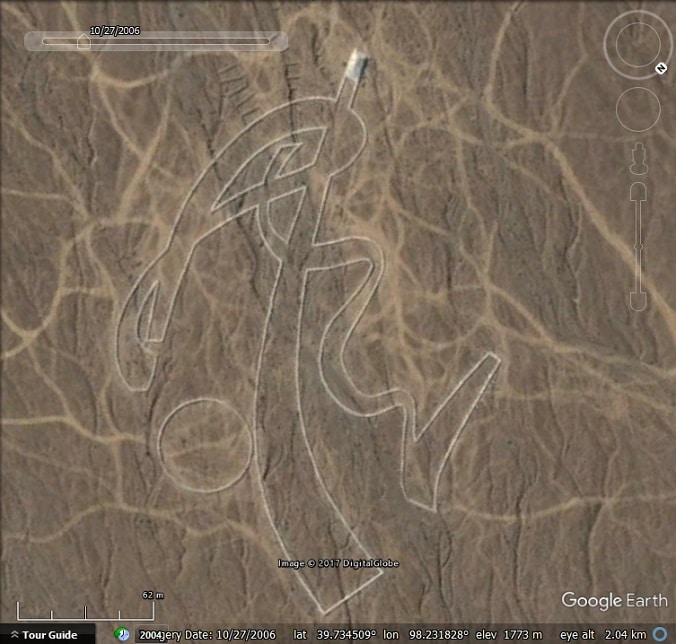 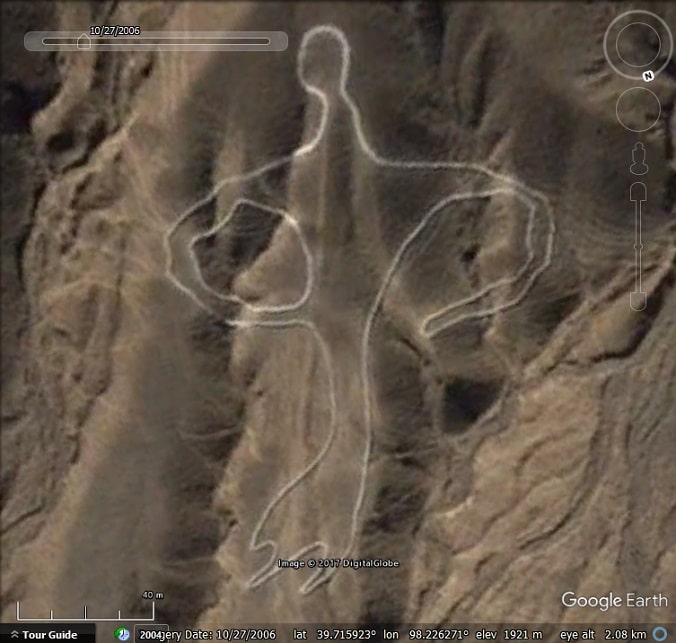 “Caveman”. Part of the Rythms of Life series by Andrew Rogers. 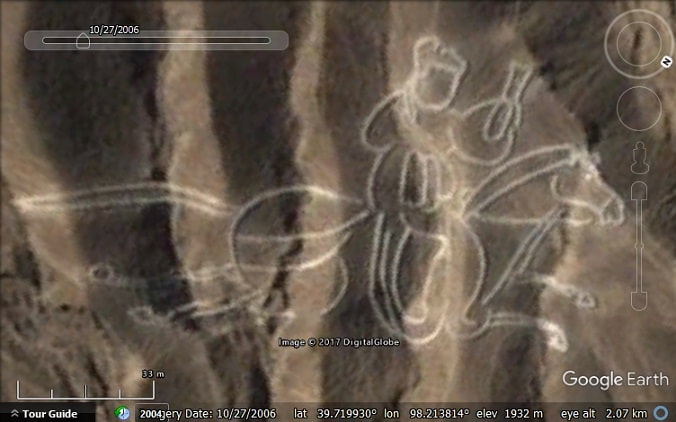 “The Messenger”. Part of the Rythms of Life series by Andrew Rogers.

There are many other interesting patterns in the region such as a wavy line along the railway line that we believe is for drainage, and some buildings and other structures laid out in arrays.

To see the above locations and more in Google Earth, download this KML file