Eight years ago I created a game on Google Earth Hacks titled “GE War“.  It was based very loosely on the idea of a Risk-style “take over the world” game, and it started as mostly a proof-of-concept of some interesting ideas I had regarding dynamic KML files. 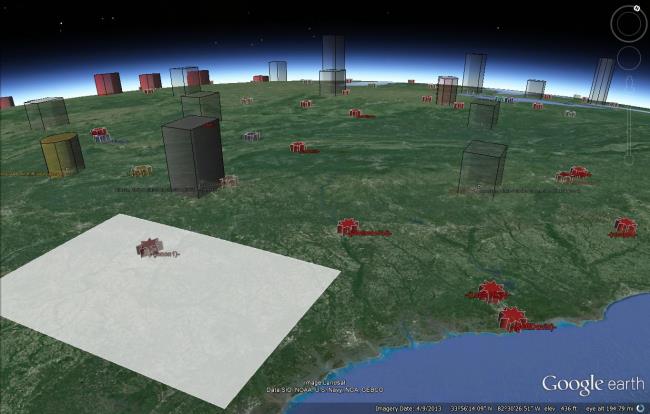 I built a few other games using similar ideas (such as GE Football and GEMMO), but GE War remained the most popular.  In fact, it was really taxing my server to manage the traffic, not to mention my time in developing and troubleshooting the game, so I handed it over to some of the more active players and developers and they’ve run with it!

The game was moved to gewar.net shortly after, and has continued to slowly evolve over the years.  While the basic idea is the same (collect resources, attack other cities), it’s expanded quite a lot.  They’ve changed some of the mechanics (changed oil from a “resource” to a “commodity”), adjusted how nuclear attacks work, created a boot camp for new players, and now have more than 1300 cities featured in the game, but it was a great game to pass the time, although there are other alternatives like Casino games, such as judi dadu online where you can make money on different sites online.

If you’re a fan of this kind of game, having an always-on war-style game that runs inside of Google Earth is a pretty neat thing.  Go start a game at gewar.net and take over the world!