[ Update: The site mentioned below is a restricted demo. They have since created a free tool that can be found here. ]

A Fresnel Zone is a region of space between a wireless transmitter and receiver within which obstructions may cause interference to the signal. A couple of years ago we showed you a site called EngineMaps that offers to create a KML showing the fresnel zones for a given pair of points. As far as we can tell it is a paid for service.

Thank you to GEB reader Kevin of Loxcel Geomatics for letting us know about their own implementation of a similar idea. Loxcel Geomatics provides maps of cell tower locations in Canada. They have added a new feature to their maps that can generate a KML showing the Fresnel Zone between a given location and a known tower. Read more about it here.

To try it out, they offer this demo map of the cell towers in a region of Ottawa, Canada. Place the cross that is in the centre of the map at the location where you want the receiver to be, then click the button labelled ‘Closest sites interference’. A popup opens where you can select the tower of your choice and adjust the height of the receiver. 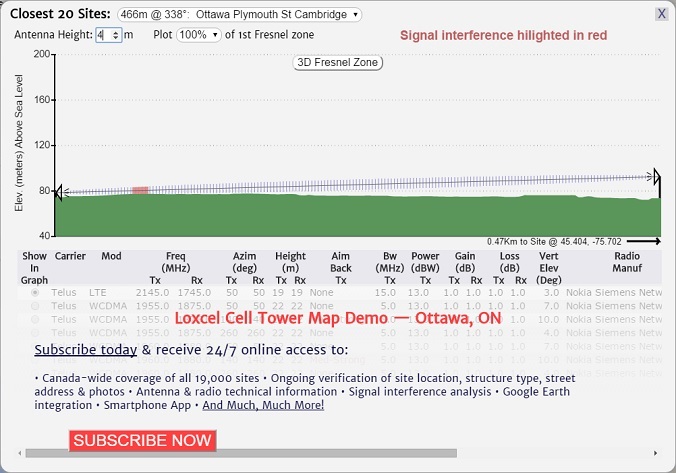 Try lowering the antenna height and it will show when there is interference. They must have a 3D map of Ottawa built into the calculations.

If you then click the ‘3D Fresnel Zone’ button, it will download a KML file to show you the Fresnel Zone in Google Earth. 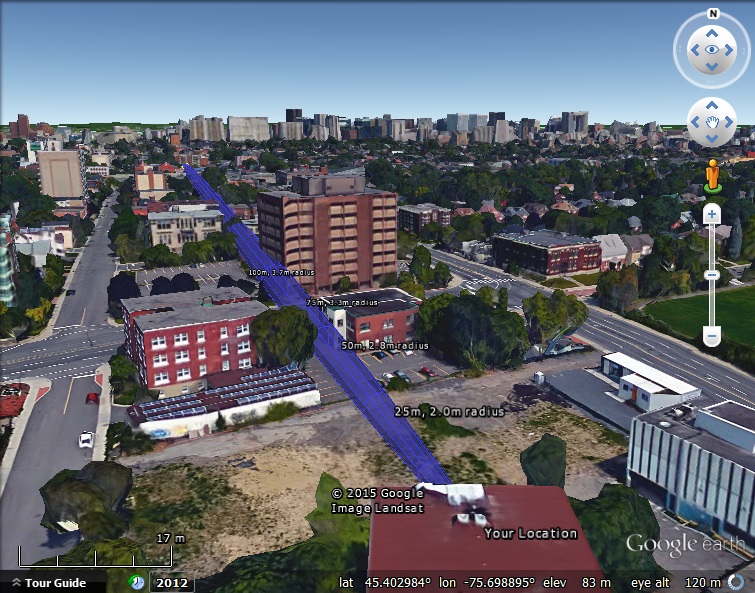 We just might get a signal between the buildings.