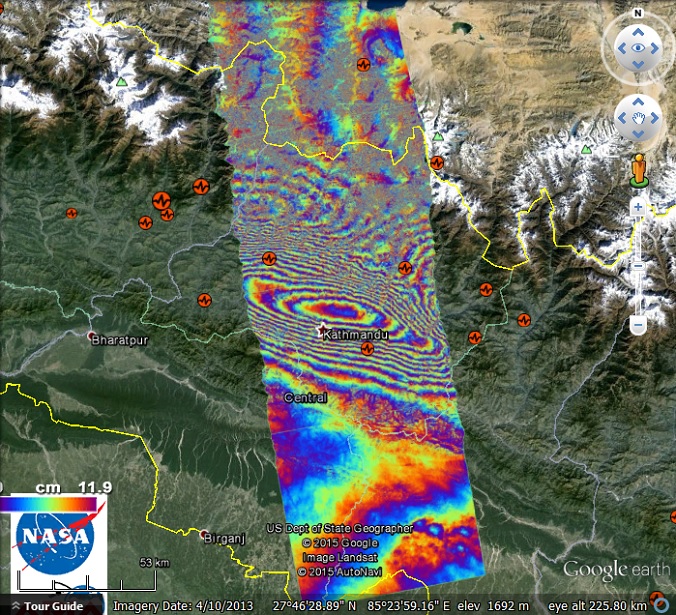 We have in the past looked at the some of the California fault lines where earth quakes are likely to occur.

A recent story in the news is that a recent report by the Working Group on California Earthquake Probabilities (WGCEP) shows that the probability of an 8.0 magnitude earthquake happening in the next 30 years in the California region is higher than previously thought.

The interesting part from a Google Earth perspective is that WGCEP has provided a KML file showing the fault lines in the California region and the associated probability of a large earthquake happening in the next 30 years. You can download the KML here 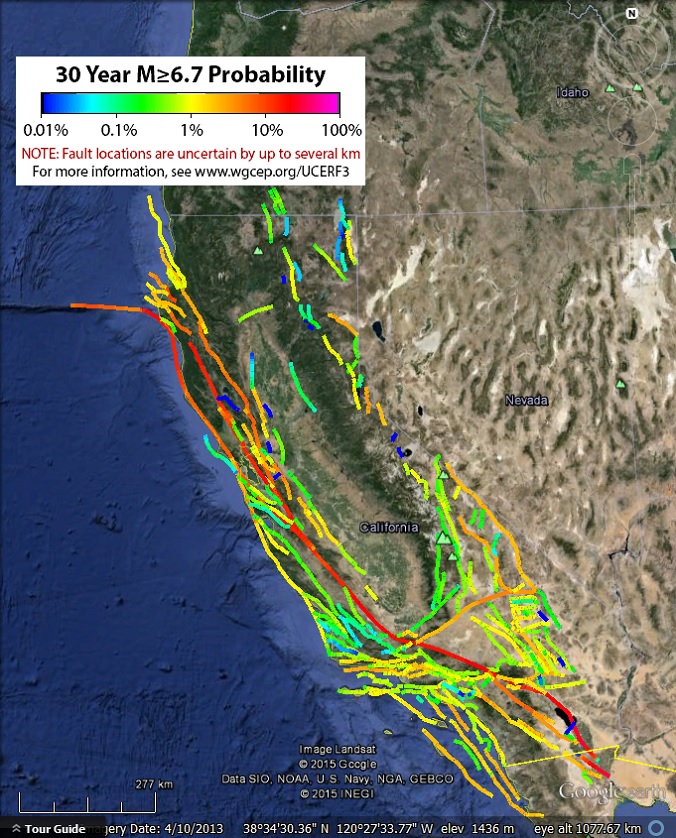 Google Earth has an Earthquakes layer in the Gallery, provided by the US Geological Society (USGS) which shows historical large earthquakes globally. In addition, the USGS provides various KMLs that show all the recent earthquakes over a magnitude of 1.0. You can find them here.

If you want a global view of the tectonic plates that cause the fault lines, we recommend the map from MyReadingMapped that we reviewed here.

We have also looked at the aftermaths of earthquakes, such as the August 2014 Napa Earthquake.

We recently came across this map in the Maps Gallery which alerted us to the the fact that Google Earth (and Maps) has imagery taken soon after the magnitude 6.0 earthquake that struck Napa Valley, California in August. To find out when and where the earthquake took place, we can use the ‘Earthquake’ layer in Google Earth (found in the ‘Gallery’ layer). According to the marker on that layer, provided by the US Geological Survey (USGS), the Earthquake took place at 10:20:44 UTC on August 24, 2014, which was 3:20 a.m. local time. The latest imagery in the region is dated August 24, 2014, and judging from the shadows, was taken in the early afternoon. The whole area has the new 3D imagery, which is created with aerial photography captured before the earthquake, so to see the imagery from 24th August, turn off the 3D buildings layer. You will also not see the imagery in Google Maps, because it also shows the 3D imagery and has no way to turn it off or view historical imagery.

Although hundreds of buildings were damaged, very few collapsed, so in most cases the damage is not visible in the satellite imagery.

The map we referred to above highlights one of the buildings that partially collapsed during the quake, as seen in this news article. 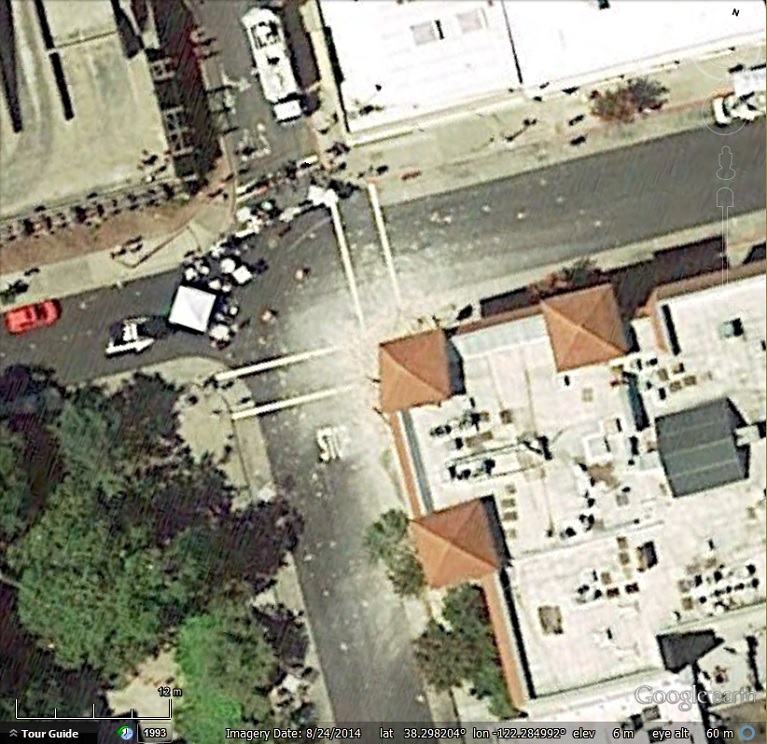 An earthquake damaged building showing debris in the road and a crowd of onlookers. 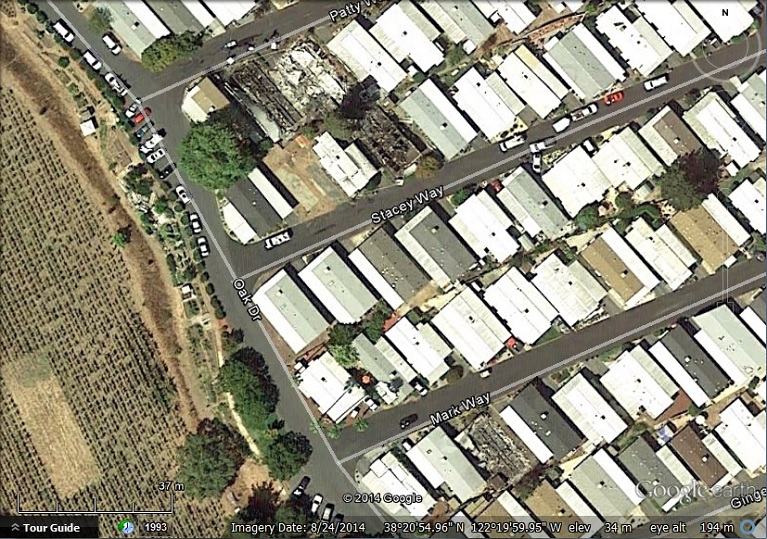 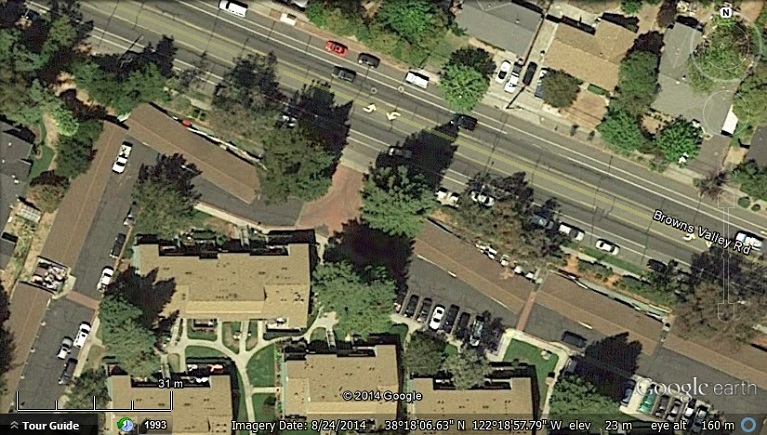 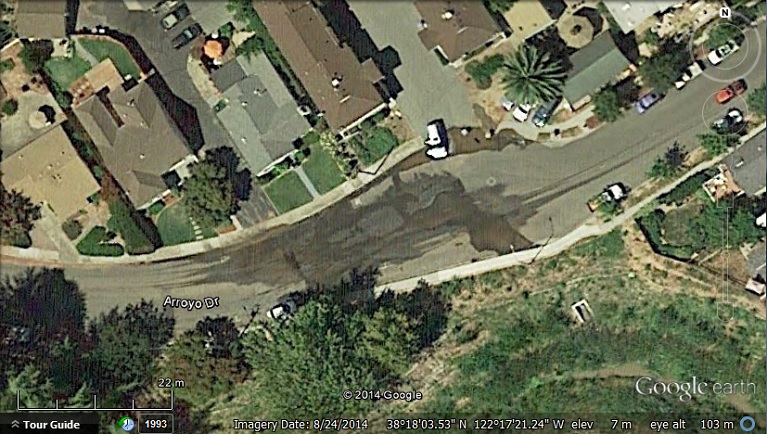 to view the locations in Google Earth.

For our many other posts about earthquakes and the tools in Google Earth relating to earthquakes you can go here. 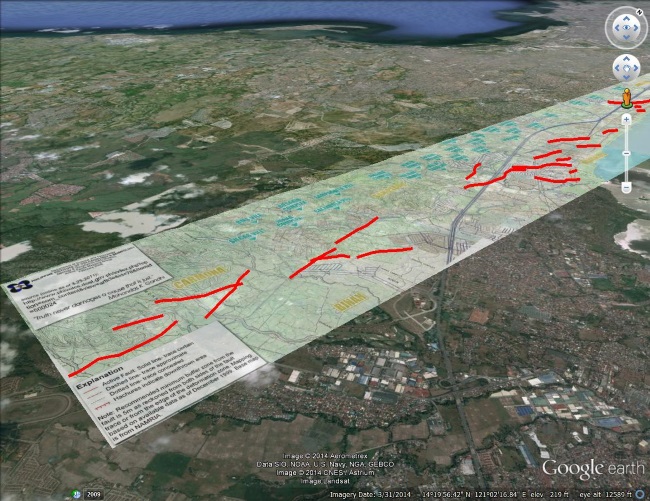 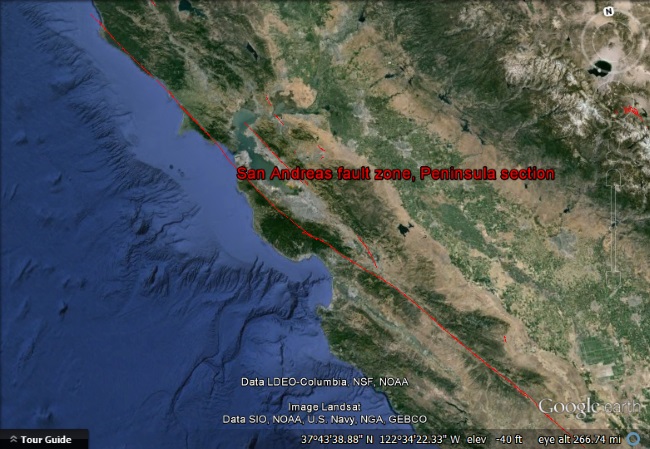 Three years ago we told you about the effort to rebuild L’Aquila in 3D following a major earthquake in 2009. Graziano Di Crescenzo has an Italian blog about Google Earth and is very passionate about the product. He is in L’Aquila and is using Google Earth to keep people informed of the state of L’Aquila five years after the quake. 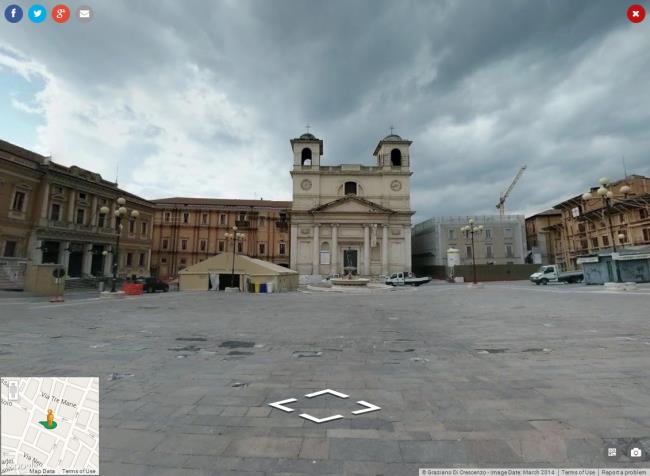 His new website, Hello L’Aquila shows the earthquake damaged central italian city of L’Aquila five years after the earthquake of April 6, 2009. Visitors can walk through the streets and squares of the city and inside some of its buildings using hundreds of user generated streetview images.

Over the course of three months, innumerable journeys were made through the streets of L’Aquila and to capture more than 400 panoramic images covering the entire historic city centre. These images were geopositioned and loaded into Google Maps, approved by Google and connected together to create a single network which allows visitors to the site to move freely through the earthquake damaged city.

All of the other images of the city centre of L’Aquila date back to August 2008 (prior to the earthquake) with a single recent update in 2011 covering the main square and a part of the main central street. Now, instead, it is possible to visit the entire city centre in its current state. The intention behind the project is to keep the panoramas up to date reflecting changes in the city.

Graziano worked with his friends Matteo Faraone, Barnaby Gunning and Massimo Prosperococco to bring the project to life. It’s quite an impressive project, and I encourage you to go check it out at www.hellolaquila.it.