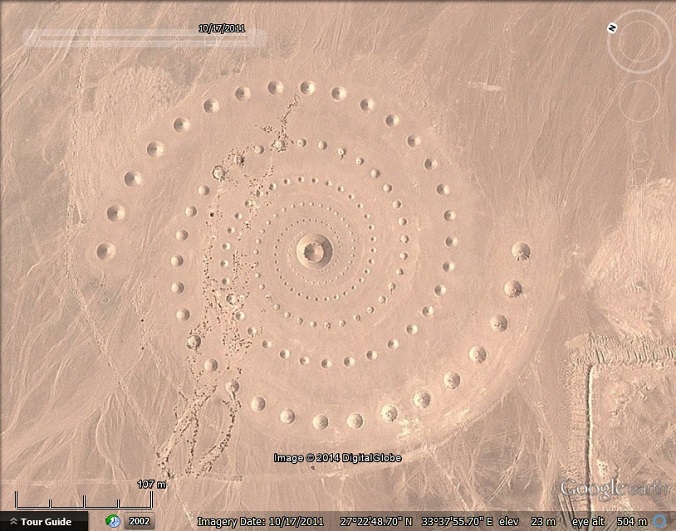 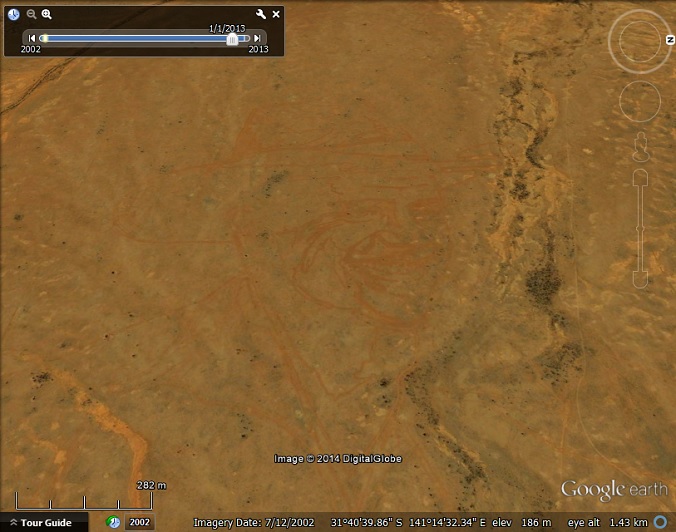 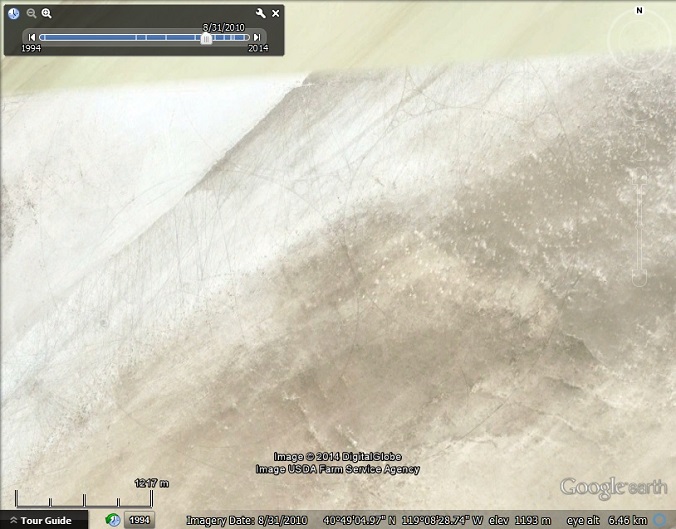 Back in March of 1997, the D.A.ST. Arteam created a massive piece of artwork in the eastern Sahara desert. Because of the sheer size of the work, it remains visible in Google Earth to this day.

While the image has been traveling around the internet, often attached to fantastical stories of aliens, the work is actually quite interesting. According to Danae Stratou, the installation artist, as posted on his website:

Desert Breath expands in an area of 100.000 m2, in the eastern Sahara desert bordering the Red Sea in El Gouna, Egypt. It is a site-specific work that generated out of our perception of the site itself. Its construction consists of the displacement of 8.000 m3 of sand formed so as to create precise positive and negative conical volumes. The conical volumes form two interlocking spirals that move out from a common centre with a phase difference of 180o degrees in the same direction of rotation. The centre is a 30-metre diameter vessel formed in a W-shaped section and filled with water to its rim.