Our friends at DataAppeal, who recently released a variety of updatesto their excellent tool, are back with some great visualizations of the Olympic torch relay.

The first is the “Ribbon Path”, which you can view on their site here, or by downloading this KML file for use in Google Earth. 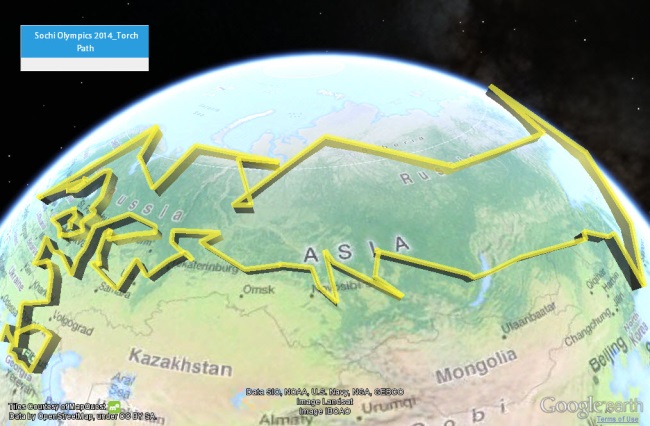 They also have an animated version that can be found on their site here or loaded in Google Earth using this KML file. 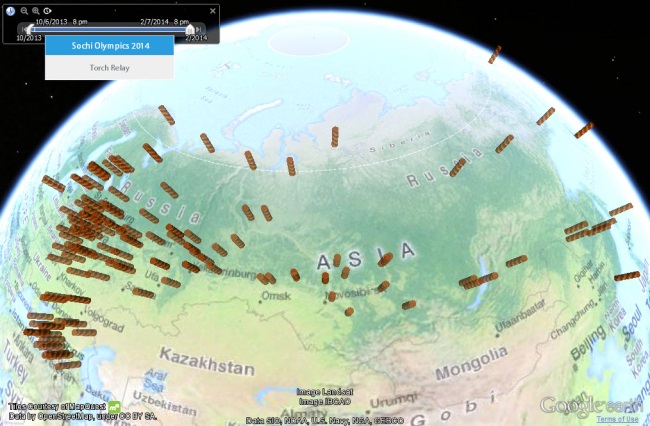 We’ve written about DataAppeal a few times over the years. We first showed you their great tool back in 2011 along with some updates in 2012. They’re back again with a variety of enhancements that make their tool even more useful.

Some of their new features include:

You can read more about what has happened with them over the past year in their 2013 year in review blog entry or check it out for yourself at DataAppeal.com.