As revealed by Google Maps Mania, “Bruce Wayne’s residence” has been captured in Street View and it includes the Batcave. It is not true Street View, but what Google calls either ‘Business View’ or ‘See Inside’. As such, it does not show up as the normal blue lines used for Street View, but rather an unassuming orange dot by the side of the road near Orion Charter Township in Michigan, USA.

To explore it in Google Earth download this KML file

then place the yellow man on the location it marks. Alternatively, go here to explore it in Google Maps.

Once you have entered Street View you find yourself in a small, unassuming country residence by a lake. Walk to the end of the room and you will suddenly find yourself in an underground tunnel that leads to the Batmobile. 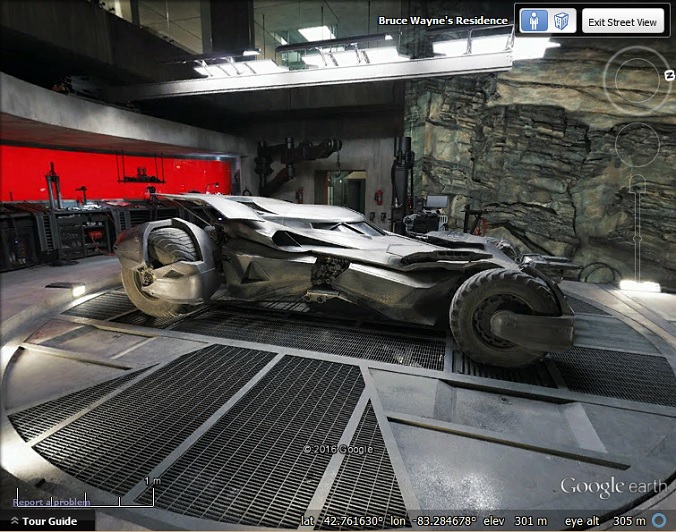 The Batmobile in the underground lair. 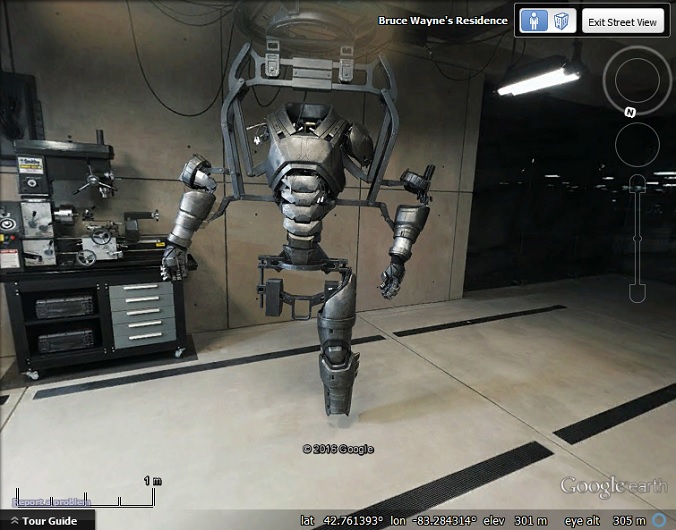 A Batsuit in the making.

According to Wikipedia, a number of different buildings have been used to represent Wayne Manor. The only one we were able to get close to in Street View is Wollaton Hall, found in Nottingham, England. 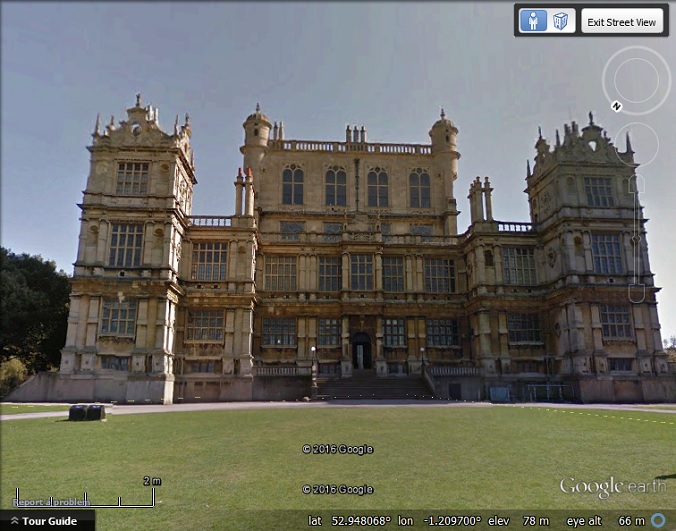 For other movie-related Street View see: