A group of archaeologists in Asheville, North Carolina are using Google Earth to document the history of slavery in their city. The project is described as the following by Audie Cornish of NPR:

In Asheville, North Carolina, an effort is being made to do more in remembering the city’s slave history. A team of archaeologists is using technology to map gravesites in a cemetery that served the black community in that city for generations. 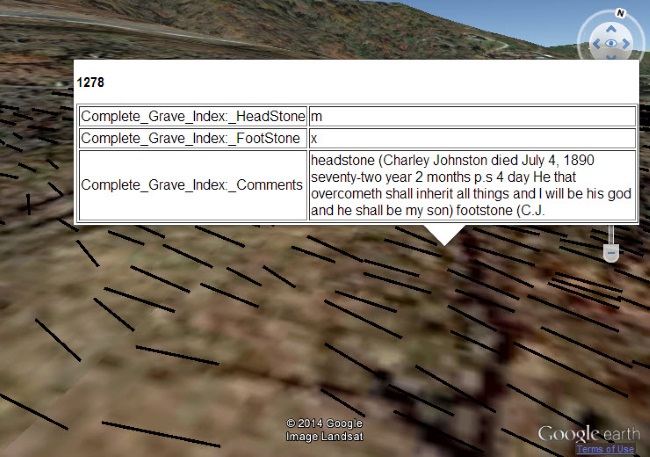 The maps have been around for a while, but in a less than useful fashion. As with many uses of Google Earth, adding geographical context is key as Jeff Keith explains:

Before we made this map and put it on Google Earth, we still had a map, per se. It was, you know, a flat, 2-D representation of the 1,961 graves that in the 1990s, a team of archaeologists went out and probed the earth and actually discovered were all these graves were. But it wasn’t on a map like it is now in terms of being represented in geographical space. Now we can see where it’s situated in the context of Asheville as a whole.

To see their work in action, you can visit the South Asheville Cemetery “online grave viewer”, which uses the Google Earth API to display the info directly on the site.