We recently came across this story. Apparently India is considering enacting laws which would require companies providing mapping data to get a licence and approval before disseminating maps of any kind within India. The government appears to have two major concerns. One is the correct depiction of India’s borders (as claimed by India in the case of disputed borders), and the other is a security concern about showing sensitive sites on maps.

Almost every country has had some form of censorship laws with regards to maps, but most have largely given up due to the proliferation of maps and imagery that they have no control over.

We have in the past looked at censored imagery in Google Earth, and in most cases it is aerial imagery, which a country does have legal control over. However, most obviously censored locations have alternative uncensored imagery and the censorship only serves to draw attention to the location. Censoring satellite imagery is difficult, but not impossible. If you look at the maps of imagery updates over the last year then you will notice that Iraq, Afghanistan, Ukraine and Syria have not had any updates in the past year. We have also noticed that the Spratly Islands in the South China Sea also have not received any updates since they started to get attention due to China building artificial islands there. We do not know if this is a case of censorship or not. Hawaii, has also not received updates in the same time period and we can think of no reason why that would be censored.

Several countries have apparently censored 3D imagery, most noticeably, Greece, where Airports do not receive 3D coverage. But they do have satellite imagery and in some cases Street View. 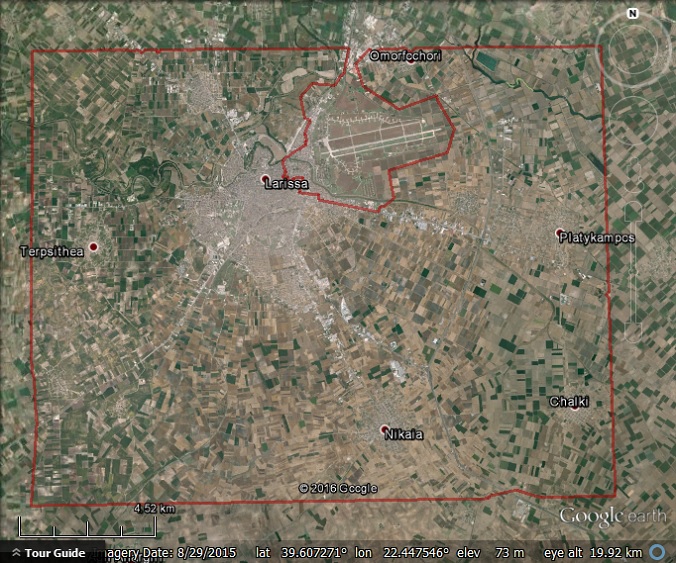 The 3D imagery around Larrisa, Greece, clearly avoids the airport.

China has strong laws about mapping and insists on its maps being offset slightly from GPS coordinates for security reasons. In this they have been largely successful, but they have no control over satellite imagery when viewed outside China, so that is correctly aligned.

Disputed borders are often displayed differently, depending on which country you view them from in order to comply with the laws of the countries in question and the same may apply to disputed names of geographic features.

The end result of all this is that censorship laws on maps typically only affect the citizens of the country in question as the laws are unenforceable outside the country’s borders.