In March this year we had a look at Planet Labs, a satellite imaging company whose goal is to use large numbers of small, cheap satellites to image the entire globe as frequently as possible. In this respect they are quite similar to Google’s Skybox Imaging and Satellogic.

Planet Labs is making good progress and expects to achieve daily global coverage some time during 2016. To showcase their imagery they have released a Google Chrome extension called Planet View which is almost identical to Google’s Earth View, that we have looked at in the past.

They have also made available an archive of imagery of the state of California. Access to the imagery is currently controlled and is intended for people wishing do develop applications around the imagery using provided APIs rather than for casual use. However, the imagery itself is being shared under an open license with few restrictions other than the requirement to give proper attribution.

We downloaded an image captured in the same region as the Landsat image we looked at in this post. We are not sure what resolution the imagery is but we would guess about 2 to 3m per pixel. This is not nearly as good as DigitalGlobe imagery that can be better than 30cm per pixel, but considerably better than Landsat imagery at 30m per pixel. For comparison see the same location below seen with a Planet Labs image, Google aerial imagery and a Landsat image. 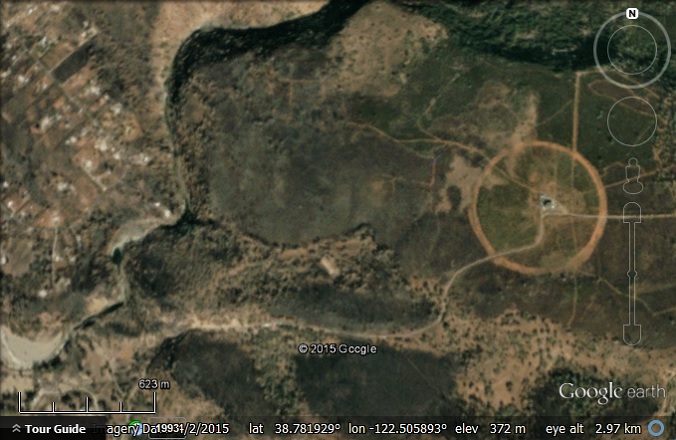 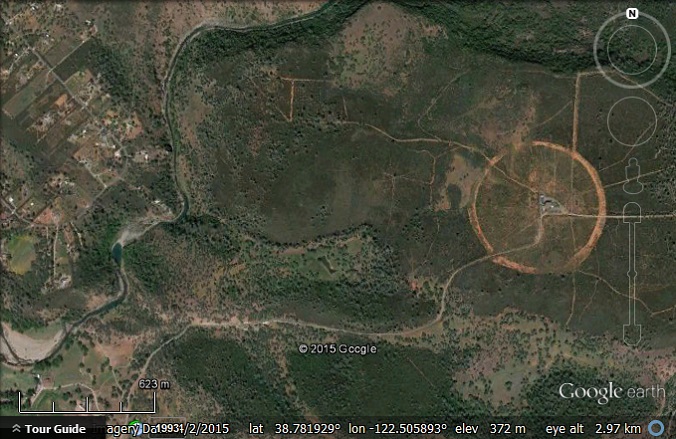 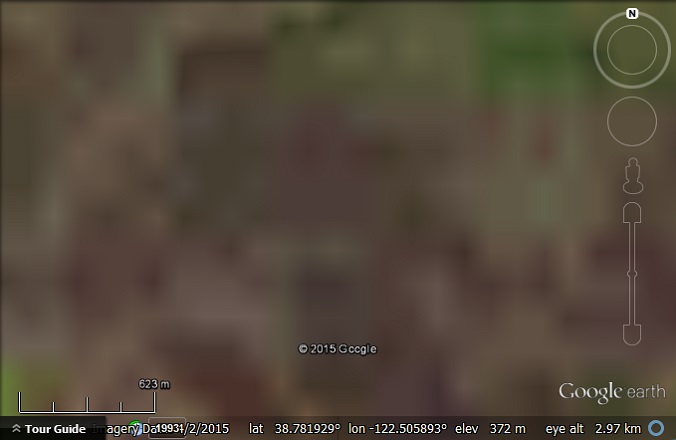 Landsat image. Landsat may be capable of slightly better resolution than this as this image was compressed slightly when imported into Google Earth.

The Planet Labs image was provided as a 22Mb tiff file. In converting it to JPEG in order to make it a bit smaller for sharing we ran into the same problem we have with Landsat imagery in that JPEG does not support transparency. It does, however make it ten times smaller, so it is worth it, even though it creates a white background around the image. To see the Planet Labs image in Google Earth download this KML file. To see the Landsat image of the same area for comparison, download this KML file.

The burnt area is much more visible in the Landsat imagery, probably because it uses a different range of light frequencies.