[EDIT – 10-Jan-2006: this network link is currently not working. The author who supported it recently went to work for Flickr and is migrating it to new servers at Yahoo (who own Flickr).]
This is truly an amazing feature of Google Earth. It’s all about the network link – a feature Google Earth has to allow a place you are viewing to tap into applications or data running on someone elses server on the Internet.
Imagine being able to find the photos anyone has taken near the place you are looking at in Google Earth. Imagine little icons of the photos appear magically at the coordinates where the photos were taken from within Google Earth. Now, follow this link

to watch it happen right now! (NOTE: Turn this Place link on, then place yourself at a place of interest and wait 30 seconds or so. Little photo icons should start appearing if there are photos at Flickr near those coordinates. If not, try moving to a more popular location or zooming out a bit.) 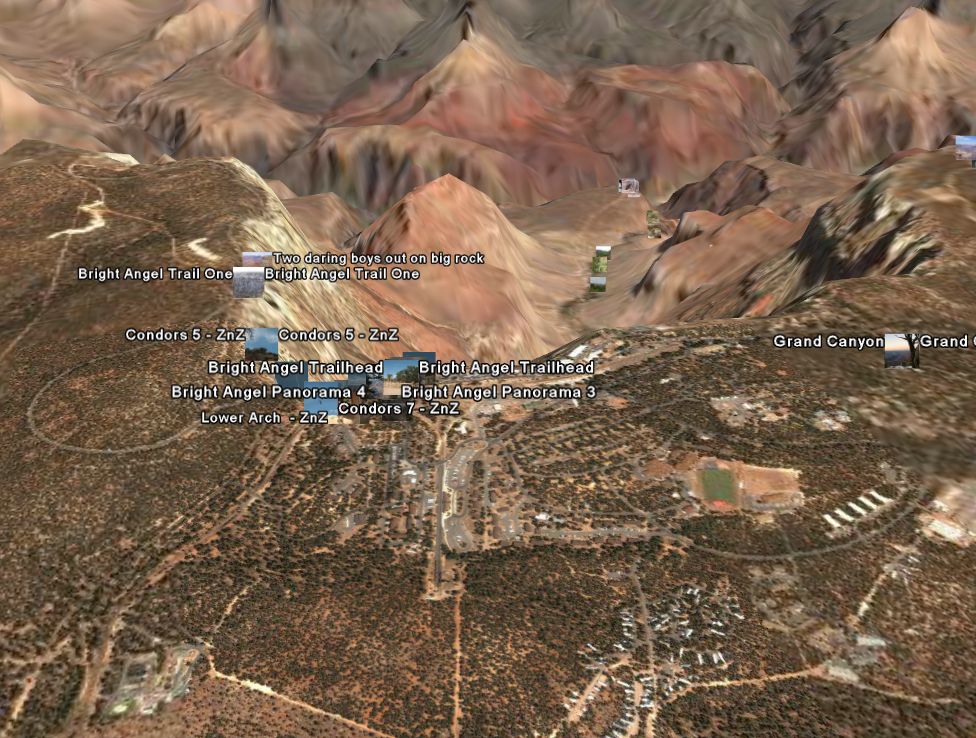 You can click on the little photo icons and a pop-up cloud appears with a link “View at Flickr” which will let you see the full-sized photo.
The Network Link is the most power feature within Google Earth. There are already lots of interesting features being implemented using the network link and I predict there will be even cooler features coming out soon.
I found the Flickr 50 network link through this post at the Google Earth Community.