April 22nd is Earth Day, which we traditionally celebrate by looking back at some of the environment related stories of the past year. 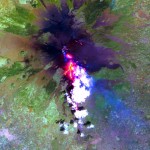 Japan and NASA made the imagery from ASTER available to the public for free. Thank you to GEB reader ‘sanchezpaus’ for letting us know that the ASTER imagery is better resolution than satellite imagery at 15 m per pixel for ASTER imagery vs. 30 m per pixel for Landsat. This means the vast imagery database will be of significant interest to people doing environmental research that requires satellite imagery. 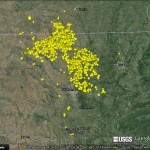 We had a look at the increased frequency of earthquakes in Oklahoma. Google Earth combined with data from the U.S. Geological Survey (USGS) makes an excellent tool for studying the geographic distribution of earthquakes with time.

We heard about an ice sheet in Antarctica slowly cracking and used Landsat imagery to watch it crack in Google Earth. 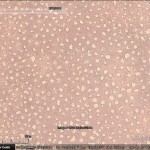 We had a look at a phenomenon known as ‘fairy circles’ and earlier in the year had a look at the patterns made by ant and termite nests.

Google’s Skybox Imaging was renamed Terra Bella to indicate a change of focus from just a satellite imaging company to pioneering the search for patterns of change in the physical world. We expect to see a number of environment related projects come out of Terra Bella in the future. 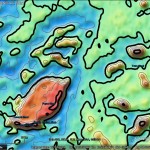 Google updated the Google Earth sea floor map with higher resolution data from a variety of sources, including the Scripps Institution of Oceanography, University of California, San Diego and the Lamont-Doherty Earth Observatory. 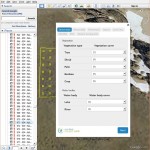 We had a look at a tool called Open Foris that works with Google Earth to make mapping land use and land use change easier. 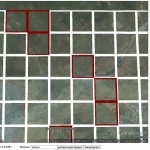 We had a look at a tool that is very similar to Open Foris, but uses the Google Earth API. It was used to map land use in East Africa to aid in the study of African Wild Dogs. 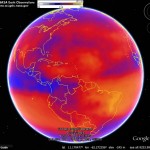 NASA Near Earth Observations (NEO) data is a large collection of multi-year global datasets. We had a look at how to import them into Google Earth and make animations from them. 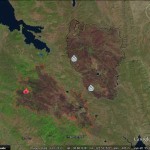 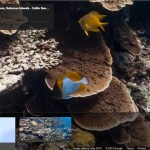 The Catlin Sea View Survey is a project to document the worlds reefs in 360 degree panoramic photography. The results can be seen in Street View. We had a look at it on World Oceans Day last year. 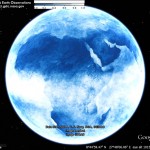 We had a look at some average cloud cover maps from NASA. 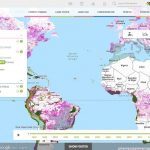 Rebecca Moore, Engineering Director for Google Earth and Earth Engine & Outreach wrote an interesting article about three projects (Global Forest Watch, Project Sunroof and Methane Maps) that Google is doing in collaboration with others using technology to achieve sustainability goals. We discussed the possible reasons why Google Earth was not used in these cases.