We noticed a few months ago that the Google Earth placemark popups now usually include a photo, a short description and some basic facts about a place. It turns out that the information displayed is identical to what is shown in Google Maps when you search for a location.

Today we are looking at only the popups for places found in the “Borders and Labels” layer. Tomorrow we will look at places from the “Places” layer. 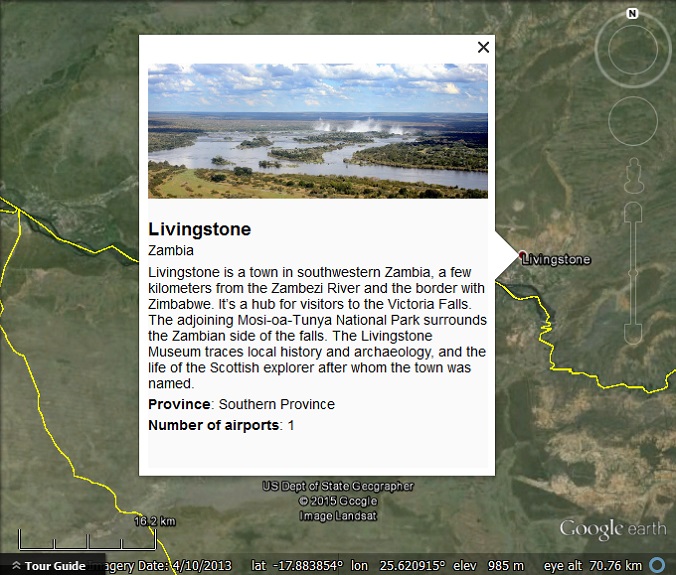 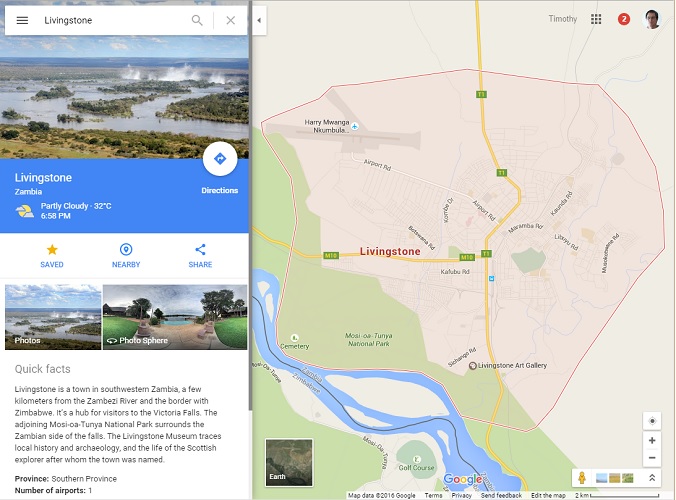 As far as we can tell, the data cannot be managed through Google Map Maker, so it must be managed by Google staff. The information seems to come from a variety of sources, sometimes Wikipedia, sometimes UNData and sometimes it is not stated where it comes from. The choice of facts shown also seems to vary considerably.

Although the text often comes from Wikipedia the other statistics do not appear to do so. For example, the population statistics are often quite a bit older than what is available on Wikipedia.

The photos can also be somewhat inaccurate. For example the photo for Linda, a township in Livingstone, shows a picture of the gorges below the falls. It was probably automatically picked from the photos layer and had been originally incorrectly placed. The photo for Zimba, another town in southern Zambia just shows a view of trees and grass. The photo probably does come from a location nearby but is not really representative of the town.

If any of our readers knows when the placemarks were changed to their current format please let us know in the comments.

As with all mapping data in Google Earth if you notice mistakes the way to get it corrected is via feedback links in Google Maps, as Maps is the primary source of the data in most cases. If you are willing to put in more effort then you can also use Google Map Maker.

While researching this post we discovered a mistake with the Capital of Belgium. It is shown in Google Earth twice as Brussels and Brussel. We believe the issue is in Google Maps data, which shows two versions of the border, depending on whether you search for Brussels or Brussel and has other issues as well. 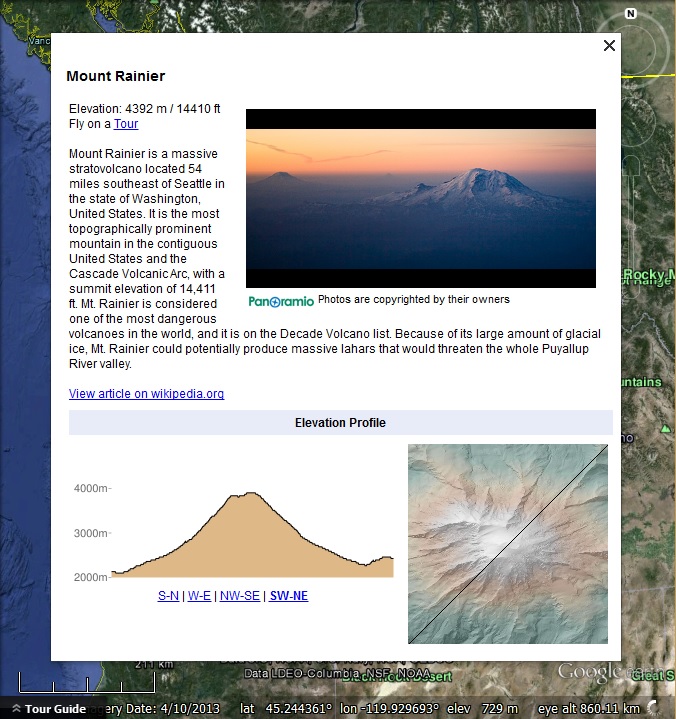 Mountains have their own special type of placemark, which doesn’t exactly match Google Maps. In the case of Mount Rainier above, the Google Maps version has a more up-to-date copy of the Wikipedia text but lacks the elevation profile data.