We have recently been looking at some of the features exclusive to the now free Google Earth Pro. Today we are looking at the ‘regionate’ feature.

The regionate tool is a way to make large datasets easier to work with by limiting the number of items displayed in Google Earth at any given time. How it does this is explained in this YouTube video from the Google Earth help page:

We decided to try it out using a KML file that we found on the Geo-Wiki site that we looked at yesterday.

The file we tested with, the Geo-Wiki validations dataset from the downloads page, contains just over 58,000 features. When we opened it in Google Earth it made the application sluggish and it was quite difficult to navigate around to view the data. We used the regionate tool, and it split the KML into 6,589 separate files all linked together from a master KML file. All the data was still there, but you don’t see all the features until you zoom in, making Google Earth much more responsive. However, the regionation means that you loose the overall picture and it is no longer easy to see which areas have large clusters of points. In addition, although it would be possible to distribute the regionated files as a zip file, there appears to be no easy way to distribute the regionated data as a single file that can be loaded directly in Google Earth. So although this feature would clearly be very useful and practically necessary for very large data sets, it may not be the most suitable solution in all cases. 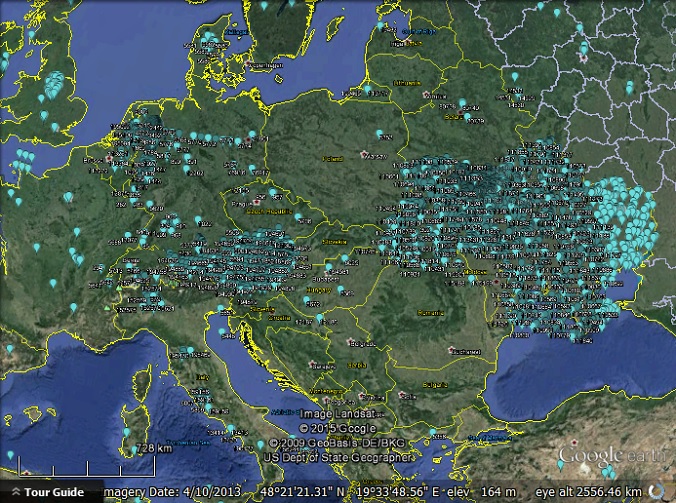 Before regionation, Google Earth was sluggish and the map is cluttered. 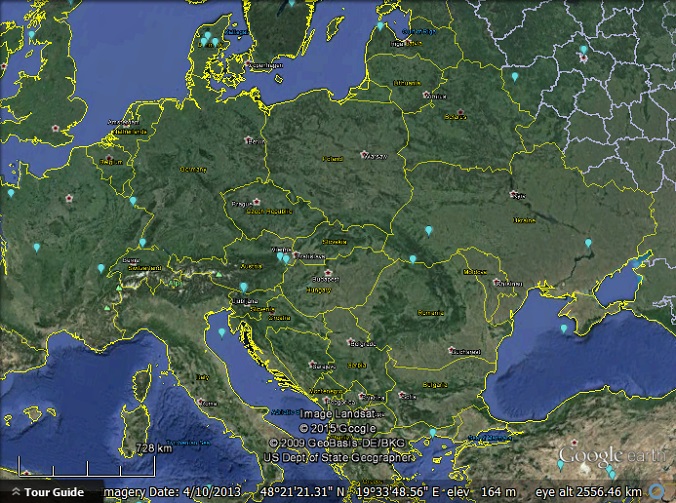 After regionation, a lot lest clutter, and Google Earth works smoothly, but large scale patterns are lost.