Just a few days ago we talked about some of the great volcanoes that can be seen in Google Earth. Almost on cue, the NASA Earth Observatory has released some amazing imagery of the Shiveluch Volcano in Russia. 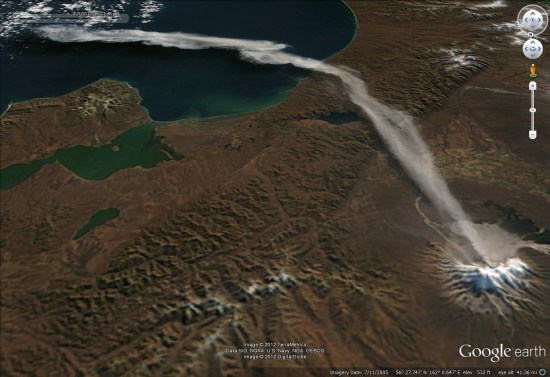 The image was captured just three days ago, and clearly shows the ash plume which had already traveled roughly 140 miles from the summit of the volcano.
From their page:

Shiveluch (also spelled Sheveluch) ranks among the biggest and most active volcanoes on the Kamchatka Peninsula. Rising to 3,283 meters (10,771 feet) above sea level, Shiveluch is a stratovolcano composed of alternating layers of hardened lava, compacted ash, and rocks ejected by previous eruptions. The beige-colored expanse of rock on the volcano’s southern slopes (visible in both images) is due to an explosive eruption that occurred in 1964. Part of Shiveluch’s southern flank collapsed, and the light-colored rock is avalanche debris left by that event.

NASA has released a high resolution jpg of the imagery, and also a KMZ file

so that you can view it in Google Earth.
(via EarthObservatory)

What was the largest volcanic eruption of the 20th century? Perhaps Mount St. Helens in 1980 or maybe Mount Pinatubo in 1991? The answer is actually Novarupta, a volcano that erupted in 1912 and was three times the size of the Pinatubo eruption and 30 times larger than Mount St. Helens.

The volcano is relatively unknown because of its remote location in southern Alaska, and that also means that the imagery of the area isn’t especially great. However, the NASA Earth Observatory just released an excellent image that was captured in August, 2002, that gives us a great look at the volcano. 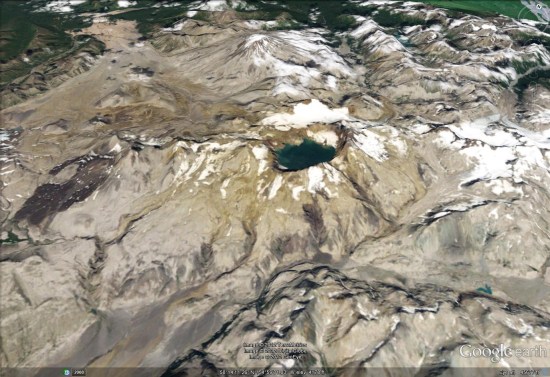 The eruption was so massive that dust was found as far away as Puget Sound, Washington, and the ash from the volcano circled the globe and caused lower global temperatures for a year.

or you can read more about the eruption on the NASA Earth Observatory site.

Earlier this month, a volcano erupted in the Red Sea with fisherman reporting the lava fountains reaching heights of up to 30 meters! The imagery of the eruption, captured by NASA’s EO-1 (“Earth Observing-1) satellite, shows an amazing plume of ash and water vapor. 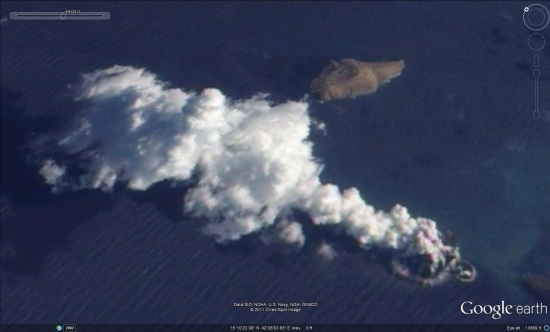 This volcano erupted in an area of previously unbroken water, and apparently caused the formation of a new island, seen here: 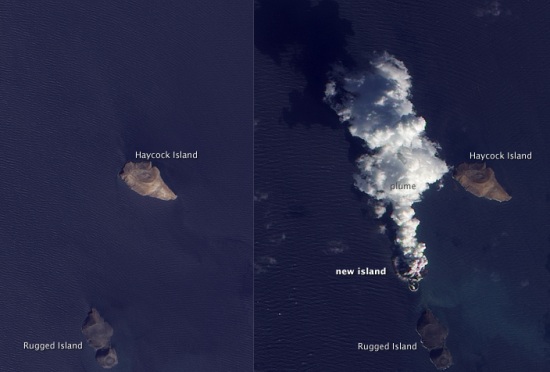 You can read more about this on NASA’s Earth Observatory site or see it in Google Earth by using this KML file.