We’ve written a few posts recently with information about Japan in the wake of their horrible earthquake and tsunami, but the data keeps pouring in so here’s an update on everything that is available to you.
On Friday, we listed all of the available resources, including Google’s very useful People Finder tool. On Saturday, Google started pushing out fresh imagery of the area, courtesy of GeoEye. Check out that post for the list of cities available.
Since then, they’ve also released imagery for Sendai and the surrounding area, which you can view using this KML file

.
To make it easier to keep up with all of this new imagery, Google has created an all-in-one KML file

that includes all of the various imagery updates. On top of that, they include some stunning before/after placemarks for areas that were hit especially hard. Here is an example: 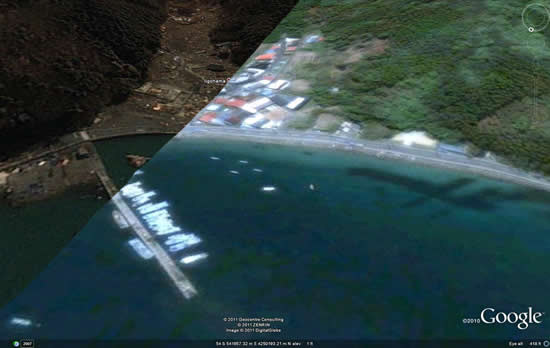 For easier viewing, those before/after shots can also be found in this Picasa web album.
The LA Times has built an interactive timeline of the quakes. 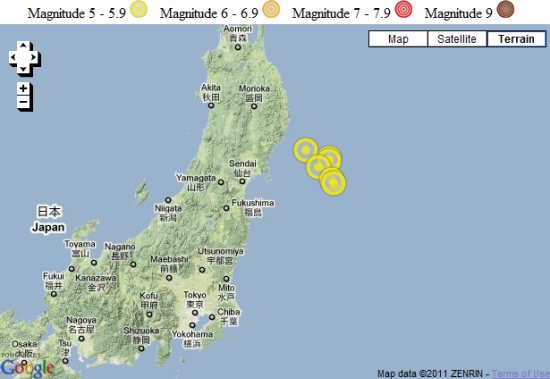 The Washington Post used Google Maps to show their “Wave of Destruction” map, highlighting some of the hardest hit areas. 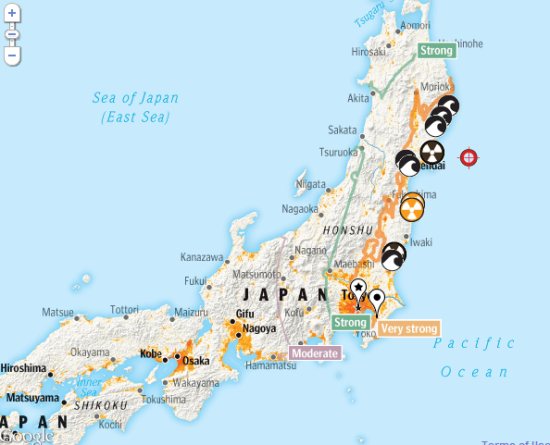 Harvard built a map to show the location of all of the nuclear sites in Japan. 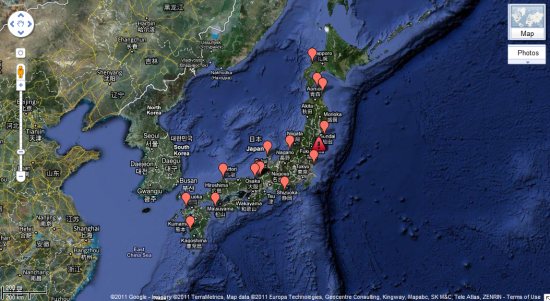 Google Maps Mania also has quite a few more Maps-based resources listed in these two posts.
Finally, Google’s @EarthOutreach twitter account remains to be the best source for updated info/maps, so keep an eye on them.

GeoEye is moving very fast after the major earthquake and tsunami that struck Japan yesterday, already pushing out some fresh imagery from Tokyo, Kamaishi and Kushiro.
[UPDATE: Fukushima and Yokohama now available as well] 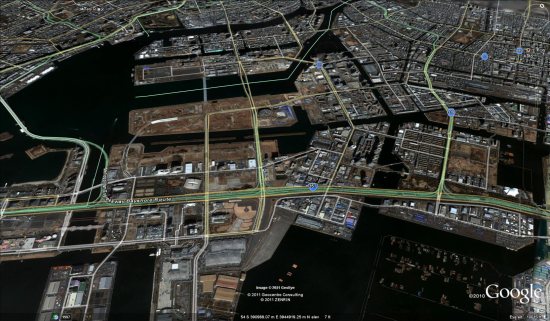 To see the imagery for yourself, simply download the appropriate file below:
• Tokyo: KML

They’re posting continual update on the @EarthOutreach Twitter account, so stay tuned to that for the most recent imagery as it becomes available.
Also, they’ve just created a special Google Map to show all of the fresh imagery they’ve pushed out, so keep an eye on that as well.

As I’m sure you’ve heard, Japan was hit this morning by a massive earthquake and subsequent tsunami. There are already a variety of Earth/Maps-related resources to provide information about the quake, and we’ll summarize them here.
The first is Google’s People Finder, a tool that they provide in these types of situations. You can also visit their Crisis Response page for much more information.
Next is also a Google Map showing the location of temporary shelters that have been set up in Japan.

Next is this Google Gadget

Next is a map showing earthquake-related Tweets from Japan. 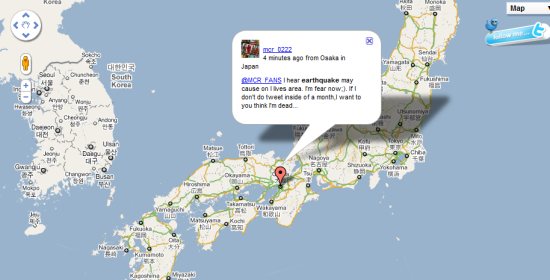 Lastly we have a collection of maps from the US Geological Survey that gives a lot more information about the quake and tsunamis. 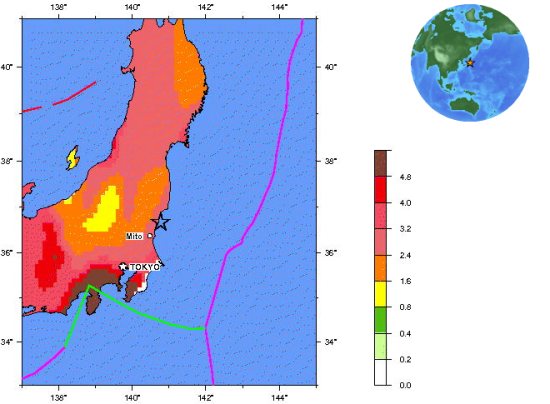 [UPDATE: How you can help] To donate $10 to the relief efforts, users in the US can text “REDCROSS” to 90999 and users in Canada can text “REDCROSS” to 30333. You’re also encouraged to visit the Red Cross donation site and contribute there.
If you have more sources of useful geo-related data about the quake, please leave a comment and let us know.
(via Google Maps Mania and Visualizing Data)