This weekend, on January 14th, SpaceX hopes to return to flight with their first launch since the explosion last September on the launchpad of their rocket carrying the Amos-6 mission. As fans of SpaceX, we thought this would be a good time to have a look at some SpaceX related sights in Google Earth. 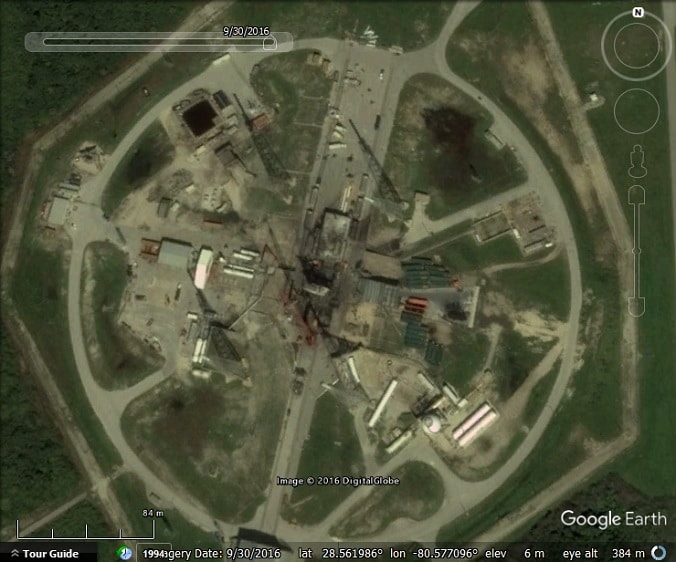 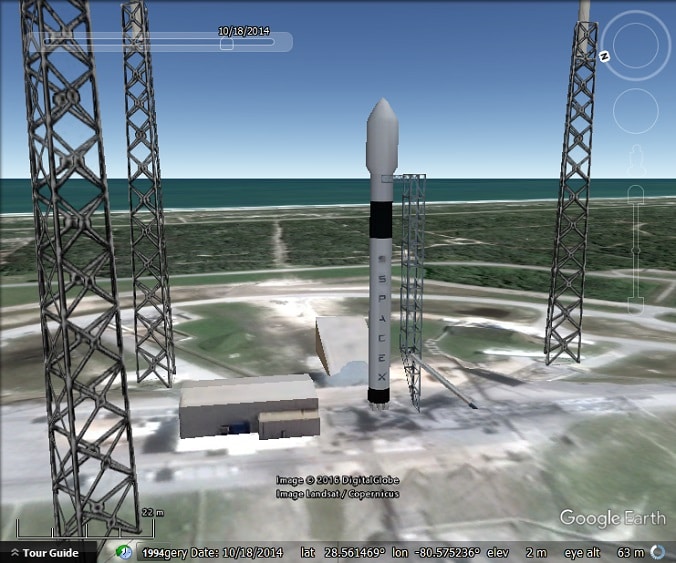 If you switch to ‘historical imagery’ with the 3D buildings layer turned on, you can see a 3D model of a SpaceX rocket on the launch pad.

SpaceX is noted for being able to (some of the time) land the first stage of their rockets either on land or on an autonomous spaceport drone ship. 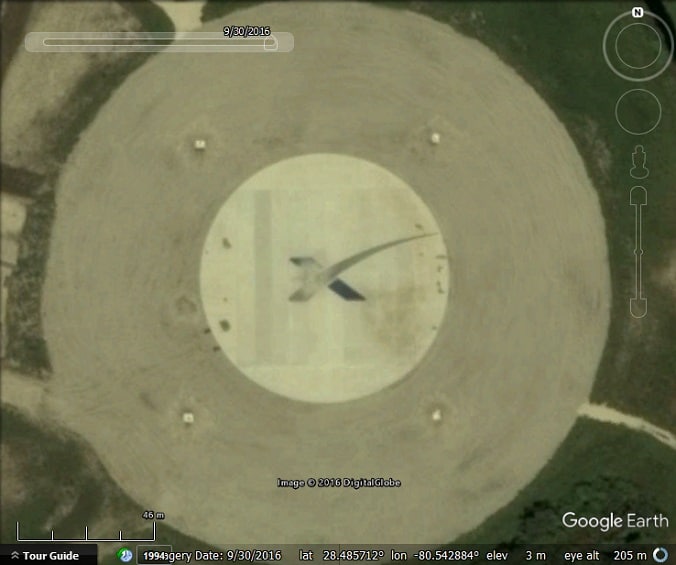 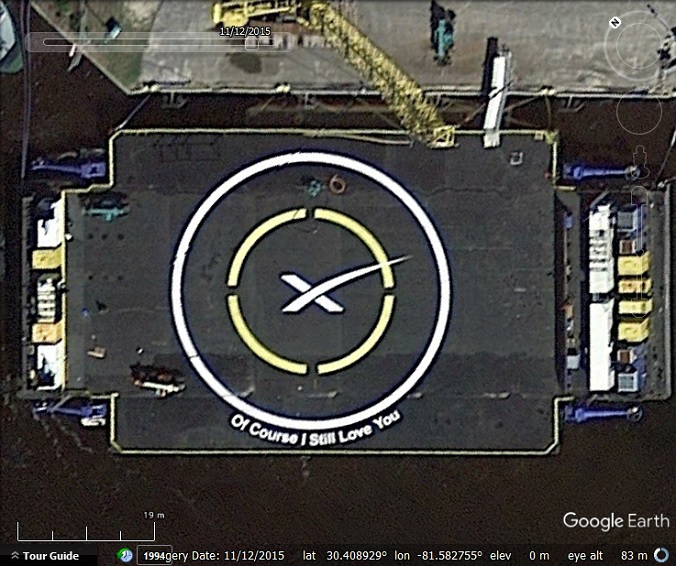 One of SpaceX’s autonomous spaceport drone ships named ‘Of Course I Still Love You’ in Port of Jacksonville, Florida. 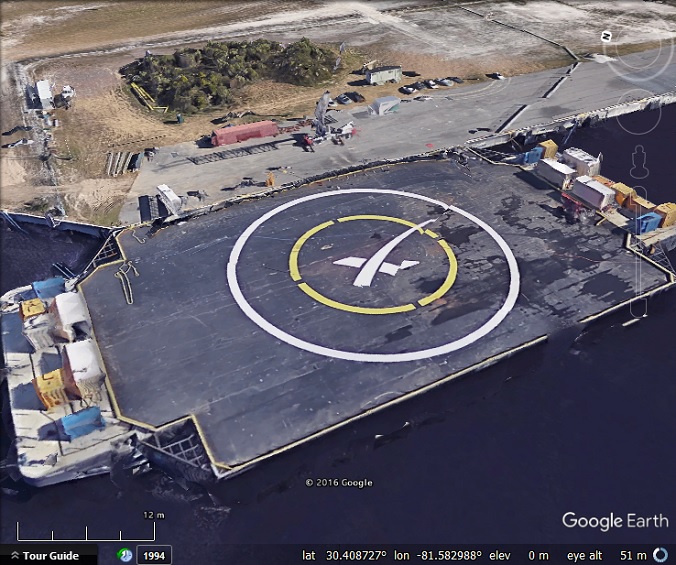 One of the drone ships in Port of Jacksonville, Florida as seen in 3D imagery. We are not certain which as there is no name and the deck layout is slightly different from ‘Of Course I Still Love You’

‘Of Course I Still Love You’ can also be seen in Port Cape Canaveral in October 2016. See the KML file at the end of the post for the location. 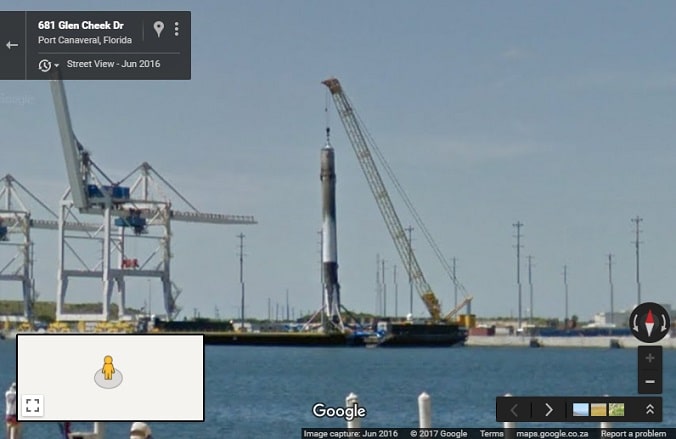 A successfully landed first stage being unloaded from ‘Of Course I Still Love You’ in Port Cape Canaveral in June 2016. See in Street View.

Note that you can also explore some of the launch complexes in Street View. 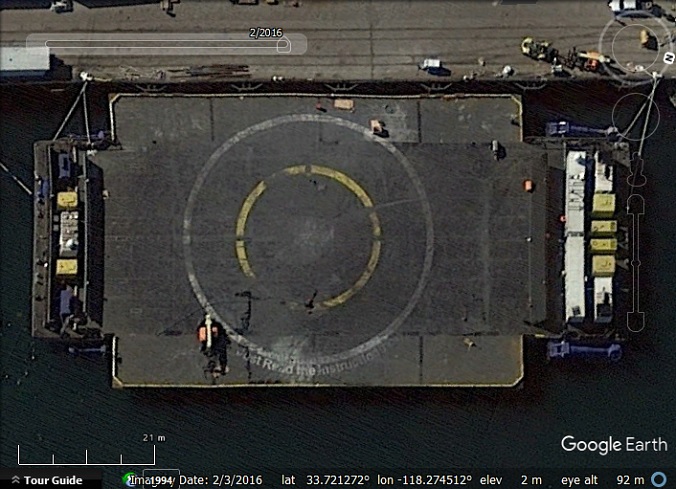 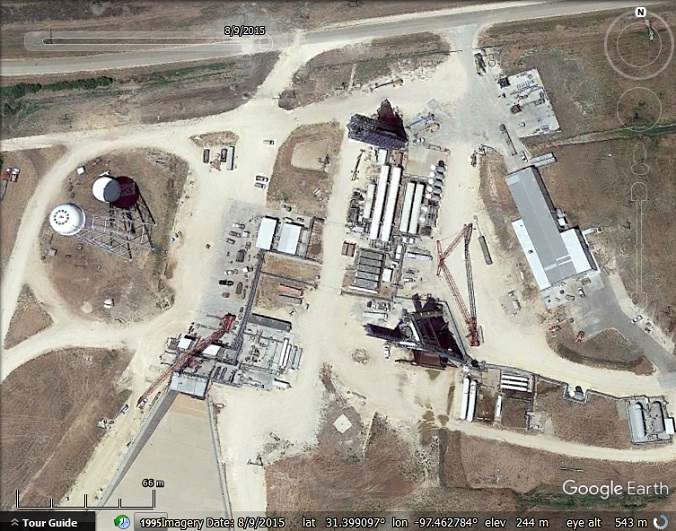 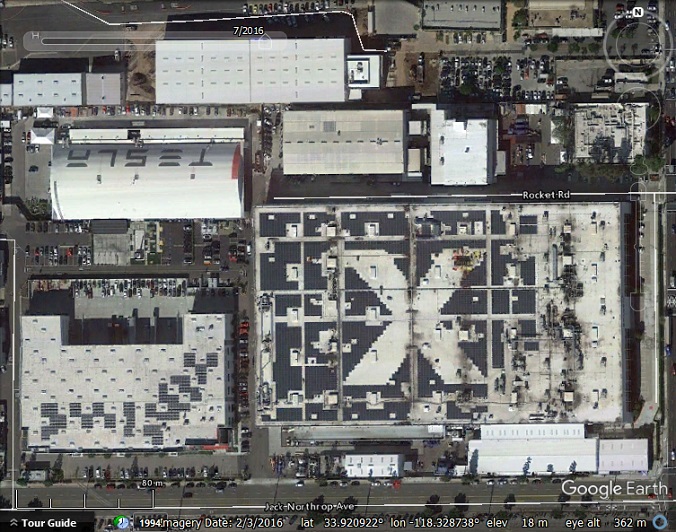 For the above locations and more, including the location of a planned private spaceport at the southern tip of Texas, download this KML file.