Among his other work, such as this interactive map of nuclear reactors, Declan Butler of Nature magazine has created some excellent visualizations of the Avian Flu.  Frank first posted about his work back in 2006, and his visualizations have consistently improved since then. His latest maps offer some great insight into the potential spread of the virus.

As of now there are 104 confirmed human cases, and 21 deaths, mostly near Shanghai, but there is a good deal of concern about when and where it might spread next. 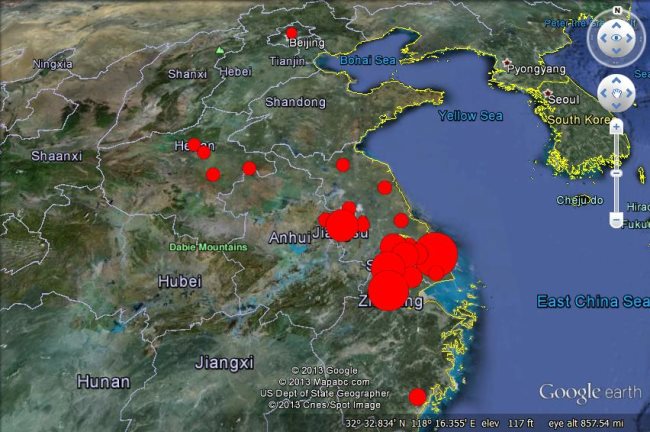 Along with the map above, which shows the current location of infections (and can be viewed in Google Earth with this KML file

), Declan has also created a few maps showing the potential spread of the virus based on the spread of the earlier bad strain of avian flu H5N1.

The map below shows the risk of infection based on the assumption it will follow a similar spread as the H5N1 flu. Darker areas indicating a higher risk.  This map can be viewed in Google Earth with this KML file. 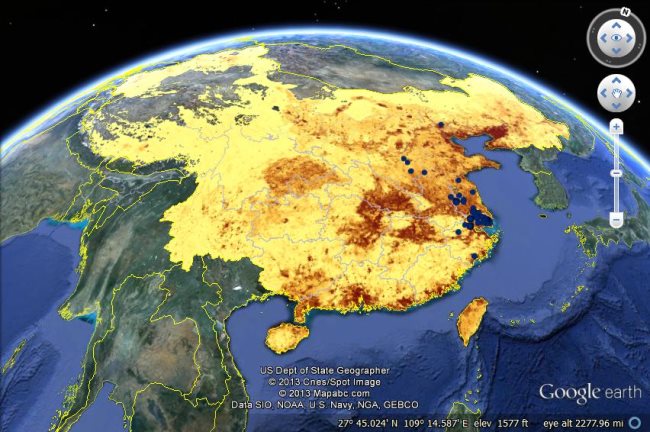 Declan’s work includes other maps and studies and is worth checking out.  You can view the full article on Nature Magazine’s website here.