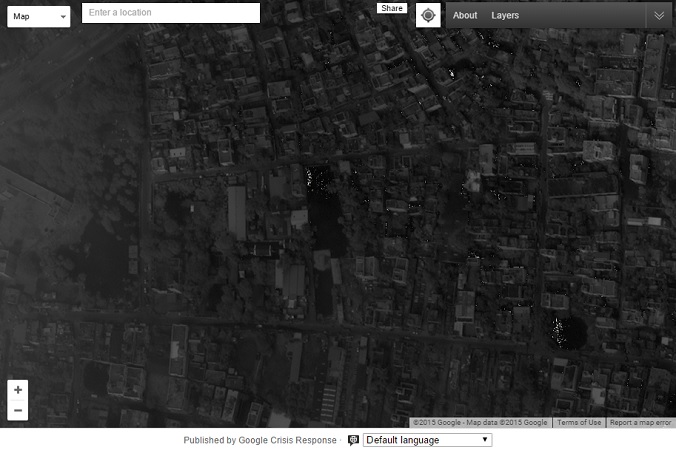 As we have discussed before, Google Earth shows different imagery at different zoom levels. When in the default view, the global image used is created from Landsat imagery.

The landsat imagery, however, does not quite cover the whole globe. The oceans are excluded, as well as the poles, but most curiously is the fact that recently the country of Moldova has got its own set of imagery. 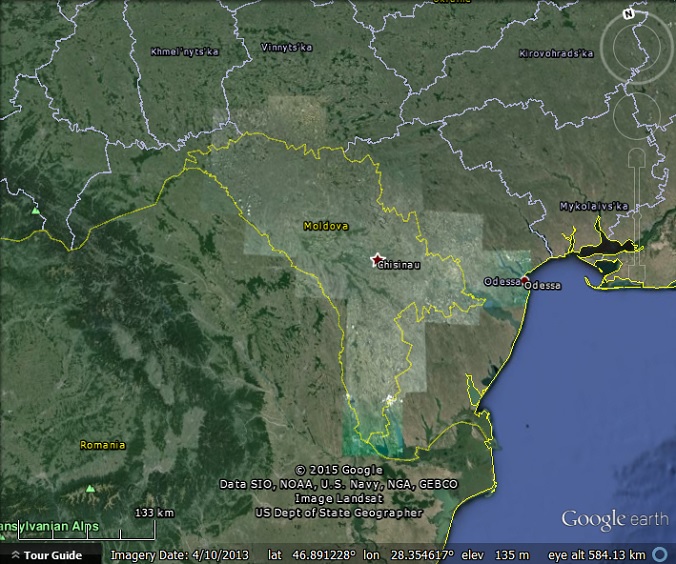 The imagery over Moldova stands out, as it has not been blended into the rest of the imagery.

We are not certain when it was changed, but it was apparently after we took the screenshot used in this post in July.

The imagery shows the copyright message Cnes/SPOT Image. We do not know why only Moldova was changed and we can’t think of any reason for it. It is only low resolution imagery and only visible when zoomed out. When you zoom in most of the country has higher resolution satellite imagery supplied by DigitalGlobe and CNES/Astrum.

If any of our readers knows what the reason is, please let us know in the comments. 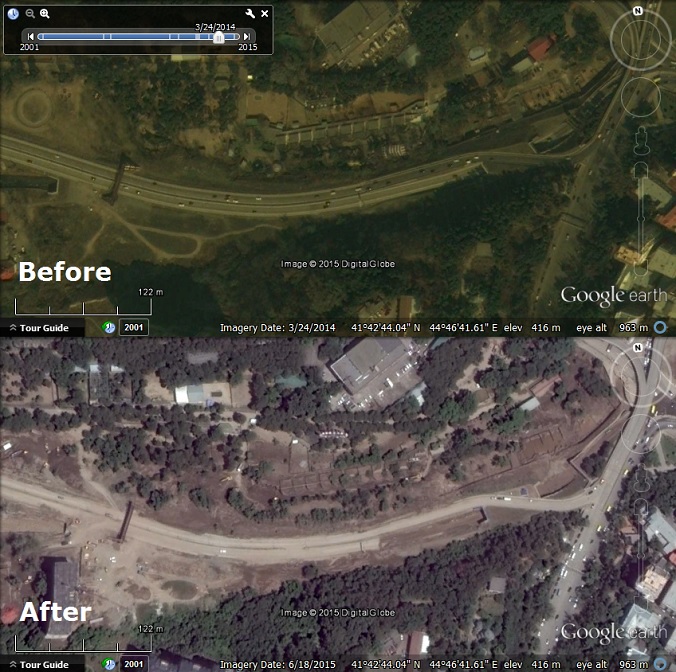 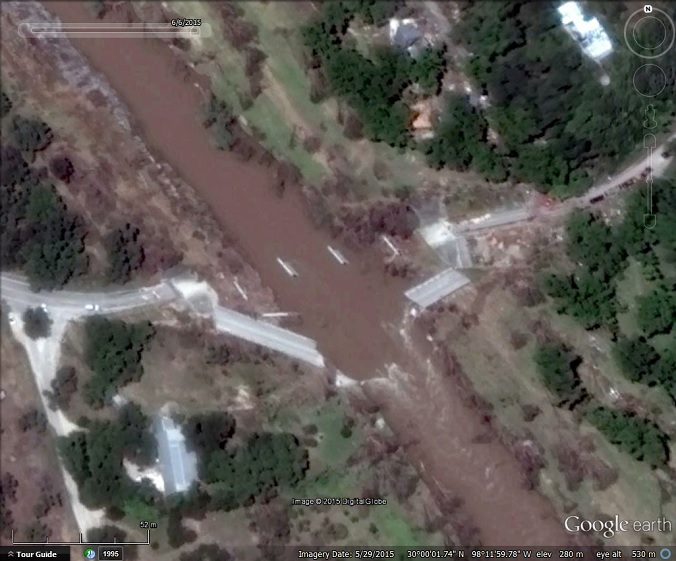 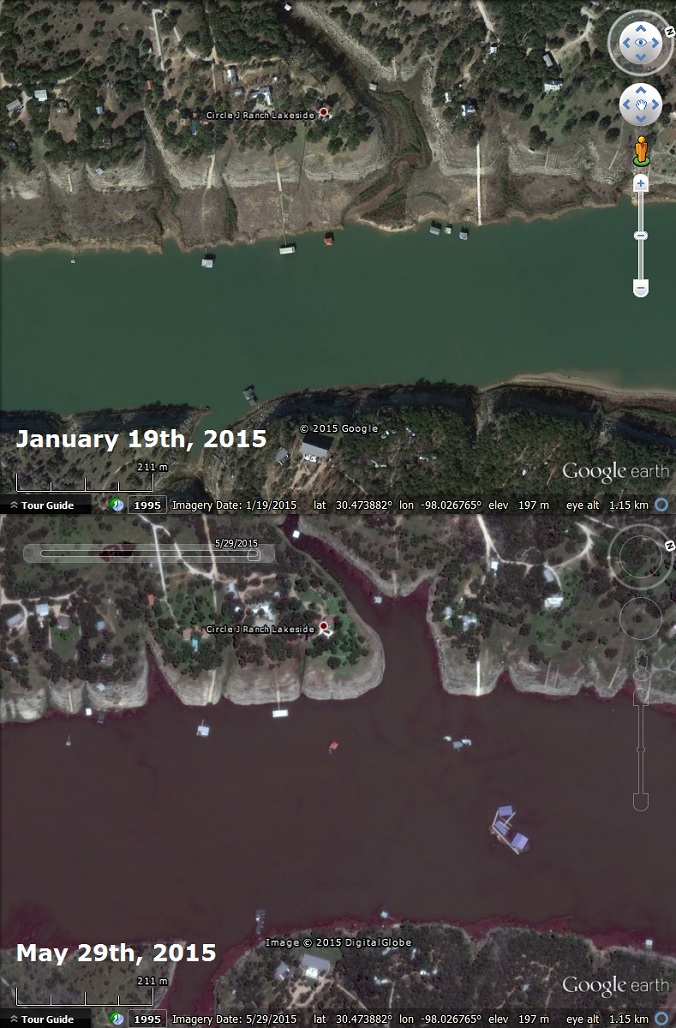 When Landsat 8 imagery was made available on Amazon AWS our first question was: ‘how easy will it be to view it in Google Earth?’. This is our experience trying to answer that question.

The Landsat 8 satellite has a number of different cameras that capture imagery in different wavelengths. For details of the various sensors see this article. What we want to do is try to get a true colour image into Google Earth, which involves combining the three colour bands (2,3 and 4) and the panchromatic band (band 8) to provide extra detail (a technique known as pansharpening).

The first step is to decide which part of the globe you wish to look at. Landsat 8 covers almost the whole globe every 16 days. The imagery is arranged into strips and rows and you need to determine the strip and row of your point of interest. We used the USGS Global Visualization Viewer for this purpose. It requires the Java plugin, which Chrome says will soon be unsupported. An alternative is USGS Earth Explorer. Both websites also help you find what Landsat imagery is available for a given point of interest. Look for one with either minimal cloud cover or as close as possible to the date you are interested in. We chose an image of the Cape Town region captured on July 1st, 2015. Take note of the scene ID, which in our case was LC81750832015182LGN00.

Next you need to find the relevant imagery on Amazon AWS. Amazon has a well written explanation for how the imagery is organized and how to access it. In our case, we chose to download it using a web browser directly from the URL, which for our image was:
https://landsat-pds.s3.amazonaws.com/L8/175/083/LC81750832015182LGN00/index.html

Next, download the only file that is a *.txt file, as well as the files ending in B2.TIF, B3.TIF, B4.TIF and B8.TIF. Note that they are quite large files, typically about 400MB for all of them.

Next, we need to combine them and we came across a set of useful tools available for free for non-commercial use from GeoSage, which do most of the work for you. (Note that they are windows only.)

After downloading and installing the GeoSage’s Spectral Transformer for Landsat-8 (GUI), we ran it and opened the text file that was downloaded earlier. However, when we tried to run it, it could not read the TIF files as it doesn’t recognize the compression used. So we had to open and re-save each of the images to remove the compression. We managed to do this with the free Gimp image editing software. Having done that, Spectral Transformer worked without a hitch and produced a full colour pan-sharpened and stretched image.

All that remains is to put it in Google Earth as an image overlay and position it appropriately. The instructions for Spectral Transformer suggest that the output image is a GeoTIF and contains the necessary positioning information, but we were unable to get that to work, so we did it manually.

The result is an image that, apart from a little cloud cover, looks nearly identical to the Google Earth imagery – which of course makes sense because, as we mentioned yesterday, Google Earth at this zoom level shows an image that was created from Landsat imagery. 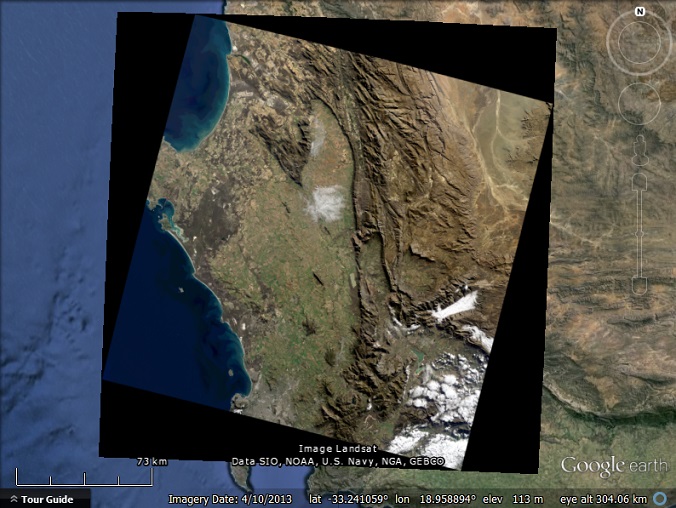 Closer inspection reveals slight differences in crop patterns and water levels in a lake, as the image is of a different date than the Google Earth imagery. If you zoom in any further Google Earth switches to Digital Globe imagery. 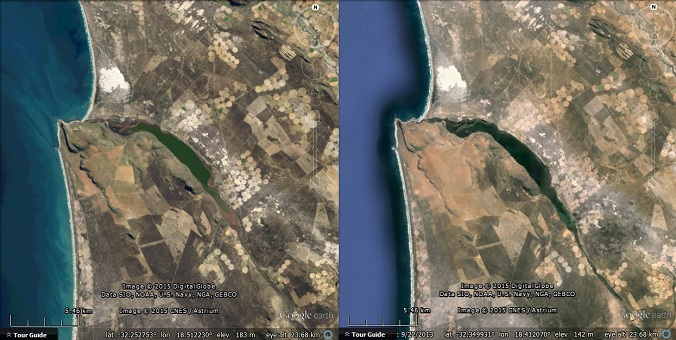 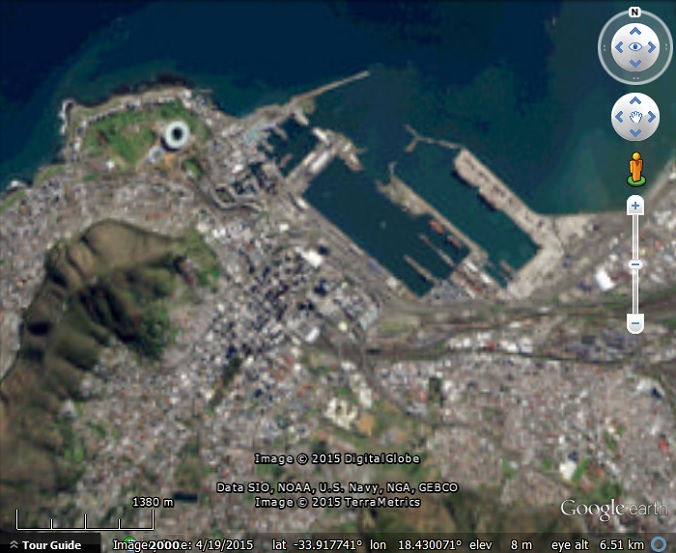 The resolution of Landsat 8 imagery is only 15m for the Panchromatic band and even worse for the colour bands. You can make out larger ships and the football stadium, but individual houses or cars cannot be distinguished.

So, in conclusion, it is relatively easy to get Landsat imagery into Google Earth, but nevertheless probably not worth the effort unless you have a specific reason for doing so. If there was a particular event that was visible at 15m resolution (large wildfires or volcanic eruptions, for example) that happened to coincide with a Landsat 8 pass of that location, then it might be worth it. It could also be useful for looking at large scale vegetation cover changes over time, but if you want to compare more than one or two images, then consider using Google Earth Engine, which not only provides a wealth of tools and computing power specially designed for analysing Landsat imagery, but you might find someone has already done the analysis you are interested in. Another possible reason for getting Landsat imagery into Google Earth is that there may be interesting things to find in the non-visible colour bands that are not part of the current Google Earth imagery.

The image created by Spectral Transformer was 173MB, but we have compressed it with jpeg compression down to 23MB so that you can try it out if you wish, using this KML file 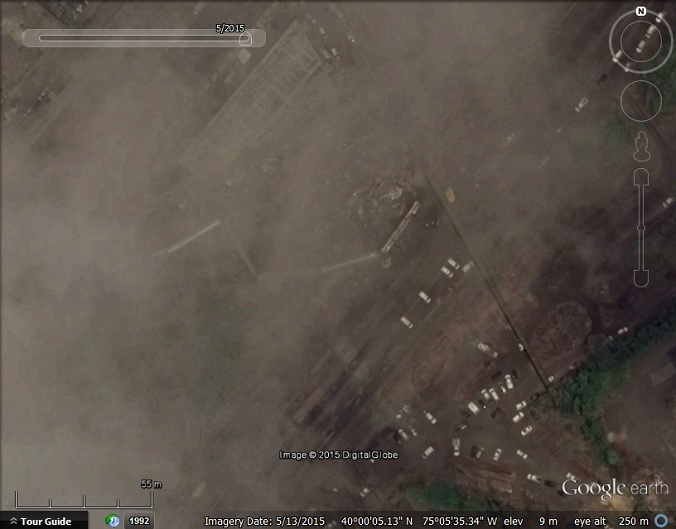