Recently there have been a number of stories, such as this one, about a strange looking structure that can be seen in the Egyptian desert with Google Earth. We thought it was interesting enough to investigate. 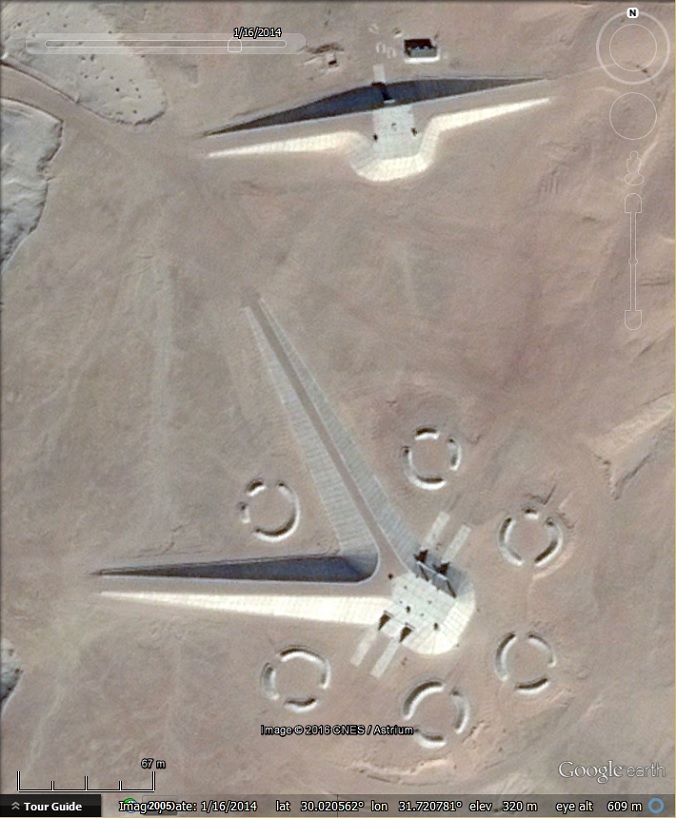 The strange structure in the Egyptian desert.

The story was largely started by this YouTube video. There are some rather wild speculations about what it might be, but the most rational explanation is that it is a military structure. Going through the comments we discover that there are a number of other similar looking sites in Egypt, including the one shown below: 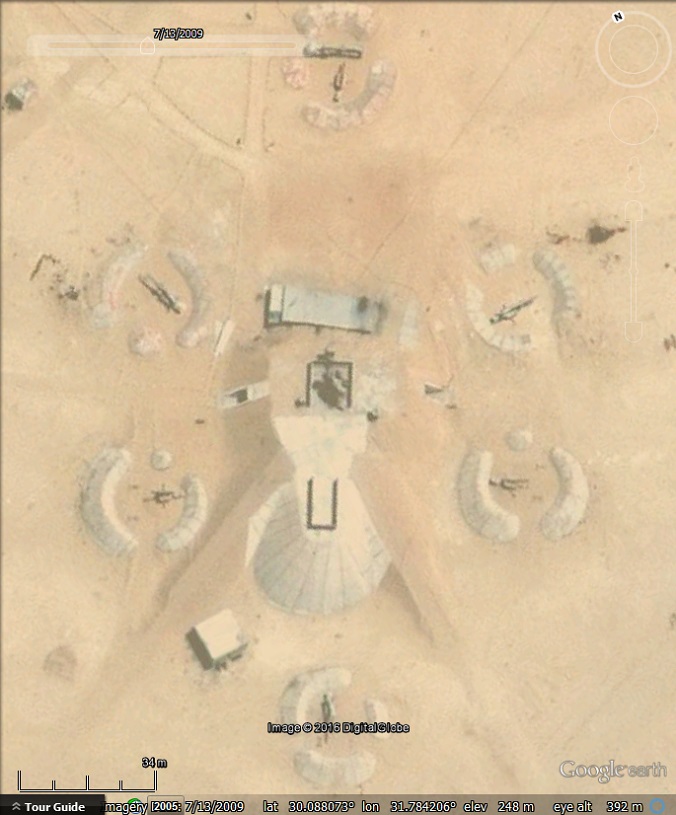 A similar structure, but this time we can clearly see missiles mounted in the circles around the site.

Once we were sure it is a military site, we found this article which talks about the typical layout of Russian-made Surface to Air Missile (SAM) sites. The standard layout is to have a central radar, usually on a raised platform, with a bunker below it and a number of SAMs arranged in a circle around it. And it turns out that there are a lot of them around the world. We could not find a single collection showing all sites around the world, but we have put together this KML file

from a few collections that we were able to find. Links to the sources are in the KML. It also includes the various locations featured in this post. If you are interested in other military collections, see the Google Earth Community.

One of the collections we found features sites for the American made Patriot missile, such as the one below: 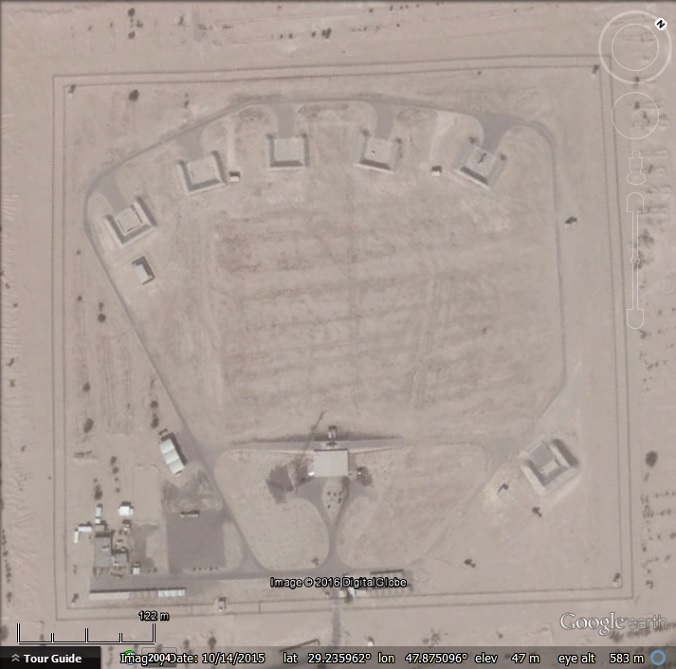 Patriot SAM battery in Kuwait. Note the central command structure with the dual ramps similar to the Egyptian sites.

While looking around Egypt we also came across a couple of single raised platforms with ramps. There is no sign of doors, nearby missile batteries or other structures. 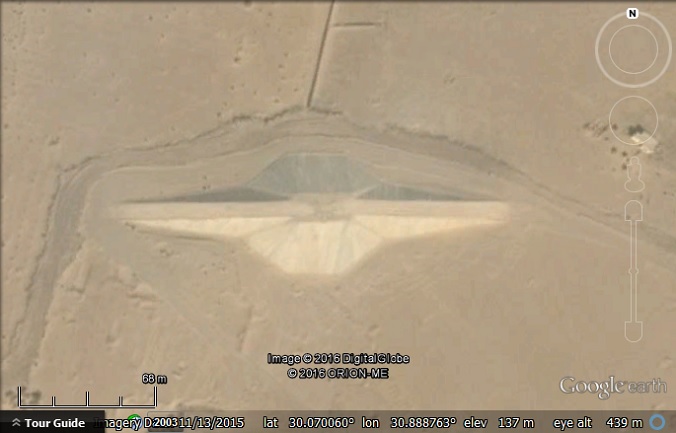 Our guess is that this is a platform prepared for mounting military equipment (probably radar) in time of war.