While nothing has been announced by Google yet, it appears there was recently some fresh 3D Imagery released.  Salt Lake City, Utah and Detroit, Michigan are fresh, and it’s quite likely that there are more cities in this release that we’re unaware of for now. 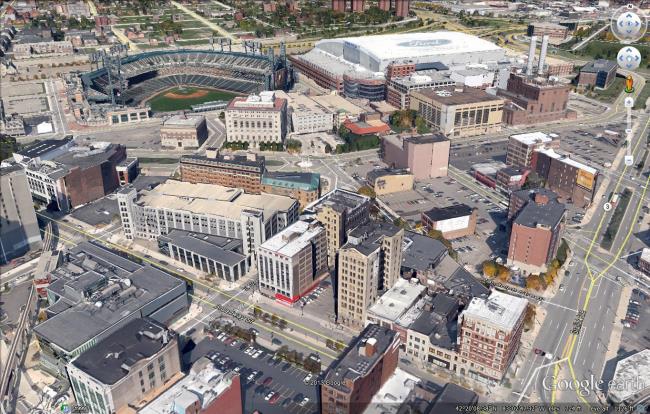 In general, the 3D Imagery is looking a bit better with each update, and this is no exception.  Buildings are sharper and streets are smoother.

However, there are still same crazy artifacts that show up in the middle of streets that are difficult to justify.  More than three years ago Google started using Street View imagery to show amazing lifelike facades on 3D buildings, and I expect they’ll do something similar with the 3D imagery.  Having the Street View and navigation data at their disposal makes scenes like this unacceptable: 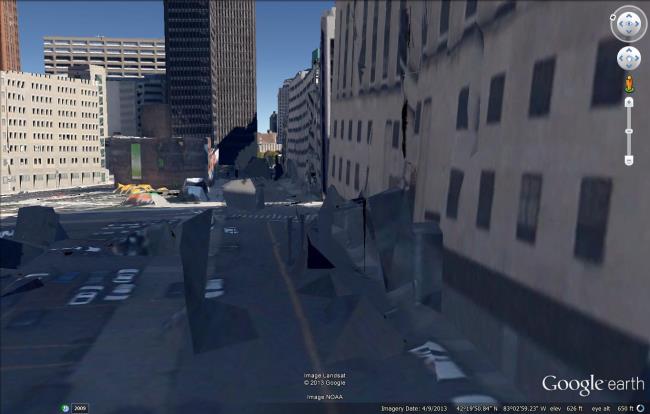 Of course, it’s easy to say “just combine 3D imagery and street view”, and it’s a whole other battle to be able to pull it off.  However, if they can get the two of them to come together nicely it could be an amazing combination.

So far we’ve only found Detroit and Salt Lake City in this update, but if you notice other new cities please leave a comment and let us know.